Lamentation upon the Occasion of Another Christian Apostatizing 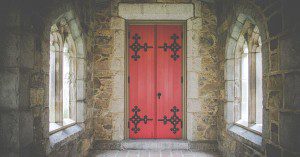 Last night, as I was trying to stagger my way up to bed, I was interrupted by the news of yet another famous Christian singer apostatizing. I was arrested by this now regular occurrence because at first, it seemed to be the very one who authored the endlessly fascinating (to me) Oceans. Truly, I know that if I listen to those lyrics long enough I will untangle the knot of metaphors and discover both who it is that’s sinking in the ocean and what it means to have “trust without borders.” However, after much googling, it appears that maybe several people wrote it. Marty Sampson, nevertheless certainly sang it and composed many other songs that people love. He, in other words, is Christian famous. Not Joshua Harris famous, certainly, but well known enough that people listen to him, follow him, and now are very sad.

As usual, what he said to announce this bold, brave, new life step was telling and tragic:

Time for some real talk…I’m genuinely losing my faith…and it doesn’t bother me…like, what bothers me now is nothing…I am so happy now, so at peace with the world…it’s crazy/this is a soapbox moment so here I go xx how many preachers fall? Many. No one talks about it. How many miracles happen. Not many. No one talks about it. Why is the Bible full of contradictions? No one talks about it. How can God be love yet send 4 billion people to a place, all coz they don’t believe? No one talks about it. Christians can be the most judgmental people on the planet-they can also be some of the most beautiful and loving people…but it’s not for me. I am not in anymore. I want genuine truth. Not the “I just  believe it” kind of truth. Science keeps piercing the truth of every religion. Lots of things help people change their lives, not just one version of God. Got so much more to say, but for me, I keeping it real. Unfollow if you want, I’ve never been about living my life for others. All I know is what’s true to me right now, and Christianity just seems to me like another religion at this point…I could go on, but I won’t. Love and forgive absolutely. Be kind absolutely. Be generous and do good to others absolutely. Some things are good no matter what you believe. Let the rain fall, the sun will come up tomorrow.

The first lamentation, of course, is that this—I won’t say young, because I’m pretty sure, like Josh Harris, he is middle-aged—person was never catechized. That is, he was never instructed in the doctrines of the Christian faith. He, and I don’t think it is a leap to say this based on what he himself has said, was not taught to read the Bible. He wrote songs for a very popular Christian brand without anybody taking the trouble to ground him in the rich substantial heritage of the Christian life. And so he was able, without guile, to make some astonishing and unfounded claims. No one talks about all the contradictions in the Bible, he says. No one wants to talk about the moral the theological failures of pastors. And no one wants to say anything about the relative non-existence of miracles. These are curious assertions. He should get out more. The possibility of the Bible being stuffed with contradictions is a hot topic on the internet at least, and if he turns on the TV during Easter, he will be inundated with documentaries promising to debunk the whole book for him. A brief google search, similarly, will bring up more articles about abusive and sinful pastors than I can read in a week. And finally, his own church makes much of the possibility of miracles—they are constantly going on about it. But perhaps they aren’t delivering on their promises. Finally, he wraps up with the astonishing revelation that Christians can be judgmental.

A few Sunday afternoons of reading and conversation with some thoughtful and educated Christians (of which there are so so so many, it’s a pity he hasn’t met any of them) would correct all these misapprehensions, except the Christians being judgmental one, which is, of course, true. Indeed all human people are judgmental, and Christians are human, therefore Christians are judgmental—stupid me, dropping out of logic 101 after only a week. If anybody in his sphere with some theological acumen and kindness had thought about it, he might long ago have wrestled towards some true and useful answers to some of these difficult, but by no means intractable, questions. Unfortunately, I think the lack of intellectual and theological formation is a feature in the sort of world that made him famous, rather than a bug.

The second lamentation is his conclusion. First, he says that he’s never been about living his life for others—which in itself exposes the tragedy that he never really clung on to the merciful saving work of Christ. The very reason for that work is the miraculous reorientation of the individual away from himself and towards not only God but also his church, the whole body of his faithful people, and finally towards a perishing world. Living “for others” is precisely the point of the Christian life. No, instead he has to go with what is true to him “right now.” In one sweeping declaration, he claims for himself the measurement and arbitration of all truth, which he neatly conflates with his own truth. Unhappily, being a sinner in rebellion against God, he will always make the wrong judgment.

Not content to leave it there, he, in the manner of all apostates, circles back to the very law of the God he rejects. He doubles down in absolutes—absolute love and forgiveness, absolute kindness, absolute goodness. But only after blithely flinging away the gospel, trampling on the mercy and grace of Jesus who perfectly and truthfully loved, forgave, and was good because Mr. Sampson and all of us couldn’t do it. In this way, he has destroyed all hope, he has embraced the futility of this earthly life. The picture paired with the Instagram post, of Sampson, his namesake, pushing down the pillars of the house, is ironically tragic. He tried to hold up the edifice of faith himself, and yet, when he failed, he picked up a greater and more unmovable stone to carry on his own.

He is like the rich young ruler, languidly stretching back in the Galilean sun, squinting his eyes at Jesus, and wondering what on earth the big deal is. He is the whole world who strains a gnat to swallow a camel, who forfeits his soul in a night because he can’t be bothered to wonder about the person he’s been singing about all these years. He is the perfect contrast to Abraham who, his heart in his throat, looks at his God, looks at the long decades of disappointment, of not getting what he wanted, and cries out, “O Lord, God, what will you give me for I continue childless, and the heir of my house is Eliezer of Damascus?”

The writer of Hebrews leans forward to explain—not just about Abraham, but about everyone who perversely clings onto faith in such a troubling, obtuse God who never gets on Instagram to affirm our “truth”—

These all died in faith, not having received the things promised, but having seen them and greeted them from afar, and having acknowledged that they were strangers and exiles on the earth. For people who speak thus make it clear that they are seeking a homeland. If they had been thinking of that land from which they had gone out, they would have had opportunity to return.  But as it is, they desire a better country, that is, a heavenly one. Therefore God is not ashamed to be called their God, for he has prepared for them a city.

If they had been thinking of that land from which they had gone out, they would have had an opportunity to return–but it was already forgotten. It can’t even be remembered by the one who dropped everything and ran after the Lord. Why? Because Jesus is so perfect, so good, so true. He did nothing for himself, but emptied himself, taking on the terrible death of the cross, being crushed under the weight of sin, dying so that each of us might live. There is no greater miracle than seeing the desolate majesty of the cross, of wondering what on earth it is about, of coming from afar off through much great suffering and disappointment, and, when reaching out your hands to touch it, finding that it is actually a wide open door to a better and more perfect country. You go through and everything else is forgotten.

I’m off to that better country just this moment to pray for Mr. Sampson, and myself, and everyone. Hope to see you there. 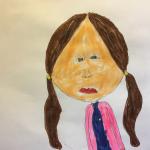 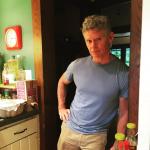 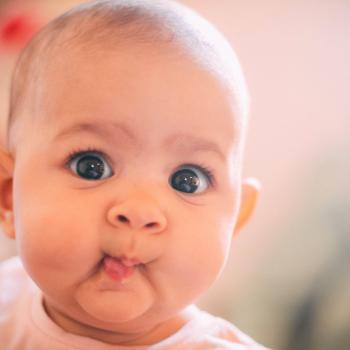