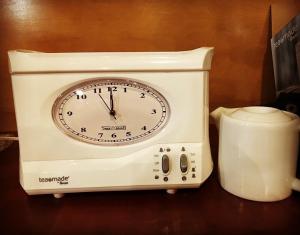 I guess it is Friday, and my poor blog isn’t just meant for piles of embedded videos. Let’s see if we can think of some takes.

I did sort of “finish” something yesterday. Not really, but sort of. I figured out the numbering for my poor book. Only took me the better part of ten months. I took out and then redistributed (I think)—and this is so important—the same number, so that it still comes up to 365. Now all I have to do is completely overhaul all the ones that bother me and write all the new ones. It’s fine. If I put in five solid hours of work for the next two thousand days it will be fine. I should apologize, in advance, for ruthlessly murdering all your darlings. At this point, I hate all of them, but maybe you don’t. So, brace yourself. There’s blood…or maybe it’s actually red ink…everywhere.

The next two thousand days is also the time, precisely, to finish up our online school year. Only a month left of class and then finals week. You might think that’s pretty great—the end is in sight! Well, don’t get your hopes up. As soon as May is over, we can spend June catching up on stuff we were supposed to be doing at the same time as online school, but just didn’t get to because why would we.

The coronavirus has actually been great because I am finally almost to the end of the 90 Day Devotional I started three years ago. It’s 90 Days in Genesis, Exodus, Psalms, Galatians With Calvin, Luther, Bullinger and Cranmer edited by Lee Gatiss. It’s really great and the reason it’s only taken me three years instead of 90 days is that I keep getting interrupted by the internet, mainly, but also other pressing books, and also I only read it two of the fifty days in each week. As soon as I finish (by the end of May) I will begin a million-year trek through Ryan O’Dowd’s Proverbs Commentary. I’m pretty excited to get started.

You may think I’m kidding on the amounts of time, but there’s really nothing funny about it. Everything Is Taking Forever. I’m sure this is because the days themselves feel fantastically longer, and the overall mental and emotional fatigue also makes ordinary quickly accomplished tasks take twice the amount of time to complete. Like yesterday Eglantine and I went cautiously in for a hand therapy appointment so that the huge contraption she has to keep stretching her arm could be modified so that it will work longer so that we won’t have to keep going in. It was supposed to be an hour but it was two, because they started to make a sort of extra thing that will fit inside…her arm has to be able to turn in three directions and the big contraption should be pushing her in all three, but only with modifications. But also her mask hurt her ears so while one person was molding plastic, another person was trying to invent new kinds of masks and another person was rearranging the whole office so that they can get patients back in with safe distances. Lots and lots of people are losing progress in therapy because they can’t go in as often as they need to. So instead of six months, they might be looking at a whole year, which really feels like ten…

It is an interesting place to be—the times stretching out at the same moment when no one really knows what will happen next except that it will probably be bad. Western Culture has fought hard to be insulated, protected even, from just such an experience. Technology, in particular, is a soothing promise of certainty, a way for time to go by quickly. When you add it to all the activities that fill up our lives, we’ve concocted the obligation to a busy, secure trot through life. You are born, you careen past infancy and childhood, rushing to make money and be successful so that you can fill your retirement with all the activities and experiences you didn’t have time for when you were young. The sudden gift of “time” is not what anyone wanted. I mean, I said I wanted it a lot, but I think I must have been lying to myself.

I wanted time on my own terms. That’s the most comfortable way. To be in control. To decide what to do and where to go and most importantly, When. But that desire is fundamentally illusory. It is the promise of the world, the flesh, and the devil, not God, who knows that when we order our own steps, we do a bad job. And so, to be frustrated, truly, is God’s providential gift. To have eternity thrust under my nose and be forced to look at it on its own terms, rather than mine, is a good, though disagreeable tasting, dose of medicine.

On the plus side, I did have time to find this passage of the critically important Cocktail Time. I give it to you for your “weekend.”

Old Mr. Howard Saxby was seated at his desk in his room at the Edgar Saxby literary agency when Cosmo arrived there. He was knitting a sock. He knitted a good deal, he would tell you if you asked him, to keep himself from smoking, adding that he also smoked a good deal to keep himself from knitting. He was a long, thin old gentleman in his middle seventies with a faraway unseeing look in his eye, not unlike that which a dead halibut on a fishmonger’s slab gives the pedestrian as he passes. It was a look which caused many of those who met him to feel like disembodied spirits, so manifest was it that they were making absolutely no impression on his retina. Cosmo, full though he was of roast beef, roly-poly pudding and Stilton cheese, had the momentary illusion as he encountered that blank, vague gaze that he was something diaphanous that had been hurriedly put together with ectoplasm.

“Mr. Wisdom,” said the girl who had led him into the presence.

“Ah,” said Howard Saxby, and there was a pause of perhaps three minutes, during which his needles clicked busily. “Wisdom, did she say?”

Cosmo said he had no wife.

“Then Wordsworth was wrong. He said you were married to immortal verse. Excuse me a moment,” murmured Mr. Saxby, applying himself to the sock again. “I’m just turning the heel. Do you knit?”

“Sleep does. It knits up the ravelled sleave of care.” 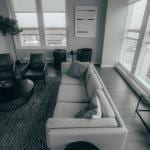 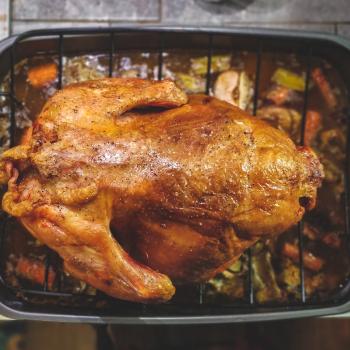 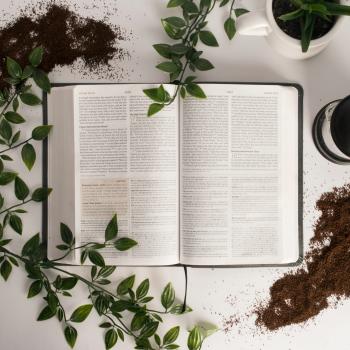 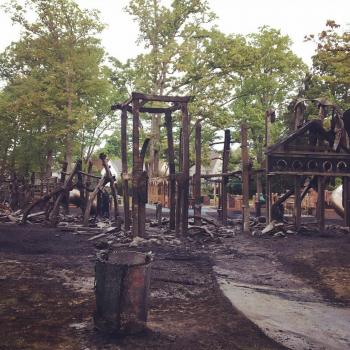