That’s Not How Any Of This Works 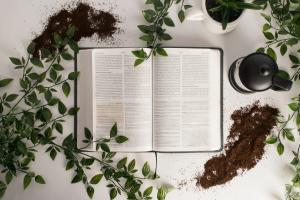 Well, this is so brilliant. Everybody is reading the Bible now! My own governor, of all people, managed to locate a copy, and look up the word “peace” in the concordance at the back, and read four whole verses out of context. “Here in New York,” he explained, “we actually read the Bible,” going on to quote Matthew 5:9, Mark 3:25, Psalm 34:14, and James 3:18 without wondering to himself even for a moment if any of those verses would actually be a support to him in any of his earthy endeavors.

Not to be outdone, Nancy Pelosi found one also and noted that time, “the most finite of all commodities” is mentioned in “the book of Ecclesiastes and in it they talk about that there’s an appointed time for everything.” This is a time for healing, she observed, the cameras snapping wildly. It’s practically a revival, going on in those halls of power.

Some people who read my blog yesterday cried out in horror. How on earth do you know that Mr. Trump hasn’t read the Bible!? He might read it all the time. There’s no way for you to know that. Except this, this is pretty funny. Seriously, he hasn’t read it any more than the other people trying to figure out which end is up.

So anyway, two things. First, don’t come back to me that Mr. Cuomo and Mrs. Pelosi read the Bible either. Both of them love abortion and gay marriage more than anything, and Mr. Cuomo has said some really nasty things about Christians who don’t want to accept either of those things as not being welcome to live in the state of New York. And, if you don’t know that a careful (or even a slap-dash) reading of the Bible disallows an acceptance of either of those things, you also haven’t read it, or at least not with any understanding.

Second, I think a lot of people, even some Christians, think of the Bible a little bit the way the ancient people of Israel did for that brief moment way back in One Samuel (that’s a little joke). They had to go to war against the Philistines and they were pretty freaked out but then they remembered that they had this cool magical box that meant lots of important things that they couldn’t quite remember right at the moment, so they got it out and dusted it off and took it into battle with them, because they were sure that if they had the special fancy box with them, God would surely make them victorious, because God, of course, was associated with the important box, though no one had felt particularly curious about it really, and no one had bothered to read all the laws and promises associated with the box, because, as we all know, God is an absolute fool, and if you wave around his bible or whatever, he will be on your side.

Yeah, so, the Bible is not a talisman. You have to read it, which you can do, either online or by purchasing a physical copy. It’s a great thing to do, and I, for one, pray that this little exercise in political theater will produce the change of heart we all long for, although I’m not counting on it. I, like God, am not a complete fool. Have a great day!

REVELATION: 5 Books Every Pastor Should...
Crux Sola: Formed by Scripture to Live like Christ
Books by This Author Books by Anne Kennedy 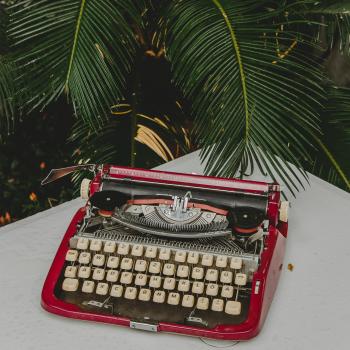