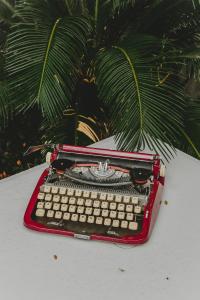 A spiritual representation of me being the Director of Better.

Last week I tossed off a quick post in which I quoted Jonathon Merritt’s article over at RNS, a post entitled “Evangelicals perfected cancel culture. Now it’s coming for them.” I called it “a bit of an angry piece,” and said this, “evangelicals deserve to be cancelled, says Jonathan Merritt, because they started it first,” and then I quoted him at length. Mr. Merritt’s piece is full of lines like, “bathed in a sense of loss,” and “Christian cultural separatism in which all that was deemed evil would be cut off from all that was deemed holy.” I don’t want to quote the whole article (update, I practically did in the rest of this post). Best go and judge for yourself.

So anyway, after I blogged, Mr. Merritt left this comment on my piece which I did not put up, preferring to address it here with a whole post of its own. Read his comment and then we shall pick up where we left off:

From top to bottom, this “essay” is a mess. The giant, unbroken paragraphs are a slog to read, and the grammar errors and made up words (what is “Tragical” exactly?) are impossible to ignore. But the worst part, perhaps, is that you couldn’t even get the premise right. I didn’t argue that “Evangelicals deserve to be cancelled.” I wrote a piece explaining how a movement sparked by evangelicals is coming for them. Which is why you weren’t able to actually quote me saying such a thing. If you’re going to use words in public–and particularly if those words are going to be weighted down with such bald self-righteousness–I would suggest that, at a minimum, you do not use those words to bear false witness against others. Unlike LGBTQ relationships, lying is one of the big 10. Do better.

So, first of all, I am the Director of Better. If anyone can do better, it’s me. Rest your mind on that score. Second of all, I feel that if you have to go after the quality of my writing, it must be because I upset you in some way. Third, “tragical” is a word much loved by those who read girly books like Anne of Green Gables. Of course, it’s not the sort of term one would use in most online “spaces,” but I have carved out my own niche here, mostly full of people who don’t mind a little wordiness. It’s not for everyone, if it were, that would ruin it. And finally, let us look at the substance of the thing. Did I miss the point of Merritt’s piece? Did I accuse him of saying that Evangelicals deserve to be cancelled when, in point of fact, he did not say it?

Let’s go back in and see.

On the whole, the tenor of the writing, though not triumphant, is certainly…what’s the word I’m looking for? Some kind of meeting point between bitterness and schadenfreude. There must be a word for that. Merritt may feel himself to be breezily reporting, but his language is loaded. Here are just some of the lines that let the reader understand where his sympathies lie:

Ironically, evangelical Christians, who now decry what happened to Hodges, are well practiced at this treatment…..

If a member of the community dared to deviate from what the majority called “orthodoxy,” that person too risked being run out of town….

They are not victims of a liberal culture out to obliterate them from acceptable society; they are the collateral damage of a culture they helped create….They are reaping what they have sowed…

Evangelicals’ “boycott for thee, but not for me” approach is not just drenched in irony. It’s a cautionary tale about a central idea taught in most major religions: What goes around often comes back around…

The only possible inkling that perhaps he overstated anything is this line:

A reasonable argument can be made that, in Hodges’ case, the punishment far exceeded the crime.

I gather, then, that Mr. Merritt would like to be able to say that he doesn’t think Evangelicals deserve to be cancelled, while at the same time hinting very broadly that they do, in fact, deserve to be cancelled because they started it first. I mean, he didn’t say, “they deserve it,” but I don’t know what else “reaped what they sowed” and “among their enemies are…working moms and stay-at-home-dads.” But truly, if Mr. Merritt is merely reporting, I offer my better apologies.

And I will go on to make two more points. First of all, Mr. Merritt put the word “orthodoxy” in scare quotes. Here is that line again:

If a member of the community dared to deviate from what the majority called “orthodoxy,” that person too risked being run out of town.

I trust Mr. Merritt only intends a little hyperbole here because he had to know that by the time this “cancelling” (we will get back to that in a moment) was going on no Christian was in charge of any town and had no real power to run anybody anywhere. Indeed, it was the lack of any real power that, one could argue, communicated itself in an occasional strident sense of fear. Christians back in that era were still trying to “win hearts and minds” which I would have attempted to do with the actual gospel, but which they were attempting to do with cultural critique and using free markets. The Boycott was not a “Cancel,” it was the sort of thing that Americans do all the time, in the same way the French go on strike, to let their voices be heard. Boycotting is employed both from the right and the left in order to shape and form culture. I do find this very weird, incidentally, but it is not “Cancelling.”

Let us talk about cancelling again, for just a moment. The Cancel is so terrible because it brings a Boycott to a personal level, only with that aforementioned power. Cancelling marries a puritanical shunning with a mob judgement. The person who is cancelled, unless he or she has real power (Jk Rowling), has no recourse. This is not true for calling out someone for false doctrine. A person who is teaching something unorthodox inside the church should be put out of the church until such a time as he or she repents, but should be allowed to have some other kind of job, and should be constantly encouraged by those within the church to, actually, repent.

Which is why the word “orthodoxy” should not be in scare quotes. People who claim to be Christian and yet lie about God on purpose must be called out. Sexual behaviour and, I would argue, identity, are both gospel issues. They are spoken clearly about in the Scripture—so clearly that within a few minutes real attempts to argue that any sexual relationship outside of one man married to one woman is generally given up. Believe me, I’ve been around awhile. Your shellfish and your, “Jesus never said anything about it,” do not hold up to scrutiny.

I am not the least bit offended by a close critique of Evangelical Christian practice in the 80s. Saying that Christians did not have their act together by engaging in the so-called Culture Wars does not hurt my feelings. I myself think it was, at the very least, a waste of time, if not actually damaging in that it gave many many Christians the wrong idea about the gospel itself, and certainly undermined the authority of Scripture. I am, however, not willing to say that because Christians of yesteryear screwed up, Christians now should stop telling the truth. Hypocrisy, like cancel culture, can go both ways—if you’re looking for instances of irony.

So anyway, I don’t think Mr. Merritt will read this because he has lots more important things to do. But in case he does, I’ll just again say that Jesus loves sinners (that’s everyone) and died to save them. Anyone who wants to be welcomed into the Kingdom of God need only confess his sins, repent, fling himself on the mercy of God, and ask for God’s total, healing forgiveness. Then it will be up to God to remove the stain of sin—every kind of sin, homosexuality, bitterness, lying, lust, everything—and carry him into eternal life.

July 9, 2020 A Review of Glennon Doyle's Untamed
Recent Comments
0 | Leave a Comment
"I'd never heard of Norm McDonald and I'm glad you've introduced me to him. I ..."
Summers-lad Death on a Wednesday: John Shelby ..."
"For it is in giving that we receive,in pardoning that we are pardoned,and in dye ..."
Eponymous1 He Was A Bad Bad Father
"I listened and I'm not Anglican! :)"
J Aulthouse The Death of Theology Podcast and ..."
"I have never heard of this book but am glad to know of it and ..."
marissab We Can’t Understand Very Many Things
Browse Our Archives
get the latest updates from
Preventing Grace
and the Patheos
Evangelical
Channel
POPULAR AT PATHEOS Evangelical
1