Glennon, Gwyneth, and Jesus on a Throne 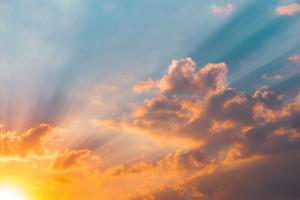 It’s the Feast of the Ascension–that surprising day when Jesus rose up into heaven and left all his disciples craning their disappointed necks and wondering when life would ever settle down and stop sending them one shock after another–and yet unaccountably, I spent five whole minutes reading this:

Identifying one’s self as “the Abby” or “the Glennon” became a kind of relationship shorthand. Stating you are “looking for the Glennon to my Abby” is a line at least one of the couple’s millions of social media followers has “totally swiped right on,” while some, like Sydney Cuvelier, of Boston, have declared the couple “otp” (short for “one true pairing,” or internet speak for the ideal relationship). Ms. Cuvelier, 24, who recently came out as gay, said she and her therapist discuss them almost weekly.

Ms. Wambach, 40, describes herself and her wife as “seekers” — the kind of people always looking for a deeper understanding of themselves and the world. And indeed, in this house, phrases like “radical honesty” and “trauma response” roll off the tongue; taking “moral inventory” of their day — a concept they learned in recovery — is something they often do before bed. (Ms. Wambach, who faced a public struggle with alcoholism after her retirement from soccer, is now five years sober; Ms. Doyle is going on two decades.) “We have nights where we get in bed and I’ll be like, ‘I can’t.’ Like I actually cannot talk anymore,” Ms. Doyle said. But how could big talkers, these days, resist a podcast?

And Oh For Heaven’s Sake:

“Early on in our relationship, I would take a nap. I had to take a nap. I played sports,” Ms. Wambach said. “And she’d come in and she’d look at me like, you’re going to take a nap?! Like, are you sick?” (Ms. Wambach has not napped recently, she said. “Evidently children are very time-consuming.”) Or food — one battle in particular. Ms. Wambach asks Ms. Doyle if she would like a milkshake. Ms. Doyle says no. So Ms. Wambach buys one milkshake, for herself. But then Ms. Doyle asks for a sip of that milkshake, or sneaks some from the fridge. As it happened, they were now ordering lunch. (A grain bowl for Ms. Wambach; a pizza for Ms. Doyle, though, she wanted to be sure she could have a bite of the grain bowl.)

Mmhhhmmm. The whole thing is as scintillating as finding out that Gwenyth Paltrow ate carbs and drank whiskey every night during the lockdown:

“I was drinking seven nights a week and making pasta and eating bread. I went totally off the rails,” Paltrow, 48, said, according to the article.

I hear ya, Gwenyth. It’s been a rough year. What I like best about all this foolishness is how trite it is. I read Untamed if you remember, and I am still surprised that so many people found it so amazing, so life-transforming. It’s like the spiritual equivalent of buying anything from goop and expecting to become a good and interesting person.

Anyway, today is the Feast of the Ascension, as I said. And I think, in your journey away from your nightly carb binge and into becoming a cheetah with a podcast, it’s important to remember that the Ascension of Jesus into heaven means a lot of things for the Christian, but one of those things is particularly pertinent at this strange and beleaguering time. And that is that what you feel is not perfectly reflective of reality.

It’s not very hard to see why this is true. Cast your mind back to all those disciples, standing there on that hill, watching Jesus disappear from sight, which is not at all what they wanted or expected. After all the hassle of crucifixion, burial, and resurrection, much as they had hoped Jesus would not die in the first place, certainly they did not think he would ever go away again. Isn’t the point of the third day? That we are never separated, never divided from each other? That death–that great and terrible wrecker of everything–finally is the one to go away and leave us in peace? Jesus was alive, and they were going to be happy forever. Instead, he left them there and went back to the Father in Heaven, and the angels told them to go back into Jerusalem and wait for the Holy Spirit. This they did. What else were they going to do? And though they weren’t as sad as they had been when Jesus died–that despair would never overtake them anymore–yet they weren’t thrilled either.

And you might not be thrilled a lot of the time. Sure, Jesus is in Heaven with the Father, constantly interceding for you, bringing you to the attention of the Father all the time, never for a moment forgetting you and any of the things you need, but how can you tell? You’re down here with all your morass of feelings, temptations, worries, griefs, and also the internet. Isn’t your present material condition in all its terribleness the most real thing there is? Not at all. Jesus is of all people the most real, and he is alive, and he is tethered to you by the Holy Spirit (which the disciples have to wait some more days for, though you don’t, so at least that’s one mercy) whom, though you cannot see him, is much greater and stronger than any devouring inclination you have. He keeps you, in himself, until the day when you finally will see him face to face.

This being so, though your feelings are a tidal wave, though you want to drink more milkshakes and whiskey and self-identify as something dumb (like a cheetah…there are not enough eye-rolls in the world for me on that subject), yet his interceding love is greater than all your feelings. You can cry out to him and ask him for help and he will always hear you. It’s as if you’re right there in heaven with him, though you cannot see or feel that reality.

Though, if you stop for a bit, and sit quiet, and examine your life and your inclinations, you will be able to see his strong arm, his mighty hand, keeping you in the way you should go. Just think for a few minutes about all the things you wanted to do, and then didn’t, because something stopped you. Or how looking back you see that you could have wandered into danger but were saved. Or how it is that you feel so sorry about not loving Jesus as much as you should. Or how anxious you are about other people, even more so than you are for yourself. In the exhaustion of life, especially during covid, it’s easy to discount all this and think that it is nothing. That because Glennon Doyle is going to have a dumb movie made about herself that God is not God, and that Jesus isn’t helpful. But that is not so. Our risen Lord is in Heaven now because he loves you, and not a blink of your eye escapes his notice. Therefore, go to him constantly for help, and maybe throw up a prayer or two for Glennon and Abby and Gwenthyn as well.

Photo by Diego PH on Unsplash

May 14, 2021 7 Dubious Takes About Science and Technology
Recent Comments
0 | Leave a Comment
"My favorite part about Trueman’s book is the (admittedly redundant) recaps of every chapter - ..."
marissab 7 Takes on The Self, The ..."
"What is this "The Woman as Cheetah" thing you're talking about? I cannot find any ..."
Diva Bathsheba, the New Atheists, and All ..."
"Totally agree, endorse, and often repeat what you say about who we should listen to. ..."
Robert Limb Bathsheba, the New Atheists, and All ..."
"Don't be too hard on Dr Wright. When you spend most of your time answering ..."
Robert Limb Bathsheba, the New Atheists, and All ..."
Browse Our Archives
get the latest from
Preventing Grace
Sign up for our newsletter
POPULAR AT PATHEOS Evangelical
1 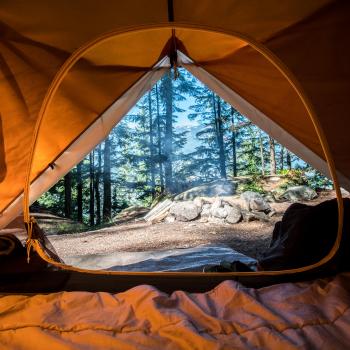