The Body Does Matter 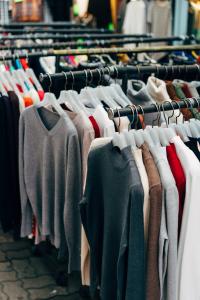 I was reading a lot of LeaveLoud tweets and feeling very discouraged about the state of all things, and then happened upon this–a review of a book about fashion. It looked like it was going to be interesting, just the thing, in fact, to take my mind off of all the badness, but no, not really. Everything…everything is about power. It starts like this:

On the subject of fashion, men have been quite the sly devils over the years. They’ve used fashion to enhance their authority and elevate their stature, all while communicating a message of elegant refusal. Generations of men would have the culture believe that they’re far too preoccupied with business, government, technology and other so-called serious pursuits to involve themselves with the flourishes of fashion. In their repetitive dress code of tailored suits, khaki trousers and golf shirts, they send the message that they’ve renounced superficiality and frivolousness as beneath their gender’s dignity. Fashion, and all of its precious silliness, is left to the ladies. And this masculine dress code has served men well. Centuries have gone into the making of these rules and assumptions — and a bit of sleight of hand, as well. Men were not always inclined toward minimalism.

In assessing dress, Ford notes that there really isn’t anything particularly feminine or masculine about clothing. Trousers and dresses can be tailored to fit any body — anatomy is beside the point. Ruffles and feathers and sequins are not inherently feminine. And pinstripes and herringbone are not masculine. That they have these gendered attachments is simply a matter of power. “The Great Masculine Renunciation overturned the symbols of status, sex, and political power established in the late Middle Ages and created a new sartorial vocabulary for the expression of individual personality. It made understatement into a new kind of status symbol, which required savoir faire as well as ready cash to exhibit,” Ford writes. “And, because it was a masculine phenomenon, it excluded women who sought power and status.” This transformation created layers of contradictions and countless hurdles for anyone who wasn’t fluent in this new, subtle language.

I guess I won’t be bothering with the book, which is fine because I don’t have time anyway. What discourages me so much is that this is such a boring way to think about anything, let alone clothes. Also…I hate the specious idea that “there isn’t anything particularly feminine or masculine about clothing.” I feel like the totality of human history (and the Bible) would beg to differ. The biological reality of people’s actual physical bodies has meant that certain kinds of things to wear are felt (like with the actual body) to be more feminine and other kinds more masculine. Women deciding to adopt the clothes of men, in order that they might have the power of men, has worked out pretty poorly for me, for whom nothing fits and nothing is feminine per se. “Trousers and dresses can be tailored to fit any body,” But They Aren’t Are They. No one has the skill, the money, or the desire to make trousers to actually fit “bodies” that have, perhaps, given birth to other “bodies” a lot of times.

I really hate how people use the word “body” nowadays (get off my lawn TM) all by itself to refer to the whole person. I have probably complained about this before. I imagine that it was meant to make the point that the body of the person matters. And I suppose it is sort of pithy–black and brown bodies. But to my ear, it feels like it actually emphasizes the bifurcation of the soul from the body, and the sense of people being commodifiable units. It has a whiff of death–the “body” being the primary way that one speaks of a person who is about to be put in a grave, and whose spirit is no longer there. Though one might say, “rest in power” at the death of a person with a certain color of body, yet there remains the wretched helplessness of an eternity where the soul and body are ever separated from each other, did not God himself join them back together by the blood of the cross.

If the body really did matter, someone would care about the clothes and how they fit. If we did have power, we would be able to make the body and soul fit together always. The human family has never had the desire, nor the ability to do either of these things with the perfection, love, and beauty the human soul craves. God does though. At some point, the body will rise from the grave to be reunited with the soul, and the clothes will be more beautiful than any of us can imagine. And then we will restfully and comfortably live together with the Lord–those who want to be with him, that is. If a person wants to loudly leave that communion, that Body, for some paltry “power,” that is a great tragedy, not some reason for rejoicing. The body does matter–what you eat, what you wear–so much that God was willing to bind himself to us in his own Body forever.

Photo by Markus Winkler on Unsplash

May 28, 2021 7 Takes about Men and Trees and Paint
Recent Comments
0 | Leave a Comment
"I'd never heard of Norm McDonald and I'm glad you've introduced me to him. I ..."
Summers-lad Death on a Wednesday: John Shelby ..."
"For it is in giving that we receive,in pardoning that we are pardoned,and in dye ..."
Eponymous1 He Was A Bad Bad Father
"I listened and I'm not Anglican! :)"
J Aulthouse The Death of Theology Podcast and ..."
"I have never heard of this book but am glad to know of it and ..."
marissab We Can’t Understand Very Many Things
Browse Our Archives
get the latest updates from
Preventing Grace
and the Patheos
Evangelical
Channel
POPULAR AT PATHEOS Evangelical
1