Anne Complains About Stuff On Friday 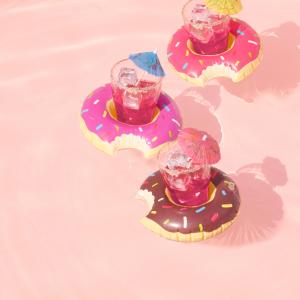 I kid you not, if you type ‘Friday’ into Unsplash, this is what comes up.

It’s the end of the week, whether any of us want to admit it or not.

I’m late this morning because I just wasted an hour whacking at my own hair. Everyone in this house is in dire need of a haircut–something I do for others, but generally refrain from doing to myself–because I’ve been putting it off and off. I do like cutting (other people’s) hair, but it does mean taking several hours off from cleaning up everyone else’s…what’s a word that’s not vulgar or offensive, can’t think of one…and so I always shove it a long way down the list. One of the children, however, looks insane. His tight curls have grown out in a sort of radiating way and he looks more than usually like Bob Ross and so it’s time to face facts and get out the broom and push back the carpet. By this evening, everyone will look respectable once more. Knowing myself, however, I have been anticipating the dismal feeling of drab desperation when I survey my work and then look in the mirror and shudder at the state of my own gray head plodding ever more quickly in sorrow to Sheol. I, therefore, dug out my scissors several hours early and chopped off two inches, explaining the while to the onlookers that no one should ever ever ever do what I’m doing. NGL, I think I did ok tho.

The problem with my hair is that it’s like that thing that that guy said about the Mona Lisa: “Hers is the head upon which all ‘the ends of the world are come,’ and the eyelids are a little weary.” That guy was mangling St. Paul, and I always feel as I contemplate the existential sorrow of having to get a haircut, that I am mangling that guy. All my emotional rivers converge in the matter of my hair. It’s not that I am vain–though I am–it is that when I have to think about my actual hair, all the ends of the world of my own insecurity, my own feelings of intimidation when having to try to describe to a stranger how I wish it wouldn’t frizz up, the dismal apprehension of my own mortality, and how it is that when I wake up in the morning I know that God will disappoint me all come fully into the foreground of my mind and that’s why my eyelids are always especially weary. I am not trying to intimate that I am anything like the Mona Lisa, please don’t misunderstand me, which shouldn’t be hard for you as I do not at all understand myself. What I’m trying to say is that I hate having to get my hair cut.

We’re rounding out the birthday season this weekend. The fifth child is going to be 12, and the list of things she would like are enough to fill a whole container stuck in California. I have already gone foraging over the blighted strip mall section of this town, and will have to go out again, because I didn’t organize myself enough time to order things online. There’s no good way out–ordering things online means that there are fewer things to buy in the stores, but then the stores don’t have things and so one has to go scrolling around online. In this way, one is both the perpetrator and the victim of everything that’s wrong with the world.

One way that we’ve made birthdays into what they are is by never buying anyone anything unless it’s a birthday–or Christmas. Need new shoes? Oh! Well, good, your birthday is coming up. Want a coat because you left yours in the park because of being a nincompoop? Fabulous, your birthday is right around the corner, here wear this thing that definitely fits you but I know you hate. Need a new Chromebook because you let the kitten tear the keys off one by one without doing anything to stop him? Wonderful! Christmas is in six months, share with your sister until then. This is the way to ensure that every child gets a heap of packages on her birthday–or his–and to avoid running out all the time buying stuff just because someone expresses the merest desire. I mean, if the children really do need something, we get it for them. But also, I do love Not rushing out to get whatever pops into anyone’s mind. So anyway, now I have essentially got to buy up the town, and that’s rotten too.

I’m almost done with Sophie Bjork-Jame’s The Divine Institution. I think I said before that it’s pretty well written, and helpful for someone like me to see what it is, exactly, that the secularist thinks of the actual believing Christian. ‘But it does not escape the usual shocked tone about orthodox Christian beliefs and morality. Lines like:

For John, questioning his faith and experimenting with same-sex sexuality and gay culture happened in unison, but he was always apprehensive about leaving Christianity. It never occurred to him that he could be gay and a Christian. (pg 76)

That’s because he can’t, Jesus whispered. Also this bit:

CouphFirstPeterTwoverseSomethingSomethingCough. All that to say, I’ve finally got to the part where she makes wild leaps from ‘Christians don’t believe that homosexuality is a biblically allowable choice for any Christian because of what the Bible says and how the Bible is actually the divine word of God’ (though she doesn’t admit that, it’s just that Christians are benighted and homophobic) to ‘Also they are racist because of what they believe about homosexuality.’ It’s a lot more complicated and subtly expressed than that, but that’s essentially what she’s saying, as if it’s a known fact.

Heterosexuality in this movement is presented not as natural state of being, but as something of an achievement and a pinnacle of health.

Which she backs up with this footnote:

For more on this shift from naturalized heterosexuality in ex-gay literature, see Robinson and Spivey, Putting Lesbians in Their Place.

I mean, I’ve been sad about all the therapeutic language that has crept into the church over the last decades, and I’m also willing to admit that lots of people are confused about a lot of stuff, but this is a little bit like insisting–insisting, no matter what they say themselves–that all Catholics worship Mary and also they worship the pope, and while we’re at it, they also all worship Satan because I feel like that’s what they do when I look at them doing all the things that they do. If Dr. Bjork-James really wanted to fairly represent the beliefs of Christians she wouldn’t site books called Putting Lesbians in Their Place as a way of doing it.

I am feeling more than ordinarily morose, as you might have guessed. I have too much to do and not enough energy to do it. Still, I take some small comfort that in the final reckoning, God’s own clear light will illuminate not only on my own wretched feelings about my hair, but also the contents of those poor beleaguered ships full of stuff, and most of all on what is good and holy and true and beautiful.

Go check out more takes! And have a lovely weekend!

Photo by Amy Shamblen on Unsplash

October 27, 2021 The New York Times Tries To Figure Out What An Evengelical Is
Recent Comments
0 | Leave a Comment
Browse Our Archives
get the latest updates from
Preventing Grace
and the Patheos
Evangelical
Channel
POPULAR AT PATHEOS Evangelical
1 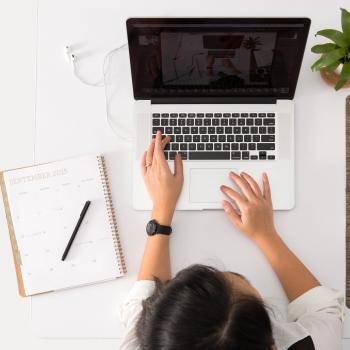 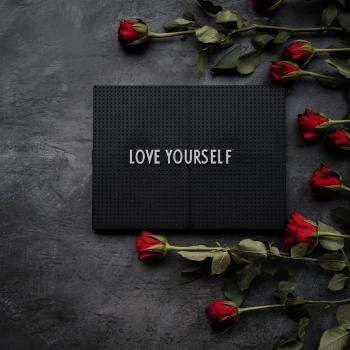