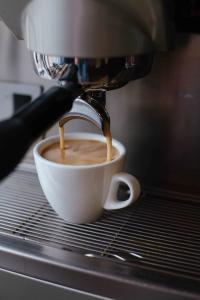 This is my favorite thing in the world:

My son, each person has two rich white ladies inside of them… pic.twitter.com/vjyQRyRQoX

I don’t really have anything to add, except…well, I love (that’s a joke) what constitutes moral goodness in this age: drinking lots of water, being super thin, “working on yourself” as if you are some sort of machine that can be kept up to date and in proper working order with enough attentive obsession. The point of the machine is a little bit obscure—is it to look awesome? Or produce merch? Or better photos? That is not as important as the golden functioning of the machine itself, its lovely sheen, and its overall happiness and safety as it drinks all its wretched water.

The problem is that people don’t perform the functions of machines very well. They never do what they are supposed to, or what they’re “designed” to do. They can learn to do something, but then they will often still do it wrong, or do it in the wrong order—like going to bed and only indulging in their important thirty to sixty minutes of uninterrupted reading in the middle of the night when they should have been “powered down” but were wide awake. No wait, not reading, scrolling through Twitter.

I mean, people aren’t computers and other kinds of robotic objects designed to do one thing. That’s not what God did when he created people. He wasn’t hoping for a high-functioning tech workplace where everyone is just a little bit confused about the purposes of people. Are they the product? Or the producer? Or manifesters? What are they?

Moreover, the current conceptions of selfhood—the whole demisexual and demiromantic and all that sort of thing—contribute, or at least underscore the excessively muddled confusion of this point. “Sexuality” as such isn’t about “functioning” or about figuring out who you are or what you require, as if you are some sort of coffee machine. How much water do you need? How many coffee beans? What should be the temperature of the milk? Does the frother work? Teasing oneself out to all the identifiable parts doesn’t produce self-understanding, and it does not bring about love, neither of oneself, nor of one’s neighbor, nor of God.

I mean, along the same lines, this is pretty good. Where are all the romcoms? Is it because of the pandemic? Or the fact that superhero movies sell better in foreign markets? Or porn? More likely a combination of all of the above plus many other factors—one of the biggest being the Reese Version of the Self. If you are fantastic at self-care, getting all your water drinking, and reading in, and your ten minutes of morning light, you really won’t have time for the complex and exasperating needs of another person. Also, you will be so deeply needy—the inevitable result of so much concentration on the self—that you will devour whoever comes into your orbit.

Well, I gotta go do who knows what. Doesn’t even matter. Have a nice day!

Photo by Victoria Shes on Unsplash 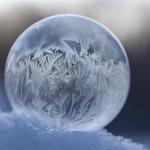 January 13, 2022 Hate Is A Pretty Depressing Look
Recent Comments
0 | Leave a Comment
"The depraved don't know that they are depraved."
Charlie Sutton Don’t Lose Heart
"I'm sorry to hear that (ie 2.) I do hope if you get to enjoy ..."
LucyL 7 Takes In All Directions
"I want any song I sing in the worship of God to make grammatical and ..."
Charlie Sutton That’s Not How Any Of This ..."
"I'd never heard of Norm McDonald and I'm glad you've introduced me to him. I ..."
Summers-lad Death on a Wednesday: John Shelby ..."
Browse Our Archives
Related posts from Preventing Grace