What Could Possibly Go Wrong 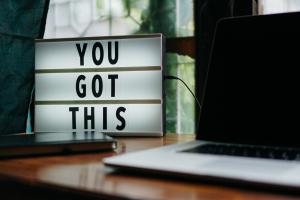 Tuesday seems to be the official day of discombobulation. This week, it wasn’t that the car decided not to start, and then that I forgot to take the right exit and drove to a far distant town, it was that I just decided to lie in bed and read the internet in the desultory way that one does. Gosh, there’s a lot of freaky stuff going on in the world. Like this. And all that Russia and Ukraine stuff of course. And Twitter thinks that omicron is morphing into something ghastly.

As usual, I hadn’t ever heard of the person with whom she is now in love. It’s impossible for me to keep up with everything and everyone. I see that, as usual, their hearts have drawn them to each other and everything is a rosy dream. None of it has anything to do with any of the deep pain Jen has suffered from a long marriage breaking up:

I didn’t need Tyler to heal my broken heart. Me and Jesus did that on our own. He isn’t a missing piece. I am whole. So is he. I am learning what it looks like when two whole, healthy people fall for each other without the pressure of fixing or “completing” the other. It is an absolute miracle.

I dunno if “miracle” is the word I would pick. Probably something more like “rebound.” I mean, no person should ever say about herself that she is “whole.” She could say that she is a “sinner,” or “interesting,” or “podcaster,” stuff like that. Which is to say that anytime anyone tells me they are “healthy” and “whole” I always start praying desperately for mercy for all humanity.

As usual, I wish I could do so much pre-marriage instruction for the whole world, but nobody ever asks me anything. But if anyone did ask me, I would point them to this important thread:

And now, if you will excuse me, I have to go brush the hair of my extremely elderly cat who hates me but still has to have his hair brushed.

Photo by Prateek Katyal on Unsplash

February 25, 2022 Bits and Pieces of the Week
Recent Comments
0 | Leave a Comment
Browse Our Archives
Related posts from Preventing Grace