Al Roker Is The Bomb

Brock Turner’s expectation that he could avoid punishment for a felony did not come out of nowhere.

Judge Aaron Persky did not, one day, wake up and decide, out of nowhere, that nice white athletes like himself probably shouldn’t really be penalized for felonies like sexual assault.

And the four USA swimmers who filed a false police report to cover their own criminal vandalism did not wake up last week and decide, out of nowhere, to see if they could get away with such a thing.

They were all socialized into and by a system that downplays the wrongness of moral wrongs committed by male athletes.

Crimes are downgraded to misbehaviors, misbehavior is renarrated as rambunctious fun, and the pain or loss caused by such “fun” is dismissed, contextualized, discounted, and questioned.

“Good kids, got a little out of hand, made a mistake, move on.”

That’s the script. Every athlete and coach and athlete’s parent learns it, from day one.

Oh, look! International Olympics Committee spokespeople learn it, too! Or, no–maybe they’re the ones who teach it. Maybe they have so much invested in a particular narrative of Olympic athletes that they are willing to excuse criminal mischief, “no apology necessary,” to preserve the narrative.

Kids. He called them kids. Having fun. Grown-ass men who got drunk and destroyed property.

Thank goodness for a journalist who is sick of it.

Thank goodness for Al Roker, who didn’t let his colleague get away with it.

Thank goodness for someone willing to say no. And, also, “HE LIED TO HIS MOM.”

(Nothing that includes a lie to your mom can end well.)

Hey, wouldn’t it be fun if this caught on? The whole “lying is not embellishing” thing? Maybe, with enough practice, we could move up to “sexual assault is not a twenty-minute mistake”! 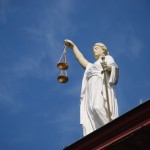 June 7, 2016
Fathers Are Allowed to Say Stupid Things on Their Sons' Behalf.
Next Post

August 23, 2016 Game-Changing Openers: "You deserve to have your name pronounced correctly."
Recent Comments
0 | Leave a Comment
Browse Our Archives
get the latest from
Best of Patheos
Sign up for our newsletter
POPULAR AT PATHEOS Faith and Work
1

Become a Leader Worth Following -...
(re)integrate
Related posts from Profession of Faith