Several months ago, a lovely piece made the rounds, advocating a decidedly conventional position for a surprisingly progressive reason:
You Need a Fuck-Off Fund

Yes, friends, a woman needs to protect herself from men in any number of ways, including financial ones. She should maintain some sort of professional skill, even if she stays at home with her and her husband’s kids, because husbands die, get sick, are struck with disabilities, and unexpectedly turn into raging lunatics sometimes. She should know about and have access to all marital assets, accounts, policies, and debt instruments. She should be prepared at all times to take care of herself and her children, because it is shocking just how often women have to.

And she should have a savings account with her name on it.

A basic savings account can be the difference-maker in a woman’s life.

What this article calls a Fuck-off Fund, what John Goodman’s character in The Gambler called The Position of Fuck You, is the security that allows one to resist injustice with confidence and power rather than out of desperation.

Yes, desperate and powerless folk have resisted injustice, but there is no denying the difference basic financial stability makes. That’s what makes it possible for women to leave jobs when they need to–not to run away, but positively to refuse to work with and for men who treat them badly.

There is another kind of “savings account,” though, that empowers women to resist the injustice of sexual harassment, discrimination, and violence. It is a sort of emotional savings account–the internal reserves from which to draw when one needs to do a difficult thing.

We could call it an Emotional F***-Off Fund.

It’s not that he’ll rush in to rescue me if you try to hurt me. I can rescue myself just fine, thanks, but I know I can primarily because I know he’ll be right there with me.

Other men in my life also make deposits: my male colleagues and supervisors who make it clear that they have little truck with men who speak and act like our current Republican candidate for president.

But I came into my marriage and my job with an enormous emotional savings account already. By having parents who loved and supported me and treated me the way human beings ought to be treated, I started my adult life in the black. And I’ll be uncomfortably regressive here: this is an account into which a father’s deposits pay the biggest returns.

After the plain, everyday, average fathering I grew up with (which turns out not to be so everyday after all), there is nothing in the world that can make me think I deserve to be called or treated like a girl, or a piece of ass, or b—-, or a p—-, or a c—.

My emotional f***-off account was funded in full the day of my birth, when I was lucky enough to be born to my parents. Thanks, Mom and Dad.

October 7, 2016
Locker Room Talk at the Workplace
Next Post 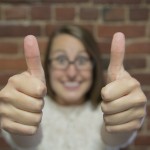 October 31, 2016 FWO: Whatsoever You Do, Don't Apologize
Recent Comments
0 | Leave a Comment
"We as women (especially those of us of a "certain age") have been so conditioned ..."
CrowMeris FWO: Whatsoever You Do, Don’t Apologize
"(I saw that story, too, by the way, about the mother and the "bullying" daughter. ..."
scsours Fathers Are Allowed to Say Stupid ..."
"Yes, it definitely trivialized the crime, and, beyond that, participated in a general social pattern ..."
scsours Fathers Are Allowed to Say Stupid ..."
"I dunno about this. I agree that he shouldn't be faulted for wanting to think ..."
Edwin Woodruff Tait Fathers Are Allowed to Say Stupid ..."
Browse Our Archives
get the latest from
Best of Patheos
Sign up for our newsletter
POPULAR AT PATHEOS Faith and Work
1

Become a Leader Worth Following -...
(re)integrate
Related posts from Profession of Faith