Is This How Aaron Reasoned While Moses Was Visiting God?

Okay, I’m still in the early chapters of Genesis and Matthew with divinely inspired pairings from Psalms and Proverbs. So I haven’t gotten to the story of the golden calves in Exodus 32 — the one where the Israelites create idols in direct violation of the First Commandment even while Moses is receiving a copy of the Decalogue. One of the odder aspects of reading the Bible in a year, with a little from the OT, a little from the New, and a pinch from the Wisdom Literature is that it carves up Scripture into sections that are too tidy — like a TV dinner.

But after reading a piece on why evangelical Protestants need to embrace professional football, I couldn’t help but think of the Israelites and their little snafu with inspirational sculpture:

On the one hand, Kutter Calloway thinks that devotion to the NFL has religious dimensions:

Apparently, Americans love football so much that we would rather spend our time watching people talk about a game that we just watched than do just about anything else.

This demands thoughtful attention from Christians. The NFL is, in a real sense, our civic religion. It has Sunday worship services, mid-week Thursday celebrations, patron saints (Hall of Famers), and a liturgical calendar that begins with the NFL draft (in April) and ends with the Super Bowl (in February). . . .

Some Christians might bemoan the situation, decrying the many ways in which our collective devotion to the false gods of the NFL is simply another form of idolatry—worshipping and committing ourselves to something other than the one true God.

But Mr. Calloway is not willing to give up the NFL:

As the prophetic tradition reminds us, the Christian vision is constantly aware of how power and position distort how we see the world. By involving ourselves in the devotional space created by NFL fandom, we could disciple people not only in what they are seeing, but more importantly, how they see. Christians have plenty of experience dealing with corrupt and corrupting leaders who prefer us to be distracted observers rather than engaged participants. By bringing the Christian vision into this public space, we enable NFL fans to clarify their vision.

This approach certainly means we’d have to affirm practices that might not look or feel or sound much like the ones we have come to know and love within the Christian community. It might even mean that we occasionally forgo the safe confines of our Sunday morning worship and instead walk headlong into another kind of sanctuary devoted to a god who is not our own. That might make some of us uneasy. It should.

But given our post-Christian context, we must be willing to enter into this uneasiness, just as Paul did when he entered the Areopagus in Athens (Acts 17). It comes with the territory of building bridges and forging alliances with those who will never darken the doors of our churches.

That is one way to resolve the difficulty. But if the Ten Commandments are still a bedrock of Christian morality — something that some American Christians want to see in public schools and courtrooms — how exactly do you square the First Commandment (no other gods) with a false god (even one as much fun as the NFL)?

Herman Melville knew the answer when he wrote Moby Dick:

I was a good Christian; born and bred in the bosom of the infallible Presbyterian Church. How then could I unite with this wild idolator in worshipping his piece of wood? But what is worship? thought I. Do you suppose now, Ishmael, that the magnanimous God of heaven and earth – pagans and all included – can possibly be jealous of an insignificant bit of black wood? Impossible! But what is worship? – to do the will of God – that is worship. And what is the will of God? – to do to my fellow man what I would have my fellow man to do to me – that is the will of God. Now, Queequeg is my fellow man. And what do I wish that this Queequeg would do to me? Why, unite with me in my particular Presbyterian form of worship. Consequently, I must then unite with him in his; ergo, I must turn idolator. So I kindled the shavings; helped prop up the innocent little idol; offered him burnt biscuit with Queequeg; salamed before him twice or thrice; kissed his nose; and that done, we undressed and went to bed, at peace with our own consciences and all the world.

Protestants may want to stand with Charlie Hebdo, but don’t they worry about idolatry a little? 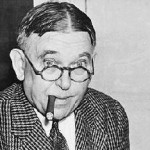 January 29, 2015 The Bible Alone?
Recent Comments
0 | Leave a Comment
"I can never keep myself from being annoyed by the disingenuousness of the "complementarian" label. ..."
NorrinRadd Are Complementarians America’s Taliban?
"All of the LGBTQ sexually are mentally ill ( have a depraved mind ). And ..."
D.M.S. Being Evangelical, Being Gay
"What did he contribute?"
Roger McKinney Is David French the Best Judge ..."
"That's because French was and is part of the "Cult of Bush.""
Johnny Davis Is David French the Best Judge ..."
Browse Our Archives
Related posts from Putting the Protest in Protestant 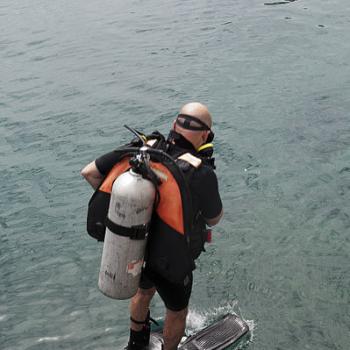 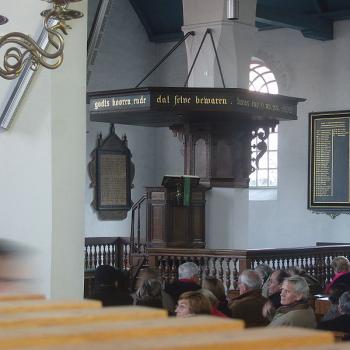 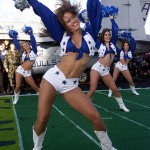 Evangelical
What if the NFL Were a Bigger Deal...
Putting the Protest in Protestant