Just when you thought it was safe to pick up a newspaper, out comes the story that Billy Graham and his family are not all that they have appeared to be:

Billy and Ruth Graham had five children, and many of their descendants work in ministry, including Billy Graham’s daughter Anne Graham and Franklin Graham’s son Will Graham, who are popular evangelists. Their grandson Boz Tchividjian works to combat child sex abuse in churches as head of a ministry called GRACE. The family is tight knit and doesn’t often speak publicly about internal family strife.

But Jerushah Armfield, Billy Graham’s granddaughter and Franklin Graham’s niece, said the Graham family is not the single unit that many on the outside see. She said that while family members respect one another and most voted for Trump, they do not all fall on the same side of social issues or hold the same views about the role of faith in politics.

Armfield, a writer and a pastor’s wife in South Carolina, said her uncle’s suggestion that Trump’s win meant God answered the country’s prayer was bad theology. “To suggest the president-elect is an ambassador to further the kingdom in the world diminishes not only my Jesus but all he stood for and came to earth to fight against,” she said.

She said Trump “encouraged racism, sexism and intolerance, exactly what Jesus taught against.” She said that her grandfather “understood the love of Jesus that fought for the outliers while the president-elect ostracized them.”

“The evangelical leaders that endorsed Trump put power and influence over principles and character,” she said.

“I’ve tried to remind people in the evangelical community this election wasn’t about crude language, it wasn’t about lost emails,” he said. It was about electing someone, who would appoint anti-abortion-rights Supreme Court justices, he believes.

And some were worried about Paula White. Turns out the Trump affect soils even the Grahams.

Or could it be that president-elect Trump gives reporters a pass they never had before. 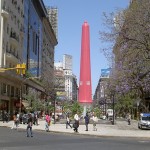 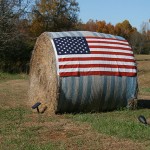