They Will Know We are Christians by Our Condemnation

They Will Know We are Christians by Our Condemnation October 10, 2017 D. G. Hart

Even though I agree with the players who are kneeling to protest an unjust criminal justice system, I also support Pence’s right to walk out of a football game. The real issue in the vice president’s actions isn’t free speech. It’s that his performance of outrage is opportunism of the basest and most blatant sort. This political pandering has irrefutably tied Mike Pence to Donald Trump’s brand of belligerency. This walkout clearly demonstrates that Pence is not merely guilty by association, he’s just plain guilty of stirring up further division.

That sure sounds like Mr. Tisby is attributing the worst motives to Pence. I wonder if the author thinks those detractors of NFL kneelers should be as quick to judge.

The thing is, Vice President Pence was not so quick to dismiss protesters soon after the election, as Paul Mirengoff reminded readers at Powerline:

As vice president-elect, Mike Pence and his family attended the musical “Hamilton” in New York City. After the performance, as the Pence family was leaving the theater, the cast saw fit to deliver a political lecture to the soon-to-be VP. Pence, a better man than me, halted and listened respectfully to the left-wing sermon. He told his family that this is what freedom looks like.

Moreover, and more importantly to Pence, the “Hamilton” cast members didn’t show blatant disdain for America. To use Pence’s words, they did not “disrespect our soldiers, our flag, or our National Anthem.” Those who kneel during the National Anthem clearly disrespect the symbols of America, and thus America itself (though not necessarily its soldiers).

Thus, I think Pence acquitted himself well in both instances under consideration. He was wise to listen to the “Hamilton” cast, though it wouldn’t have been wrong to keep walking. And those of us who share Pence’s regard for our country and its symbols can applaud him for walking out of the football game, though it wouldn’t have have been wrong to stay.

But when Mr. Tisby remembers Pence’s past performances, he did not consider the Broadway encounter with “Hamilton”‘s cast:

Perhaps Pence was still smarting from last May, when students walked out of his commencement speech at my alma mater, the University of Notre Dame. They were protesting Pence’s alliance with Donald Trump as well as policies concerning immigrants and the LGBTQ community when he was Indiana’s governor.

In his speech at Notre Dame, Pence said, “Far too many campuses across America have become characterized by speech codes, safe zones, tone policing, administration-sanctioned political correctness — all of which amounts to nothing less than suppression of the freedom of speech.” He went on to characterize these actions as “outside the American tradition.”

In other words, if you take Pence’s actions selectively and if you read into them possible but not necessary conclusions, you can make a fellow Christian look pretty bad.

Oh, by the way, you do it in the name of being a good Christian. Whatever happened to forgiveness, or at least calling for repentance instead of rushing to judgment? 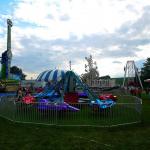 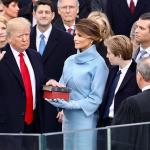 October 13, 2017 When You Fault Evangelicals for Being Unreasonable, Maybe You Make Sure to Use Reason
Recent Comments
0 | Leave a Comment
Browse Our Archives
get the latest from
Putting the Protest in Protestant
Sign up for our newsletter
POPULAR AT PATHEOS Evangelical
1

Evangelical
How Evangelicals Can Vote for Joe Biden this...
Putting the Protest in Protestant
TRENDING AT PATHEOS Evangelical

Sophist, Statesman, Philosopher? (The Sophist)
When the City is in Trouble  What to do when education has...
view all Evangelical blogs
What Are Your Thoughts?leave a comment
Copyright 2008-2020, Patheos. All rights reserved.