When Wealth Makes You Uncomfortable (or when it doesn’t)

A few weeks ago, President Obama spoke in South Africa and made a surprising admission:

… right now I’m actually surprised by how much money I got, and let me tell you something: I don’t have half as much as most of these folks or a tenth or a hundredth. There’s only so much you can eat. There’s only so big a house you can have. There’s only so many nice trips you can take. I mean, it’s enough. You don’t have to take a vow of poverty just to say, “Well, let me help out and let a few of the other folks – let me look at that child out there who doesn’t have enough to eat or needs some school fees, let me help him out. I’ll pay a little more in taxes. It’s okay. I can afford it.” I mean, it shows a poverty of ambition to just want to take more and more and more, instead of saying, “Wow, I’ve got so much. Who can I help? How can I give more and more and more?” That’s ambition. That’s impact. That’s influence. What an amazing gift to be able to help people, not just yourself. Where was I? I ad-libbed. You get the point.

Some might wonder why a former president without a history of running businesses or ties to a wealthy family is so wealthy. One explanation is that President Obama picks up large speaking fees for delivering talks like the one in South Africa, though the idea of giving upwards of $500,000 for a speech on humanitarian causes seems a tad oxymoronic. (He is also a successful author which at least means that he sells lots of books, though it looks like serving on corporation boards pays better than publishing.)

The odder aspect of this admission of wealth was that it puts the former president at least in the upper two percent of wealthy people in the United States. The threshold for indignation about wealth appears to be one percent. If you are in the wealthiest one percent of the population, you are suspect. But if you are modestly in the two percent of wealthiest Americans you are apparently modest. National Public Radio’s coverage of the former president’s speech made no mention of how vastly different Obama is from the rest of Americans thanks to his wealth:

Obama spoke to a crowd of about 15,000 in a Johannesburg cricket stadium on the eve of what would have been Mandela’s 100th birthday. He remarked on the progress that swept the globe during Mandela’s lifetime — with greater prosperity and opportunity — but also that backlash that followed in recent years, in the wake of inequality and insecurity.

“A politics of fear and resentment and retrenchment began to appear and that kind of politics is now on the move,” Obama said. “It is in part because of the failures of governments and powerful elites to squarely address the shortcomings and contradictions of this international order that we now see much of the world threatening to return to an older, a more dangerous, a more brutal way of doing business.”

Obama argued that progressives need to push back against those trends by emphasizing more inclusive opportunity and international cooperation.

This is remarkably different from the way news outlets cover other wealthy Americans, like the Koch Brothers.

You might conclude that the problem with wealth, contrary to the rise of Democratic Socialists, is not being wealthy. If you make a lot of money from speeches for the right causes, or if you make $40 million a year for swinging golf clubs or hosting a late night talk show, you generally avoid criticism. But if you use money for political candidates or policies deemed objectionable, then wealth enters into that camel-going-through-the-eye-of-the-needle problem.

This seems like one more instance of the double-standards that dominate American society. Some people worth $40 million are lovable, others worth millions are worthy of contempt. 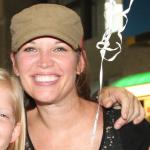 July 26, 2018
Sometimes You Leave, Other Times You Stay (in Evangelicalism)
Next Post 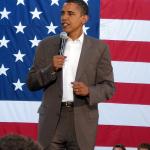 August 13, 2018 Why Can't Progressives Make Up Their Minds?
Recent Comments
0 | Leave a Comment
Browse Our Archives
get the latest from
Putting the Protest in Protestant
Sign up for our newsletter
POPULAR AT PATHEOS Evangelical
1

Who Is A "Progressive Christian" and...
Roger E. Olson
Related posts from Putting the Protest in Protestant