Why I Hate Religion, But Love Jesus: A Beer with Jeff Bethke

This video has been making the rounds and causing a lot of hubbub. There are a lot of bloggers out there calling Jeff Bethke, the poet, an idiot and tearing apart his argument. But I am not going to join in the fray. Jeff is touching on a sentiment that has been prowling around our culture for some time and resounds with many people and it needs to be taken seriously.

There are valid reasons why this video and his point of view resounds with people.

Jeff is not really speaking out against religion. It’s pretty plain to see that he is no theologian. He says he “loves the Church and the Bible” indicating that he does adhere to a certain set of beliefs but he does not consider this religion. I don’t agree with this assessment but I am not going to call him an idiot for believing this. In fact, he is joined by many, many people in today’s culture who describe themselves as “spiritual” but not “religious.”

In a recent study 72% of the millenial generation describe themselves as “more spiritual than religious.” What this means is not exactly clear (to them or to us most likely). Describing oneself as “spiritual” used to be synonymous with “religious.” Spirituality used to refer to the inner experience of faith while religion was the outer expression of this faith – liturgy, common prayer, etc.

So, what does it mean that younger generations are rejecting “religion” but are still asserting that they are spiritual?

I think it means several things for Christians:

1. Mainstream Christianity has failed to engage youth on a level that speaks to them. We do not take kids seriously – the condescending reaction to Jeff’s video illustrates this.

2. Young kids are sick of hypocrisy. When they see scandal and sin in their own church leadership they want  real answers and they are looking for humility. (For Catholics, Pope Benedict’s response to the sex scandal is an example of this)

3. Social Justice is important to young people. They are sick of people insisting that we must uphold one set of issues, rather than another, or we are not Christian. Christians need to be more insistent that neither platform (Democrat/Republican) reflects the totality of the Gospel message. We need to show young people that real religion transcends the world of politics.

4. Even though they are rejecting “religion” young people are still thirsting for God, hence the “Christian but not religious” line. Young people recognize the power of the person of Jesus.

As Christians are we listening to these kids? Are we responding to their concerns? This spirituality without religion view is represented not only among young people but among many adults. We cannot just continue to roll our eyes and call people who hold these views idiots. 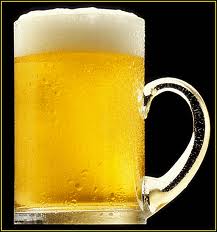 I will close with just a few questions or concepts I would talk about with Jeff over a beer if given the chance:

1. Gnosticism – I think this old heresy is seeping back into Christianity through popular culture. We are body and spirit. We need rituals, liturgy and structure. It is part of being human. We need to stop pretending we can transcend our humanity and the limits of our creaturehood and still maintain a grip on to reality. We are not gods, we are embodied souls. Our souls need our bodies and our religion needs to be lived out bodily.

2. Authority – If a person rejects the authority of a man-made institution then whose authority does he or she replace it with? Scripture does not speak to us about many modern issues facing our world so whose authority should a person follow in those cases? Individual conscience? What is forming our conscience in this world of media and noise? I don’t trust my conscience to figure things out all by itself. When we refuse to submit to any kind of authority it starts to smell a lot like that rotten apple in the Garden of Eden.

3. Sin & Community – In the video, Jeff says he believes in sin. I do too. But that is why I do not trust my own judgement. Because I really really believe that I am a sinner. I cannot do this alone. I need Tradition and the guidance of the Holy Spirit, lived out in the Church and in the lives of my brothers and sisters in Christ.

4. Individualism and Relativism – These are the diseases of our culture and they are killing us spiritually. If we give up “religion” and replace it with the dictatorship of individual conscience, often malformed conscience, we are not getting rid of religion, we are replacing one religion with as many religions as there are people. As much as part of me would love to establish the Church of Theresa, I’m not sure that would be the best thing for my soul. God is not whatever we want God to be. He is much bigger than that.

I would love to hear what all of you thought of this video also.

Peace to all of you!

January 25, 2012 My Sin Hangs Out with Creepy Fish
Recent Comments
0 | Leave a Comment
Browse Our Archives
get the latest from
Catholic
Sign up for our newsletter
POPULAR AT PATHEOS Catholic
1

Whose June Is It?
Mudblood Catholic
Related posts from Pursued by Truth