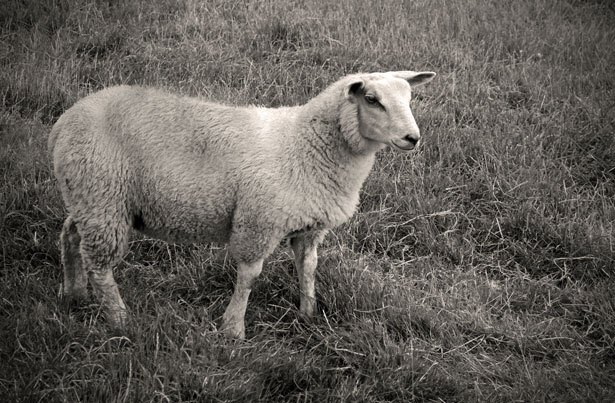 Many of you are familiar with Father Corapi, the former Ferrari driving, cocaine addict turned Roman Catholic priest who is now the Amelia Earhart of the Catholic Church.

In 1991, Father Corapi was ordained to the priesthood by Pope John Paul II. His career as a public speaker brought him to great fame within the Catholic speaking circuit. But all of this fell apart in 2011 when Corapi was accused of misconduct and huffed away without a fight, indicating to most involved that at least some of the allegations against him were true (sexual misconduct, substance abuse, violating vow of poverty, etc).
I was as shocked as anyone else last year to see Father Corapi, clad in a leather jacket and gaunt face, speaking to his many fans informing them that he was going to leave the priesthood. He insisted that he was innocent of all charges against him and could not possibly get a fair hearing from the Church. Father Corapi’s demonization of the Church hierarchy immediately alerted me to the likelihood of his guilt. A person who had been an avid supporter of the Church had suddenly turned into a conspiracy theorist who believed everyone was out to get him.
As the news broke, I watched the Catholic blogosphere pounce on Corapi with a ferocity that astounded me slightly more than the situation itself, and at first I felt very upset and angry along with all of these Catholics who felt bamboozled by this smooth talking con artist of a priest. My initial anger and disillusionment led me to chuck the only CD that I owned of his in the trash. Ironically, it was his CD on humility – a wonderful talk on this virtue as the foundation of holiness. I considered mailing him the CD and telling him to take his own advice.
But a few days later I fished the CD out of the trash and it has been sitting on my desk since then. Sometimes when I see it I feel a flash of anger at this man who has abandoned the priesthood but most often I feel a little pang in my heart for him. Beneath his rough exterior, Corapi had a real love of the Church and was a natural defender of what is true, even if it was unpopular. Corapi was a man who would say things that no one else would say. Despite the fact that hating Corapi and making him a villain would have been an easier exercise for my mind, I decided to take some time to really absorb what happened and to consider it more objectively.
After many months of keeping this scandal in my heart I thought that I would share with you what I have realized. It is fairly simple.
We humans like to create dualities in our worldview – the world vs. the Church, secularization vs. spirituality, body vs. soul and on and on. With the Father Corapi case, he was painted as either a terrible villain or an innocent man targeted by the Church. No in betweens. This makes sense because it is an easier way to view our world. Something is either good or bad, and either way we don’t have to think much more about it.
But the thing is, we are complicated creatures. And our world, as a result, is a complicated world. Individual people are nuanced, beautiful human beings capable of great evil and great good. Often, as C.S. Lewis once said, the most evil human beings are those capable of the most good. So why do we as Catholics build up people as idols, only to bash them with anger and ferocity when they end up showing us simply what they always were, humans capable of mistakes?
It is natural to notice different people at different times for the face of God that they uniquely show to us, but we must be able to look beyond their individual face to the source of what attracts us to them, which is God himself.
Father Corapi has disappeared from the internet. His web site has been removed and different bloggers are hypothesizing where he could be. Some think he may have returned to his religious order. I, for one, keep him close to my heart, praying that he will return to his work as a priest. Would I go hear him speak after all of this scandal? The short answer is yes. I belong to a Church of sinners. We are a Church of deniers. We are all Peter at that charcoal fire denying that we even know Jesus the Nazorean. If we admit this about ourselves, we can all the more easily admit that we are all justly considered the black sheep of the family. But we are also a Church of the resurrection and transformation. So aware of our sin, we can begin to have hope in the possibility of our transformation that the resurrection of Jesus makes possible.
Let us pray for all priests, religious and lay people who are in the public eye of the Church (Father Barron, Father James Martin, Immaculée Ilibagiza, etc). May they cling to Jesus manifest in the body of the Church and remain faithful to her teachings. May we look to them as an example but not be scandalized in any way when they show human weakness. The source of light that dazzles us in others is God and no other, help us to see this Jesus.
Previous Post 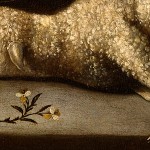 May 7, 2012 LCWR - 5 Reasons to Leave the Labels Behind
Recent Comments
0 | Leave a Comment
Browse Our Archives
Follow Us!