What’s not to love?

(insert something about the Bridegroom serenading his people, the Shepherd calling his sheep).

It just makes me happy to see priests rap. And skateboard. And tap dance. And slam dunk. And break dance. And just generally be happy and awesome.

And I bet I am not alone on this.

So, I was recently inspired to put together a list of some of my favorite rapping priests:

In no particular order…

1. Father Jakub Bartczak: A priest from Poland. I have no idea what he is saying in this video…but I read that this song is about Scripture. And it’s awesome.

This one’s good too.

2. Father Stan Fortuna CFR: This friar has a special place in my heart because he helped inspire me to follow my vocation. Father Stan is wacky, smart and talented and if you haven’t heard “Everybody Got 2 Suffer” you need to brush up on your greatest hits.

3.  Father Mark Menegatti OSA: Father Mark describes his music as hip-hop (cue arguments on what exactly is the difference between hip hop and rap). He is also on Tumblr and I am fast approaching an age when I will no longer be able to read the small white type on black background, but then that might be the point. Father Mark Augustine is hip.

Hip Hop shaped me in so many brilliant ways, and turned me over to an adventure with God. I try to reconcile the authentic and classic form of Hip Hop culture which is often at variance if not a dichotomy to what the mainstream entertainment media personifies under that name. I have recently completed my first Hip Hop project as a Friar: Revolution of the Heart, and am currently working on my follow-up project.

4. Father Claude Burns (Pontifex): This is the priest who released the video “Why I Love Religion, And Love Jesus” in response to Jefferson Bethke’s viral video: “Why I Hate Religion, But Love Jesus.” His work has gotten even better over the past couple years.  I especially like his new album “Symphony and Static” and the promo video by Spirit Juice Studios is great.

5. Father Joshua Johnson: I just recently saw this video of Father Joshua. He is a newly ordained priest from the diocese of Baton Rouge. His vocation story (after the rap) is great, down-to-earth and real.

If you have any additions to the list, or any other examples of priests being awesome, please add them to the comments. 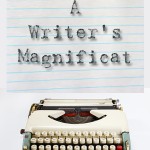 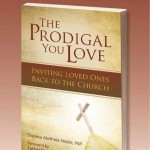 December 16, 2014 Enter to Win Autographed Copy of The Prodigal You Love
Recent Comments
0 | Leave a Comment
Browse Our Archives
get the latest from
Catholic
Sign up for our newsletter
POPULAR AT PATHEOS Catholic
1