How the Eucharist Saved My Life

When I first moved to Patheos, I wrote a blog post about how I received the Eucharist when I was still an atheist. I don’t want to rehash the issues surrounding that—at all.

But what I do want to go back to is how the Eucharist saved my life.

I was living on the campus of a university in Northern California. My boyfriend was studying for his PhD and I had taken a year off to recover from an intense time teaching in inner-city Miami.

This is one of my journal entries from during my time of teaching.

It explains a lot:

So I am thinking of getting a new job. Here are the options:

1. Something that involves sitting under a palm tree and picking at sand with a stick.

2. Submitting poems to journals and weaving a colorful quilt with the rejections slips.

3. DO ANYTHING THAT DOES NOT INVOLVE TALKING TO CHILDREN

I planned to enter law school the next year, but in the meantime I just wanted to relax. So I had a lot of free time, something I had very little of when I was teaching and I spent it taking a Chinese class, reading, learning to sail, and I eventually traveled to Latin America.

One day while I was wandering around, I noticed that the main church at the center of the campus was bustling with people. I saw a man with billowing white robes standing outside.*

I was intrigued. I knew he must be a priest of some sort but I had been away from the Church for too long to understand much else. (Isn’t it kind of funny how intelligent, educated people feel that learning even the most basic things about Catholicism are beneath them?) Anyway, I looked at  his face.

He was young, handsome and really happy.

I stood there gaping at him for much longer than is socially acceptable.

I stepped into the church, half expecting sirens to go off.

A lady smiled at me warmly.

I took a seat in the back of the Church, near the door. I figured I would stay just for a few minutes. But the moment I entered the Church, I felt a Presence. It was not the presence of the other people; I could physically locate this Presence. It overwhelmed everything else in the room. It was like a giant magnet drawing me toward the area of the altar. I kept looking in that direction. I saw the tabernacle and my formerly Catholic mind registered the fact that these people believed that God resided there. I pushed that thought away. But the Presence did not go away.

When it came time for Communion, I considered sitting in my seat. “I don’t believe this stuff,” I reasoned.

But I went up.

All the while, my head and my heart were ferociously at war.

I received Communion and as I did I remembered a friend of mine who had told me about the time one of her friends went to a Catholic funeral and received Communion, not knowing what it was or what she was doing. When she got back to her seat, she thought, “I must not be meant to eat this, it tastes like cardboard!” So she took the Eucharist out of her mouth and put it on the bottom of her seat like a wad of gum.**

I remember my friend laughing when she told me the story.

I did not believe in God at the time so I should have found it funny.

But I only felt sick to my stomach, terror, and a deep sadness.

All of these memories rushed into my mind, overwhelming it for a moment.

When I got home my boyfriend asked me, “What were you doing?”

I told him I went to Mass.

My head responded, “The traditions soothe me, it is like a lullaby…but I don’t believe any of it.”

As I said this my heart began beating wildly.***

* Several years later I met the man I had seen with the billowing white robes outside the church that day. He is now a Dominican priest and we are godparents to a beautiful little girl named Theresa.

**This is hopefully motivation for any priests reading this to verbally instruct Mass goers on proper reception of the Eucharist at funerals and weddings and other similar events.

***It would be several years before I would do things right and formally return to the Church. But it would be just months before I began to believe in God again. I can only believe that my recognition of the Presence on that fateful day was a seed planted that would eventually break the hardened earth around my heart on the day of my conversion. 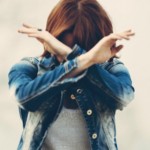 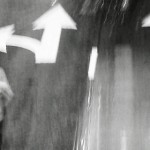 June 5, 2015 Why I Choose to REMAIN Catholic
Recent Comments
23 Comments | Leave a Comment
Browse Our Archives
get the latest from
Catholic
Sign up for our newsletter
POPULAR AT PATHEOS Catholic
1