What Are the Gifts of the Holy Spirit?

The Gifts of the Holy Spirit are one of those things we might remember from catechism classes, but we usually don’t think about them very much.

After making my retreat during Pentecost week, I realized I only had a vague idea of what they are exactly and how they relate to each other.

Even the Catechism of the Catholic Church doesn’t say very much about them, except for this:

The seven gifts of the Holy Spirit are wisdom, understanding, counsel, fortitude, knowledge, piety, and fear of the Lord. They belong in their fullness to Christ, Son of David. They complete and perfect the virtues of those who receive them. They make the faithful docile in readily obeying divine inspirations. (1831)

To learn more about them, I looked up what St Thomas says about them in his Summa. The first thing he asks is this: Are the virtues the same as the Gifts, or are they different? (I-II, q. 68, article 1.)

He answers that they are different, and goes on to explain why. We can be moved in two ways: in one way from within ourselves, and in another way from outside ourselves, that is, from God.

By nature we have the ability to reason, and a free will. The virtues are qualities that enable us to be moved from within, by our own reason and will. (We do need the help of God’s grace to act so as to do good, that is, a meritorious act by grace, but that is a separate issue. For now I’m just focusing on the difference between the virtues and the Gifts.)

A virtue is a good habit. For example, a person might have the good habit of being honest in dealing with others. An upright person recognizes that it is good to tell the truth, not to cheat, etc., and can choose to act that way toward others. That person is practicing the virtue of honesty and integrity. The fundamental virtue underlying that is justice, one of the four cardinal virtues. In terms of a natural virtue, the person is being moved by reason and will to act with integrity—being moved from within.

We can be moved in a second way, however, when we receive inspirations from God. To be moved by divine inspiration, we need to be receptive to the movement of grace. For that, we need something more than virtues—we need the Gifts of the Holy Spirit.

The purpose of the Gifts is to make us receptive to the inspirations God is sending us. In light of this, St Thomas concludes that the Gifts are not identical with the virtues, but are something over and above them. They make us fine-tuned to be able to pick up the inspirations God sends, and to act on them.

St Thomas goes on to explain more about exactly why we need to be moved by God this way, but I’ll put that in another post.

(Follow more of Sr. Lorraine’s posts on the gifts of the Holy Spirit on her blog: Thomas for Today.) 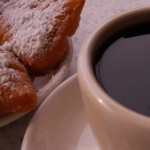 August 12, 2015
An Out-Of-The-Way New Orleans Must-See for Catholics
Next Post 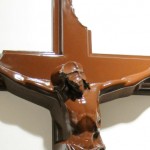 August 17, 2015 Do You Pray to a Chocolate Jesus?
Recent Comments
0 | Leave a Comment
"Jeanne d’Arc, Albert Lynch (1851-1912) , does anyone know who is the person that posed ..."
artisamazing 10 Most Gorgeous Paintings of Joan ..."
"My heart breaks for the Christians (and other minorities) in hte middle east. They will ..."
Manny NEW Syrian Archbishop’s Letter: Will We ..."
"This movie was painful to watch for more reasons than I'll enumerate here. Others like ..."
KH Sr. Helena Burns Reviews: War Room
"Anything's possible."
Truth Seeker What Are the Gifts of the ..."
Browse Our Archives
Related posts from Pursued by Truth