4 Possible Paths for Christians in the East Says Syrian Archbishop

This is the 2015 Christmas letter written by Syrian Archbishop Samir Nassar, translated by Sr. Margaret Charles Kerry, FSP and shared with permission.

I have been posting the archbishop’s periodic letters for more than a year now and am so saddened to see the situation become more hopeless for Christians in Syria. – Sr. Theresa Aletheia

The Exodus of Middle Eastern Christians

Since 2003 (the Iraq war) and especially since 2011 (Arab spring) the exodus of Christians from the East increases. Some reports give only ten years for the page to turn concerning Christianity in the Middle East. This seems to be a pessimistic view, but observed experience shows an alarming and growing emigration movement.

The subject of daily discussions is how to leave. Go anywhere and in any way even if it means taking dangerous risks. A family just sent their twelve-year-old son away with a caravan of fugitives. A twelve-year-old child who will not return. Will he later be able to invite his family to join him? Will he find a safe place and a suitable home?

Given the military stalemate, an increasingly distant peace, and to avoid military service in order to escape an absurd war that has lasted too long, young people are the greatest number of those who leave.

What is the Church’s future without young people? It is the fatal end of apostolic Christianity in a biblical land that has become a hostage of violence and intolerance in the name of a radical faith that neither supports pluralism nor accepts differences.

How can the Church of the Middle East envision the future?

1) Follow the faithful in the countries of the diaspora to help them to keep their faith of origin.

2) Establish alliances between minorities to defend their citizens’ rights against the domination of an ‘intolerant’ Islam.

3) Seek guarantees of protection from the ruling authorities.

4) Accept living under the shadow of Islam and continue a life full of difficulties and challenges.

The Christians of the East face an almost suicidal choice. Living under the shadow of Islam remains a choice quite difficult to assume. Living in the shadow of Islam requires a return to the early centuries of the Church, which highlights the hidden life of Jesus in Nazareth. This dynamism is favored by the Charter of the Year of Mercy announced by the Francis Pope. Showing the merciful face of Christ gives vitality to the witness to the Gospel. The social committee that visits Muslim prisoners in Syria highlights the Good Samaritan at the heart of people in distress. This is a providential way, a challenge that enables the continuation of the mission and the joy of the Divine Child. 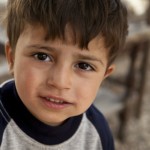 November 24, 2015
#SyrianRefugees: The Dangerous Effects of Fear-Mongering
Next Post 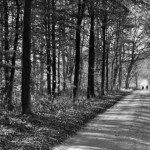 November 24, 2015 When Relating to God as Spouse Feels Icky
Recent Comments
0 | Leave a Comment
Browse Our Archives
get the latest from
Catholic
Sign up for our newsletter
Related posts from Pursued by Truth