Our last day in Kenya was Easter Sunday. It began with hiking to the top of a mountain to watch the sunrise and to pray, asking for the blessings of Mother Earth.

Later, after breakfast, most of my students stayed at the guest house or went hiking to see a waterfall, but I had asked Eden to bring me along to experience a Kenyan-style Quaker worship service.

My own Quaker meeting, in the heart of New England, is unprogrammed. It’s what most people imagine when they think of Quakers: silent, waiting worship without a preacher, without a pulpit, without hymns or sermon. The pews are arranged concentrically, and messages are delivered when worshipers feel moved by Spirit to stand and speak. We sit at one end of a continuum of worship among American Quakers. At the other extreme are programmed, pastoral meetings that look and feel very much like Protestant churches, but there are many permutations in between.

Theologically, we also sit at one extreme end, with probably less than half of our members and attenders identifying themselves as Christian. One of the things that is most precious to me about the Religious Society of Friends is our ability to sit in worship together and experience Spirit together in spite of thinking about Spirit in radically different ways. Quakers seem to get it that religion is about encountering the Divine, not about espousing a creed.

Intervisitation with Quakers from different traditions within the RSoF is one way to keep that kind of corporate worshiping across doctrinal lines alive. The controversy I wrote about earlier concerning the Friends United Meeting personnel policy makes it especially important, in my view, between liberal American Friends and Friends in Kenya.

I’d been warned that such things often last for four or five hours, and that was on an ordinary Sunday. Purely by coincidence, the one day our schedule would allow me to visit a Friends Church was on Easter. Eden assured me that it would be fine for us to come and go. It would probably already be in full swing when we arrived, and would go on for hours after we left.

We were called up to the front when we arrived, to introduce ourselves. I conveyed greetings from Mt. Toby Monthly Meeting in America, and Eden made it clear that we just wanted to sit in the regular pews, not the facing bench behind the pulpit. It hadn’t occurred to me that, as exotic foreigners, we might be expected to sit in a place of honor. I was very grateful we didn’t; it would have been much harder to leave gracefully from the facing bench.

The service meandered from hymns to committee reports to more hymns and then a sermon. It wasn’t in English. In fact, it wasn’t even in Swahili. It was in a “mother tongue,” one of the local tribal languages. Someone—he seemed like a deacon or something—came and sat between us and leaned close to translate for us.

It was very long, and with only a few key phrases being translated, it got a bit tedious. We were beginning to pick up our things and get ready to stand and leave when the preacher all of a sudden looked directly at us—at me—and asked a question. Our deacon translated: “Do people in America lead good Christian lives, or have they gone off the tracks?”

It took some time for Eden to clarify, first for herself and then for me, that in fact we were being asked to stand up and offer comment. While we were figuring all this out, the preacher asked two or three more questions: “If your husband took a second wife, could you welcome her into your house? If your husband had a child by another woman, could you welcome the child as part of your family?” Eden and I, in whispered conversation, went back and forth a few times about whether I wanted to field the first question? She could stand up and do all the speaking if I preferred. She may have been a bit nervous about what I, as a non-Christian Quaker, would say to such a question. But I told her I wanted to take it on.

The message I delivered felt right. It felt true. It felt like it had the *crack* of a baseball sent arcing out to the stands.

I had to turn around to face the congregation. We were near the front of the church, and I hadn’t realized how many people had entered since we first sat down. I said, “You have asked if Americans are living good Christian lives, or if we have gone off the tracks.” I paused for our deacon to translate, then went on: “The message of Jesus, as I understand it, is that we all go off the tracks at times, but that God is always ready to welcome us back.” They smiled. They loved it. Boy, did it feel weird as a Wiccan/Pagan Quaker to be preaching the words of Jesus to a bunch of Evangelicals, but they carried truth. I’d found the thread within Christianity that isn’t about sectarianism, and reminded them of it.

I didn’t need to speak up for Paganism. That’s not what it was about. And if I’d tried, I would have hopelessly muddied the waters, lecturing to people I didn’t know and whose culture I didn’t understand. It would have been disrespectful to our African hosts, every bit as bad as standing up in, say, a Hindu temple or a Shinto shrine and shouting at them about Jesus.

Further, one of the things that makes Paganism unique and precious is that it grows from the land and it sinks its roots into the land. Paganism isn’t about a set of beliefs; it’s a way of being. It celebrates the material—the Earth and the body—as well as the wheel of the year and the cycles of life. Paganism is not served by wealthy Americans jetting around the world to harangue subsistence farmers.

Instead, I found the spark of tolerance and universalism within their tradition. Speaking from a place of centeredness and truth, I reached out from where the Light touches me to where it touches them.

And I left it at that.

Eden handled the questions about polygamy. She had been puzzling over whether the minister’s sermon was about the need for women to be submissive—Eden would have had a very hard time with that—or whether his preaching was more about forgiveness. Eventually she figured out that what he seemed to be saying was that even when terrible things happen (and for a woman in Kenya, her husband taking a second wife is terrible indeed) you should trust in God, because God will care for his children.

She said afterwards that I’d done well answering the question. She’d seen other American Quakers in similar situations try to talk about how America is multicultural and not everyone there is Christian, and it’s just not a message that’s easy to convey clearly here.

I think it was actually easier for me, as a Pagan Quaker, to simply speak the words of Jesus as they moved me than it would have been for a liberal Christian, rather the way speaking in a foreign language can feel more natural than trying to imitate someone else’s accent in your own language. These were my Quaker sisters and brothers, and yet their religion was as profoundly different from my own relationship with the Divine as their mother tongue was from my English.

May 28, 2011
Peter in Kenya, part IV: Oppressor and Oppressed
Next Post

May 31, 2011 And that's a wrap!
Recent Comments
0 | Leave a Comment
Browse Our Archives
Related posts from Quaker Pagan Reflections 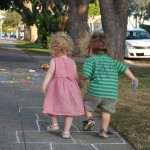 Pagan
Community and the Practice of Love
Quaker Pagan Reflections 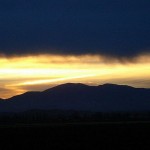 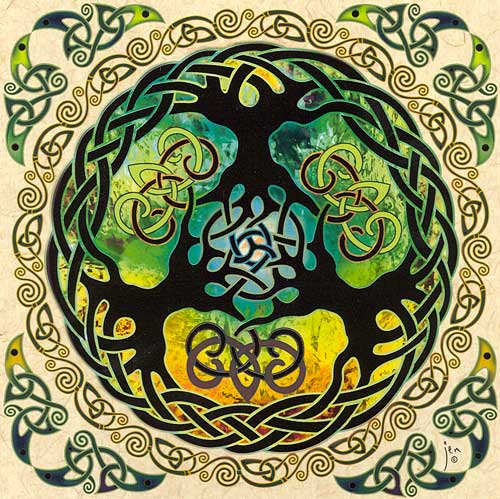