Understanding the Depths of God’s Mercy: Non-Christians in the Afterlife

This is a topic that is extremely important to me, for natural reasons. I count myself lucky that I grew up in a liberal United Methodist church that taught us, first and foremost, that God is unconditionally merciful towards all. Thanks to my religious upbringing, I know that God reacts with convicting compassion instead of condemnation towards us when we make mistakes.

When I started going to college, I started studying the topic of whether or not non-Christians go to Heaven. Unfortunately, I encountered several (Protestant/non-denominational) web sources that either implied or outright stated their beliefs that there was no chance of salvation for anybody who wasn’t explicitly saved before passing away.

Reading all of that nastily clashed with what I was taught in my church. Is this the truth? That anybody who has never had the chance to hear the name of Jesus doesn’t have a chance at getting into Heaven? Even if there was no logical way for them to learn of Him in their time?

See, this is an inherently illogical conclusion. If we attest to this belief, then that means that Native Americans and other indigenous populations who never heard of Jesus were automatically condemned to Hell for something outside of their control. I found an article by Life Hope & Truth that discusses how this notion clashes with the numerous Bible verses detailing God’s compassionate nature towards all.

“…who wants all people to be saved and come to the knowledge of truth.”

Not to mention, there is an important verse from the book of Ezekiel that completely disparages this awful notion.

“For I take no pleasure in the death of anyone, declares the Sovereign LORD. Repent and live!”

God is not a cold-hearted sadist who revels in condemning people to Hell. If we attest to any level/version of this interpretation of Him, then we inherently deny the depths of His mercy. There’s hardly any compassion behind telling a grieving person that there’s a chance their loved one is in Hell, based on our own beliefs. That’s a mistake that comes dangerously close to violating Jesus’s warning about judging others.

For this issue, I looked to various web resources for answers. I found what I was looking for in Catholic testimonies of messages from the Blessed Virgin Mary.

The Testimony of Medjugorje

A few years ago, I did a study on the famous Marian apparitions in Medjugorje, Croatia, out of a desire to get a deeper understanding of why anybody would end up in Hell. Like many others, I’ve had a difficult time trying to fathom how Hell can exist when God is merciful. After reading into the various testimonies of the four Croatian youth who saw glimpses of Hell during these apparitions, I understood that ultimately, people choose Hell for themselves.

According to the testimony of Marija, one of the four children, God doesn’t condemn anybody to Hell; rather, they willfully condemn themselves by their choices. When we continuously choose to reject God by our choices, we distance ourselves from Him. After all, sin is incompatible with God, as are choices based on mercilessness.

All of this coincides with the sole unforgivable sin, “blasphemy against the Holy Spirit” (mentioned in Luke 12:10), which can be translated as choosing to reject God forever. If we willfully reject God and the gift of eternal life, we choose for ourselves to forever steep in what is essentially an everlasting grudge.

By choosing this grudge over God, we choose to cling to our pride, malice, and many other things that are inherently incompatible with His nature. As the children of Medjugorje saw in their glimpses of Hell, the people there transform into demonic, twisted forms as a result of their willing choice.

The Importance of Mercy

For a good analogy on God’s mercy, let’s look at a scene from my favorite movie of all time, Disney’s The Hunchback of Notre Dame. Here we see the starkest difference between Quasimodo and Frollo: where Quasimodo showed him mercy despite everything Frollo had done, Frollo returned the favor by mercilessly attempting to kill both him and Esmerelda.

Refusing to show others mercy is inherently incompatible with God, who is mercy incarnate. If we choose to deny mercy to others, then God has reason to do the same, the key message from Jesus’s parable of the unforgiving servant.

“For judgment is without mercy to one who has shown no mercy. Mercy triumphs over judgment.”

For another excellent analogy, consider this cutscene from my favorite video game of all time, Silent Hill 3. Here, we see the protagonist, Heather, silently listen to a weeping woman confess (to the in-game cult’s interpretation of God) her fear of being condemned and her desire to repent.

When anybody comes to God with this raw desire to repent and be forgiven, He will always listen to them. I hope and pray that we all choose to trust in God’s abundant mercy, rather than our fear that we’re somehow unforgivable.

I’ve grieved the losses of two of my grandpas, who were loving men. To the best of my knowledge, neither of them were religious. It’s because of the God-given experiences I had with them in my dreams that I was inspired to delve into this topic.

In August 2020, in an incredibly vivid dream, I met my Grandpa Brennan (my Dad’s father), who sadly passed away before I was born. In this dream, Grandpa drove me around town in his car while he constantly emitted an aura of unconditional love, the same feeling I have when talking with God. Grandpa Brennan had a big, warm grin as we excitedly talked with each other.

In the dream, I told Grandpa Brennan that Mom still adores his memory, and in return, he said to me that he’s thrilled to see that she’s become an incredible 2nd mother. Grandpa Brennan showed acute knowledge of Mom marrying my Scottish Dad Jamie and becoming a 2nd mother to his two children. By revealing his intimate knowledge of how our family has been doing, Grandpa Brennan gave a powerful indication that he was observing us from the afterlife. It was clear to me afterward that he was at peace and had been touched by God. It was thrilling, getting to speak with him at last!

I had a similar experience with my Grandpa Bowman (my Mom’s father) about a few years ago. He showed up in my dreams during a night when I didn’t feel safe in my apartment due to a strange rattling of my doorknob that I knew wasn’t from any of our neighbors or a guest. I went to sleep that night, scared that I would see something evil in my dreams. Instead, Grandpa appeared, and when I told him out of heartache that I missed him, I remember hearing him tell me, “I miss you too, buddy.”

When I woke up in the middle of the night after this dream ended, I felt more at peace than I had in ages. Whereas I usually wake up feeling groggy and uncertain, if not anxious, there was none of that this time. I knew that Grandpa had visited me and that it was the sign I needed that he was at peace.

I believe and attest that Jesus, who is God, is part of the equation that guides people to Heaven. I’m not pretentious enough to think that I know all of how that works, but this is the conclusion I’ve drawn from my research and personal spiritual experiences.

I know that both of my grandpas, my beloved friend Will, and so many others are peacefully waiting for me on the other side. There’s no need for me to be anxious for them. Jesus found a way, likely one that transcends our human ability to understand, to put them on the path to Heaven. For that, I am forever grateful. 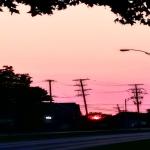 November 9, 2020
Pride vs Humility: A Parallel Between King Saul, David and the 2020 Election
Next Post 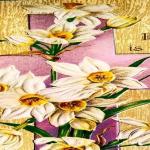 April 3, 2021 "Greatest Love": Remembering Jesus' Loving Sacrifice on Easter
Recent Comments
0 | Leave a Comment
"Agreed. Elrond and Gilraen would understand us not wanting to watch the news anymore. At ..."
Connor Brennan The True Future of Arwen Undómiel: ..."
"We're marching inexorably to authoritarian madness and burning the world down around our ears at ..."
Eeyore The True Future of Arwen Undómiel: ..."
"I hear you, my friend. I'm disgusted that we've seen Christians demanding that this little ..."
Connor Brennan Analyzing the Tragic Story of the ..."
""Some of the Christian reactions to this girl’s suffering validate the fears recently shared about ..."
AndreaFlameFox Analyzing the Tragic Story of the ..."
Browse Our Archives
Related posts from Quis ut Deus? 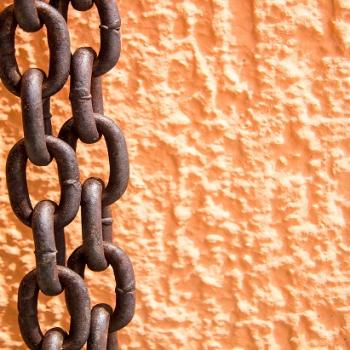 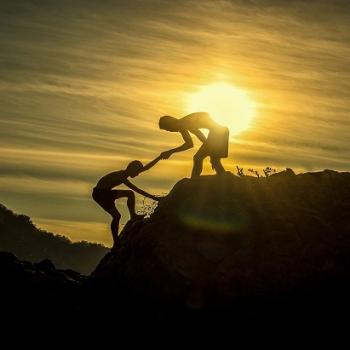 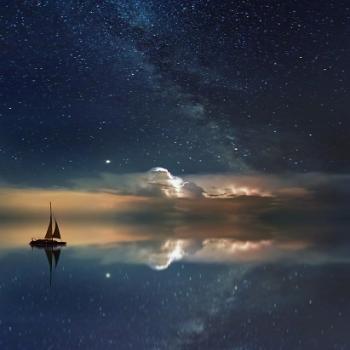