Learning About Deconstruction and Its Relation to Evangelical Christianity

I regret feeling sheltered from much of what goes on in the mainstream Christian world. It wasn’t until I recently joined Patheos as a writer and read other authors’ articles on deconstruction that I learned about the horridly harsh reactions it receives from other Christians. Specifically from those on the Evangelical/fundamentalist side of faith.

Deconstructionism of an Ill Message

One of the first things that opened my eyes to this whole hullabaloo was learning about John Cooper, the frontman for Skillet (a Christian rock band). This video is from one of their recent concerts, where John paused to give an alarming speech about deconstruction.

This is a fuller version of a TikTok video I’ve seen passed around the web. The TikTok video had captions, which helped me transcribe part of this:

“It is time that we declare war against this Deconstruction Christian movement. And I’ll tell you what, I don’t even like calling it Deconstruction ‘Christian’ because there is nothing Christian about it. It is a FALSE RELIGION! It is a whole other religion!

And all I want to know from all these people lying to our young folks: if living your ‘truest, authentic self’ is really that wonderful for you, and your sexual revolution…then what I want to know is this:

I wanna know why these celebrities’ lives are so absolutely screwed up if they really believe they are so happy.”

The sheer scorn here when he poises this question makes my skin crawl. There’s no compassion, no empathy, no offering of a helping hand to alleviate their “sadness”. This sounds like what a Pharisee would say.

Here’s another transcribed part that needs to be addressed:

“Sometimes people say ‘John, why are you being so mean? They’re your brothers!’

No, they are not. They are not ‘brothers’. I don’t hate them, I want them to come to repentance in Jesus Christ.

This sounds like gaslighting to me, folks. I’ve yet to find an account of a person who has gone through deconstruction and declared themselves “holier than Jesus”. And I don’t understand why he’s accusing them of “arrogance” when his whole message here reeks of it.

While it might not have been his intended message, it sounds like John Cooper is suggesting that those who’ve gone through deconstructed are no longer saved. If this is the case, this is an extremely dangerous accusation that violates Jesus saying “Do not judge, or you too will be judged” (Matthew 7:1).

The Poison of Fanaticism

My hometown is quite privy to the dangers of tolerating Christian fanaticism. Columbus is home to “Dwell” (formerly known as “Xenos”), a non-denominational church that focuses on building home churches to foster community.

Eh, well, that’s what they intended. Instead, based on the hundreds of alarming accounts from former members, Dwell/Xenos is a den of spiritual abuse.

I highly recommend perusing the site “Xenos is a Cult” for these testimonies, some of which were published just in the last couple of months alone. I just read one about a former member leaving after being pressured to stop associating with her gay friend. Her adult leader told her that her gay friend was going to Hell and that he was a dangerous presence in her life.

Using fearmongering to control church members never has good results. Members of these toxic communities know that if they “step out of line”, they risk being publicly derided. Or worse, expelled from their community without hesitation or mercy.

I see this blatant fearmongering in cults like Dwell/Xenos. I also see it in how certain leaders like John Cooper speak about deconstruction—openly demanding that deconstructing individuals “repent” for their supposed sin amounts to them refusing to conform to fundamentalist demands.

Some might call this subjective, but these arguments against deconstruction reek to me of emotional abuse. There’s so much shaming involved, and none of it comes even close to sounding like something Jesus would say.

Take a look at this article from The Gospel Coalition, in which the author infers that one of the causes of deconstruction is the “desire to sin”. That’s a jarring conclusion, to say the least. It’s a shame because the author does address the fact that “church hurt”, his term for spiritual abuse, is a prime motivator for deconstruction.

An excellent rebuke from Baptist News analyzed this article and debunked its misleading claims. Of note, the author perfectly called out the gaslighting-filled contempt for deconstruction evident in The Gospel Coalition‘s article. And no kidding! Who thinks it’s Godly to accuse deconstructing individuals of hiding their “true motivations”?

I try to avoid reading articles from The Gospel Coalition after I stumbled upon their response to Netflix’s Pray Away documentary. The author, somebody who formerly identified as gay, didn’t look at this documentary on ex-gay therapy in a favorable light. Indeed, he referred to the collection of painful ex-ex-gay testimonies as a “lopsided tale of woe”.

Over and over again, I’ve seen a Godless, patronizing tone in how these leaders speak against their would-be “enemies”. We definitely don’t see eye-to-eye with these leaders but that doesn’t give them a free pass to pull this nasty “holier than thou” attitude over us.

Questions Must Be Asked

Another underlying theme I’ve seen in these reactions against deconstruction is the theme of honest questions getting rebuked. Take a look at this article, which addresses the ugly history of purity culture along with the journey of one of its former adherents, Joshua Harris. The author did a magnificent job of pointing out that church leaders shouting down attempts at honest questions is exactly how cults work.

As I’ve learned more about the ongoing (and tense) discussion on deconstruction, I’ve learned about the individuals trying to seek a genuine understanding. Alisa Childers, somebody who once went through her own deconstruction process, is a Christian apologetic. Compared to others like John Cooper, she seems far more diplomatic in her approach towards deconstruction, at least in the beginning of this article she wrote for The Gospel Coalition.

I mean hey, this article seemed to get off with a reasonable start! Alisa acknowledges that not all deconstruction is “bad” as it may lead to reformation into a deeper faith. But then she states right afterward that deconstruction has “little to do with objective truth”. If I’m right and haven’t misinterpreted what Alisa says in her article, this comes down to deconstructing individuals not looking to the Bible as the ultimate authority.

To some degree, I do understand what Alisa says in her article about the concern over objectivity. The reason I disagree with her about using the Bible as objectivity is simply that the different translations that have come out of it across the ages have led to some really unfortunate mistranslations. I was interested when she mentioned “God is Grey”, one of my favorite Christian YouTube channels run by the amazing Brenda Davies.

Lo and behold, I looked on YouTube and Brenda actually did a video on Alisa:

“Who knows the real Jesus?”

Boy, that was a hardball that I surely wasn’t expecting!

Let’s Get Real, Shall We?

That was a delightfully bold question that Brenda posed! Her diplomacy radiated here, as she said that despite her differences in views with Alisa (and Allie Stuckey, also mentioned in this video), Brenda openly refused to suggest that they don’t know the same Jesus that she does.

I was shocked hearing a clip from Alisa in Brenda’s video saying that deconstruction is a “sacrament” of progressive Christianity. Brenda rebuked this by saying that the goal of progressive Christianity is to have a faith not built on harmful, toxic ideology. A place where one is free to ask important questions without fear of being shut down for “stepping out of line”.

Brenda showed a clip of Alisa suggesting that another aim of progressive Christianity/deconstruction is to assert that one is “more moral than God”. I really hoped that John Cooper snidely deriding deconstructing individuals as feeling “more holy than Jesus Christ Himself” was an isolated issue. Eh, I guess not.

Like Brenda said in response to Alisa, we progressives aren’t aiming to say that we’re “more moral than God”. No indeed, we’re aiming to address the “elephants in religion” as Brenda put it. To have peace over the hard topics in Christianity, perhaps most especially the topic and nature of Hell.

It’s Been a Privilege

You know, in the midst of me taking in all of this information about the arguments over deconstruction, I’ve realized that geez, I’m privileged! Mom raised me and my two sisters in a progressive, United Methodist environment our whole lives.

Throughout my life, I’ve always been taught about how loving God is. All of my church families uplifted me when I came out as gay to them, something I never take for granted.

I truly believed for a while out of innocence that every other Chrisitan youth had the same awesome experience I have, and wow, I couldn’t have been more wrong.

It breaks my heart to see these video clips of those on the Evangelical side of the aisle slandering those who’ve suffered spiritual abuse. I read articles from fundamentalist leaders decrying deconstruction while refusing to acknowledge that it’s their own mercilessness that drives people out of the pews. I’ve been taking this all in, and I want to shout this quote from the Silent Hill film at the top of my lungs:

Jesus is indeed the answer, the medicine we all need, and I pray that He helps us reach a diplomatic conclusion to this unnecessary conflict. 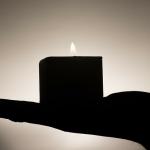 February 26, 2022
"Because of You": Biblical Parallels of Reconciliation in Disney's "Encanto"
Next Post 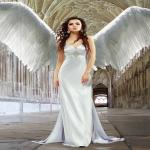 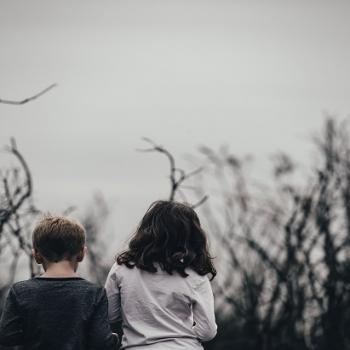 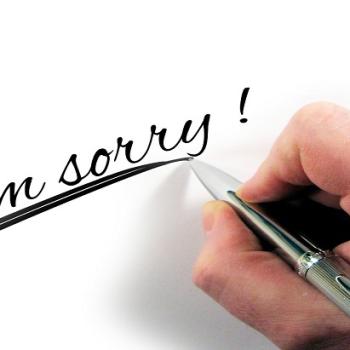 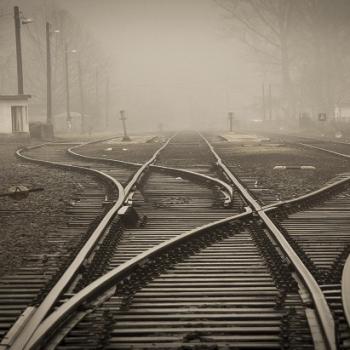