Purgatory: Looking at a Catholic Belief as a Protestant

The topic of Purgatory is foreign and bizarre to a Protestant like me. Why wouldn’t Christians go straight to Heaven after we die, anyway? This issue threw me for a loop when I started studying Catholic spirituality.

On the Protestant end of this debate, I found this video by the Evangelical Christian YouTube channel GotQuestions.org:

Pastor Nelson of GotQuestions.org argues that the doctrine of Purgatory doesn’t align with the Bible. He provides a solid argument that Purgatory makes no sense when, as it says in Romans 5:8, Jesus died to remove the penalty for all sins. Why, then, would Purgatory be necessary? Would the concept of Purgatory thus invalidate Jesus’ sacrifice, as Pastor Nelson argues here?

To strengthen his argument, Pastor Nelson mentions 1 Corinthians 3:15, the verse about things going through a “trial by fire”. In this trial, the good qualities pass through the fire while the bad ones are consumed. He notes that this is one of the main Bible verses used to justify the belief in Purgatory. To him, however, that’s not what the verse is talking about.

I found a good Catholic argument for Purgatory from Fr. Mike Schmitz of the Ascension Presents YouTube channel:

Fr. Schmitz clarifies in this video that Purgatory isn’t a “massive doctrine”, contrary to popular belief. He also makes sure his audience understands that believing in Purgatory doesn’t at all diminish Jesus’ sacrifice. Purgatory exists because of the lingering stains of sin on our souls and is fueled by God’s grace towards us.

What I liked the most about Fr. Schmitz’s video is the analogy he provides about what Purgatory does for us. He references the great author C.S. Lewis, who argued that Purgatory is something we gladly choose to rid ourselves of the “old rags” left behind by sin. C.S. Lewis believed that nobody is forced into Purgatory against their will. I found a Catholic saint whose beliefs about Purgatory match his: St. Catherine of Genoa.

While researching Purgatory, I learned about St. Catherine of Genoa. St. Catherine gained a mystical understanding of why Purgatory exists. Her goddaughter recorded what the beloved saint shared about Purgatory as the “Treatise on Purgatory“.

There’s so much to take in from what St. Catherine had to share about Purgatory. I highly recommend reading the EWTN‘s article covering her work.

St. Catherine shared that Purgatory exists because of God’s Mercy towards us. The suffering felt by souls in Purgatory is largely due to their newfound awareness of their transgressions. These souls now understand that in order to be in perfect union with God, they must first cleanse themselves of their final attachments to sin.

She received a glimpse of Purgatory and bore witness to God’s love manifesting as a fire. This fire works to cleanse souls of the “rust” of their sin, the lingering effects of their transgressions. Of note, St. Catherine observed that the souls in Purgatory happily go through this purification process so that they can finally be in God’s presence.

It makes sense that attachments to sin prevent us from fully drawing close to God. This has a basis in the Bible, such as in Isaiah 59:2. Sin is anything contrary to God’s nature, and for this reason, we must let go of it entirely.

Something that stood out to me was St. Catherine mentioning “sins committed in malice”. These sins are especially dangerous for our souls because we willfully repeat them out of selfish justification. Sounds like a dead ringer for grudges!

My next question is, is Purgatory filled with a purifying fire? Or is this a metaphorical fire?

Is Purgatory a Fire?

This is something I’ve tried to reach a firm conclusion on. I’ve heard that Purgatory is a place of purging fire, and I’ve also listened to the opposing argument that there isn’t a physical fire. And then, I’ve read that one of my favorite saints, St. Faustina, saw Purgatory as both misty and fiery! This makes my poor Protestant mind spin!

I wonder, is there a firm doctrinal answer on this? At any rate, I found this article by Catholic Straight Answers. Their article quotes St. Francis de Sales, who purported that the flames fueling Purgatory are created by God’s Love. That makes sense, especially in light of what St. Catherine has written on Purgatory.

After doing some more research, it seems to me that the Catholic Church doesn’t actually have a firm agreement on this issue. There’s a ton of history behind this debate, going back to the Council of Florence around 1438.

My take on this is that the fires of Purgatory might be inward rather than outward. Maybe some saints saw a physical fire that resembled the fiery Love of God cleansing these souls? Or perhaps it’s an internal fire of anguish at their sins, and the aching desire to be washed anew.

While I can’t offer a firm conclusion on the nature of Purgatory, I can instead give an affirmation for why we need Purgatory. From personal experience, I know that sin, especially the sin of hatred, can indeed leave a lasting mark on our soul.

I don’t like admitting this, but I have a spiritual experience that confirms the argument that Purgatory cleanses remaining stains from sin. What St. Catherine said about “sins committed in malice” convicted me. It reminded me of a malignant grudge I held onto seven years ago.

During my sophomore year in college, I found myself stuck in a toxic dorm where I lived alongside some really catty girls. While they never openly used anti-gay slurs against me, nor did they ever try to get in my face, they still did some dehumanizing stuff. To briefly summarize it, they treated me as more of a “gay exhibit” than somebody living on their floor.

I got out of that awful place during that spring semester, but I refused to forgive them. While they had for sure mistreated me, I have to admit that I turned much of that into a nasty martyr complex. Months after God got me out of their reach, my grudge turned into genuine hatred of them.

The first warning sign I received about this was during spring break. Out of nowhere, I had a horrifying nightmare about some fiend attacking one of the girls who’d mistreated me. What made this worse was this all happened from my perspective, and I can still see it clearly seven years later.

Later that summer, I finally came to terms with how much hatred I’d been clinging to, and repented. With tears, in the privacy of our old laundry room, I confessed this sin to God.

The Stains of Sin

I think it was a month after my confession that I had another jarring dream. In this one, I faced off against a surrounding horde of demons, using God’s power to bind them and banish them back to Hell. Only, my appearance was horribly distorted. The best comparison I can offer is to the “Memory of Alessa” boss from the Silent Hill 3 horror video game.

In hindsight, I believe that what I saw here was a lighter version of whatever had attacked that girl in my spring break nightmare. My confession to God had snapped me out of my hateful reverie, thank goodness, but the mark of that hatred was all over my soul.

This dream gave me another warning about my soul’s ill state. I bound one of the demons in black chains and sent it plummeting back into what could only have been the Lake of Fire mentioned in Revelation. For about 10 seconds, I had no choice but to gaze upon the roiling flames as the demon disappeared into their depths.

In most of my dreams, I’ve always had the ability to make myself look away or wake up. But in this moment, I couldn’t move or snap out of it. After reading St. Catherine’s descriptions of both Purgatory and Hell, I think this could’ve been a warning that my hatred could’ve been my doom.

Holding onto hatred twists us into the likeness of Satan and separates us from God. It’s never worth the consequences, both temporal and eternal. After all, God is Love, and hatred is love’s antithesis.

Before I delved into Catholic spirituality, I believed that Purgatory was either unnecessary or nonexistent. But after doing this research and remembering these experiences of mine, I have a better understanding of why we need it.

God doesn’t use Purgatory to punish people. He uses it to help us let go of the last remnants of sin clinging to our souls. Jesus paid the price of sin for us, and Purgatory exists to wash away its last echoes.

I completely understand why we Protestants have disdain for Purgatory. In a way, I’m grateful for Purgatory because it helps to explain the vastness of God’s Mercy.

After realizing how much that malicious grudge I held had tainted my soul, I’m relieved that I confessed it to God. It’s been jarring to remember those experiences while reading about Purgatory cleansing the stain of sin from our souls. I’m grateful that I didn’t hold onto my hatred and keep justifying it like I’d been doing. The consequences wouldn’t have been worth it otherwise.

One of the lessons from Mary’s appearances in Medjugorje, Croatia, is that nobody needs to go to Purgatory. If we focus on denying ourselves here on Earth with sincere repentance, we could easily skip Purgatory altogether.

May we all learn to avoid hardening our hearts against God’s Love while here on Earth. Especially myself. I hope I’ve learned my lesson and that I don’t let myself repeat the error I made seven years ago. 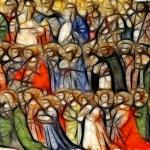 April 23, 2022
The Communion and Intercession of the Saints
Next Post 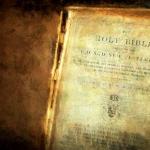 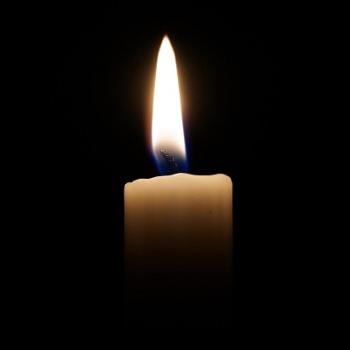 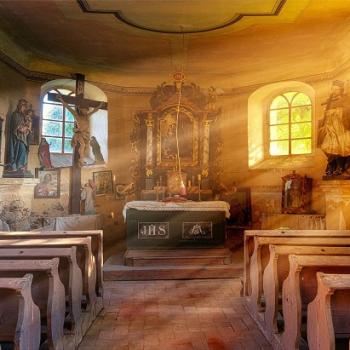 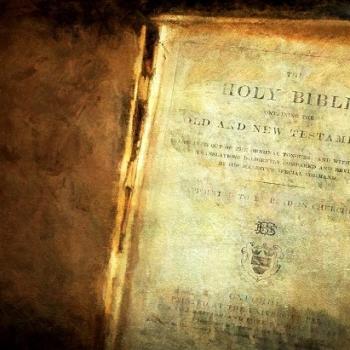 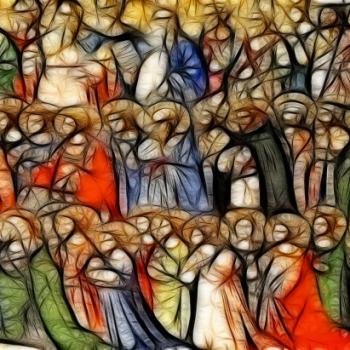