Understanding Visions and Dreams from God

When I wrote my last article on the importance of female preachers, I learned about the flack Beth Moore keeps receiving. I read this article decrying her beliefs, including her attesting to receiving visions from God. What baffles me about this contempt against her is, Beth Moore seems to be experiencing what the Catholic saints of old went through. They, too, received beautiful visions and dreams from God.

“‘And in the last days it shall be, God declares, that I will pour out my Spirit on all flesh, and your sons and your daughters shall prophesy, and your young men shall see visions, and your old men shall dream dreams;” (Acts 2:17)

One of my favorite Saints, Saint Faustina Kowalska, was known for her visions. These included visions of the afterlife:

I did a light bit of research on how the Catholic Church qualifies visions. They break visions into two categories: public and private revelations.

Public revelations are no longer a thing because Jesus is the culmination of God’s previous revelations through the prophets. Private revelations, like the ones Saint Faustina experienced, do still happen.

Discernment is key when analyzing our own visions and private spiritual experiences. I’m grateful that I found this YouTube video by Marcus Rogers, a brother in Christ with excellent instruction on this matter:

As Marcus says, we need to ensure that we’re not falling for tricks performed by the enemy. We need to always “test the spirits” (1 John 4).

The Legacy of William Branham

One unfortunate example of taking one’s private experiences too far is the late faith healer, William Branham. He attested to receiving several powerful encounters as a child, and I believe that he genuinely started his ministry with good intentions. After researching him, I think the fame he received distorted his original purpose.

I found his Wikipedia article and I read that he helped launch Jim Jones‘ ministry. Both Branham and Jones were inspired by the “Healing Revival” Charismatic movement of the ’50s.

There’s nothing wrong with loving and appreciating miracles. But this adoration can become dangerous if believers become obsessed with seeing them happen.

We need to always remember that you can’t force a God-given dream, vision, or miracle to happen. God gives these gifts to us according to His perfect will.

I’ve had a few experiences myself, and they’ve helped me get through some particularly rough patches.

Mary and Her Sword

Last year, I had a couple of visions that continue to stay with me. They came to me out of nowhere during a low season in my life, lifting me up and reminding me that I’m never alone.

I’ve struggled with disturbing dreams and nightmares involving spiritual warfare for much of my life. Ever since I went to college, and especially after I sincerely took Jesus into my heart, I’ve had some pretty freaky encounters.

2021 was the year I finally came to terms with how bad my depression has been. In fact, it was April 9 last year (which will be this Saturday) that the realization hit me like a sack of bricks. Not a pleasant day, to say the least!

Back in May, while I was starting to cope better (with the help of Wellbutrin), there were days when I still felt like I was dragging along. I have reason to believe that the enemy wanted to prey on my vulnerability and drag me down.

I woke up terrified one night after seeing my bedroom door cracked open. This has always been a recurring theme in my nightmares and waking encounters. To me, it symbolized these evil things wanting to violate my privacy while I’m vulnerable.

After seeing my bedroom door open, an indicator that something was trying to oppress me, I panicked. Out of nowhere, I had a vision of the Blessed Virgin Mary, robed in blue, holding a sword in her hand. She looked like she was going to war with the look of motherly fury on her face.

I can honestly say that after I had this vision of Mary, I haven’t had any more of those awful encounters. It makes perfect sense to me. What demon would be brazen enough to try to harm somebody protected by the Mother of God?

Not long after this beautiful experience, I had a brief vision of her image as the Virgin of Guadalupe. It was a surprise, to put it mildly, seeing this particular incarnation of her. The next day, at the thrift store where worked last year, we had this beautiful t-shirt come in through our donations:

A few weeks after this, I spent a morning before work meditating on her recent appearances in my life. When I mused about the reality of her shielding me from whatever the Devil might’ve been throwing at me, I heard (felt?) this thought enter my mind:

I immediately teared up. I truly believe that I heard Mary make a protective remark for my sake. All of this makes me feel so loved and comforted, especially when I’m merely a Methodist.

Back in October, my job started to suck the life out of many of us. For some reason, right after we received a company-wide raise, we also received steeper workload expectations. Without our higher-ups saying it out loud, the message seemed to be that we owed the company sudden new higher production standards in exchange for our raise.

My depression had been flaring up for a while, and I determined that taking a couple of days off would help me reset. I wasn’t doing ok, and as an employee with three years under my belt, I figured that asking for just two days off wouldn’t be an issue.

I honestly told her they were mental health days, and my boss grimaced at me. She told me, “I’ll see what I can do.”

Her boss was a fellow Christian who I’d interacted with a lot last year. During one of our private talks, I confided in her about my depression. When I did, she told me she believed that depression and anxiety are the results of the Devil’s influence.

After talking with my boss, I snuck away to our employee restroom for some privacy. All of the exhaustion and weariness I’d been carrying shot to the surface. I broke down crying, in anguish over the possibility that a Christian I was supposed to trust wouldn’t take my depression seriously.

A few seconds after I started crying, I saw a vision of a young blonde angel hugging me close as I wept. His eyes were shut, he had a forlorn look on his face, and it looked like he was close to crying with me.

Something about the vision told me that I’d been embraced by St. Gabriel the Archangel. Maybe it was some sort of intuition? Either way, it was supremely touching that I’d received this immediate comfort in my low moment.

The next day, my work concern turned out to be justified. My boss’s boss came in to help her set up a new store sign. I was on my register, and watched her cheerfully work with my store manager.

I got the chance to greet her when she walked past my register once the task was done. She curtly greeted me without looking up from her phone. Instead of asking me about my request off, she openly talked to my boss about it as they walked into the office.

This was one of the things that led to me finally quitting back in December. My boss’s boss pulled me into the office to ask me why I’d chosen to leave. She tried to offer me a vacation to get me to stay, though I politely turned it down.

It was disheartening that it took me quitting for her to take my well-being seriously. I forgave her, I wish her the best, and I’m grateful that I spent this Lent letting go of my residual resentment.

While it wasn’t God’s will for anybody’s burnout to get dismissed, it isn’t His will for me to despise her.

What I remember most about this time now is the follow-up dream I had with St. Gabriel a month afterward. In this dream, I had to jump out of a plane high up in the sky. After saying a quick prayer to quell my anxiety, I jumped, and St. Gabriel caught me in his arms. The dream ended with a beautiful snapshot of him holding me in his arms, filling me with a special sort of big-brotherly love.

We must remember that receiving visions or dreams from God should never be seen as a sign of how “adequate” our relationship with Him is. If you’ve never had one of these experiences, there’s nothing wrong with you. God communicates in many ways, like the Five Love Languages.

For me, my experiences have always been centered around God reminding me that I’m not alone. He’s made it clear that, like all of us, I’m one of His beloved children and deeply cared for.

I wish that the stigma around these private revelations would disappear. While I agree with other Christians that we need to practice discernment, there’s no point in completely vilifying the supernatural. Just as Jesus manifested this way to St. Faustina, some of us will come to have similar experiences. 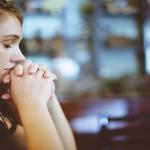 April 6, 2022
The "Moore" the Merrier: Vouching for Female Preachers
Next Post 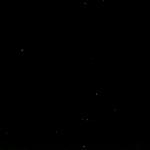 April 10, 2022 A Year Later (Personal Wellness Post)
Recent Comments
0 | Leave a Comment
"Welcome my friend! It's been such an ongoing relief for me as a gay Christian, ..."
Connor Brennan A Gay Revelation From the 2nd ..."
"I love this so much! This is so on point. I actually came across this ..."
Vania A Gay Revelation From the 2nd ..."
"Isn't that odd?? I'm reading the article, gawking at how Romans almost equally valued women ..."
Connor Brennan Crises of Faith: Addressing Extremities in ..."
"xD I appreciate your understanding!!"
Connor Brennan What Is the Definition of Progressive ..."
Browse Our Archives
Related posts from Quis ut Deus? 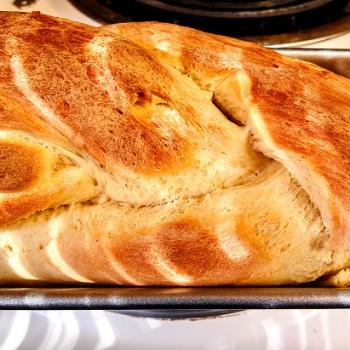 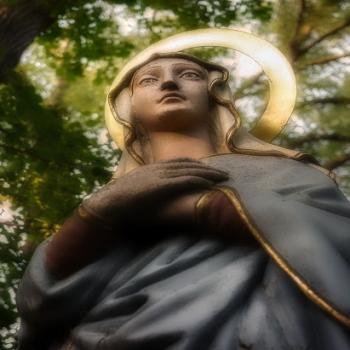 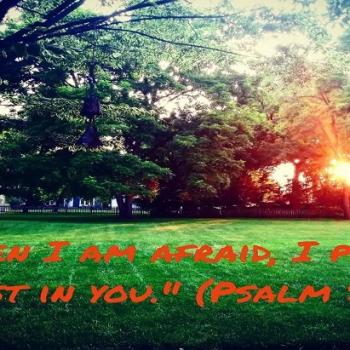 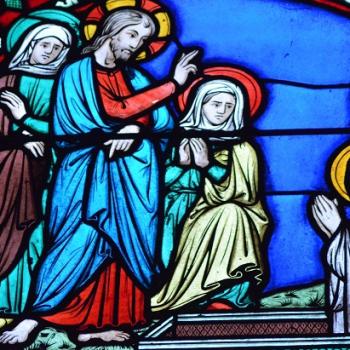