Within traditional Islamic thought, it is believed that the Lailatul Qadr (The night of Power) was the night in which Prophet Mohammad first received divine revelation. Therefore, it is considered to be a “holy” night during which God forgives everyone, accepts all prayers, and is the night in which the destiny of people for the coming year is decided.

Revealingly, this interpretation has almost no basis in the Quran. The Quran only talks about Lailatul Qadr in Ch 97, calling it a night of peace, which is better than a thousand months. However, even if we take the traditional interpretation at its face value, we come across the following problems:

1) If God really accepts all prayers in this night, then why don’t our prayers get answered? For years, Muslims have been praying for Palestine! Why, then, does the situation only deteriorate?

2) Human beings are provided with freewill, and that’s the whole purpose of revelation! There is no point of a test if the outcome has already been decided by God. This is unjust, while God is just.

3) The Quran says that it is a night of peace. What sort of peace? External peace or spiritual peace? If it’s external, then is there such a night in which there is no disharmony whatsoever, with no bloodshed, and every human being fully clothed and well fed? There isn’t.

If it is referring to internal peace, then is there such a night in which every human being feels profound peace within themselves? Again, no such evidence proves this. In fact, that is exactly why the Ulema are unsure of its precise date.

Because of these inconsistencies, I don’t subscribe to this interpretation.

In my opinion, Lailatul Qadr is not a specific night in Ramadan. Rather, it signifies the general phenomenon of attaining revelation. Thus, the Night of Power occurs when you have that eureka moment; when you understand something from the Quran.

The reason why it’s called the “Night” of Power is because night is considered to be an idle time in Quranic parlance; a time of seclusion (73:6-7). Thus it is advised that the reader ponders over the Quran at night (73:4), and God, in turn, would bestow upon him a profound message (73:5). Attaining this profound message is what the night of Power signifies, and is thus better than a thousand months of ignorance (97:3)! Receiving this profound message then brings us Islam, or peace, which is the ultimate purpose of revelation (97:5). 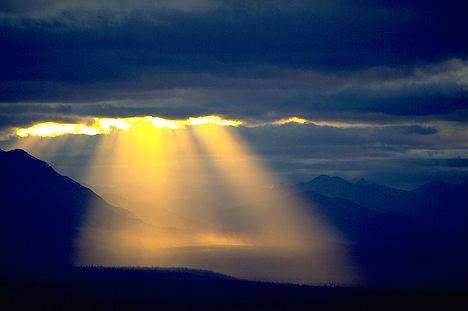 If you enjoyed this article, here are three things you can do:

1) Share this on your social media to spread awareness.

3) Subscribe to our blog (top right – PC, bottom – cell phone/tablet) to receive an email whenever we publish a new blog post (We publish weekly)

July 22, 2014
What If Some Religious Figures Came Out With Islamic Handphones?
Next Post