It demands no introduction that many people, including Muslims, believe that Islam permits child marriage. As a result, Islam is often dismissed as a highly misogynistic religion by some non-Muslims, who believe it should have no place in our post-enlightenment era. “A medieval religion with medieval laws”, they say.

To be honest, growing up as a Muslim, I never really understood how Islam could permit child marriage. It wasn’t that I was particularly religious back then; in fact quite to the contrary, as is the norm. But, for some reason, this question kept me intrigued for many years. I never asked, because it felt somewhat taboo a subject, especially in the urban environment I was raised in.

Among other things, perhaps this was one of the sparks that lead me to pick up the Quran when I was about 18. And, to my surprise (read: delight), instead of condoning child marriages, the Quran actually seemed to condemn it! However, this, again, was a puzzling scenario. How could other Muslims not see what I was seeing? Now, that question still fascinates me to this day.

A detailed historical analysis of whether Mohammad (may peace be upon him) married Ayesha (may peace be upon her) when she was 9 is beyond the scope of this essay. Some Muslims maintain that she seems to have been at least 19 years old at the time of marriage, for which the historical evidence seems very convincing (you can find some information here, here & here). Rather, this essay will purely focus on the question of whether Quran, which is supposed to be the primary source of Islamic law, permits child marriages or not.

1] In discussing marriage, the Quran equates marriageable age with the ability to make mature and sound judgments:

After all, during these years, the child shapes his or her whole personality by exploring different opportunities and adopting various paradigms. To enter into such an immense, life-changing responsibility such as marriage greatly affects the child psychologically since he or she is deprived of the chance to discover who he or she is.

What is also worth noting is that in the passage above, the mention of witnesses in their presence clearly implies a discharge of responsibility and contractual in nature. There is no indication that any of these could be accomplished with a child.

The Quran acknowledges that a healthy relationship is based, among other things, on a similarity of belief systems. If Muslims accept this principle, how can those who defend child marriage expect children to understand Islamic theology when they are developmentally incapable of doing so?

Children tend to unquestioningly adhere to the beliefs of their parents, but blind faith is severely discouraged in the Qur‘an on many occasions (2:170, 5:104, 7:70). Therefore, parents must give their children space to explore religion & spirituality and formulate their own views before they even consider marriage.

3] The Qur‘an regards marriage as a solemn oath:

“And how could you take it away (marital gift) after you have given yourselves to one another, and she has received a most solemn pledge from you?” (Quran, 4:21)

Marriage is no child’s play. It demands great responsibility from both individuals, something children are not ready for.  Therefore, the Quran does not compromise on this issue, terming marriage a “most solemn pledge.” It requires no stretch of imagination to conclude that a child cannot truly commit to such a solemn contract with someone else before forming their very own personality!

“O You who have chosen to be graced with belief! It is not lawful for you to force women into marrying or holding on to them in marriage against their will.” (Quran, 4:19)

Furthermore, child marriage is de facto child rape since children have not developed adequate sexual maturity to comprehend the implications of sex. A heartbreaking reality is that traditional cultural teachings more often encourage the marriage of an older man to a younger girl, an arrangement that reinforces a man’s sexual imposition on a girl with his psychological and physiological superiority. Unable to challenge the man physically or intellectually, the girl is subject to the emotionally—and often, physically—scarring reality of child marriage with few, if any, avenues for liberation.

The Quran clarifies that child marriage is something that God never authorized. The practice of child marriage is detrimental to the overall well-being of children, and is, in reality, a form of slavery. Not only is it a violation of human rights and keeps girls from receiving an education, but is also a significant factor in long-term health complications.

Underage brides are very vulnerable and they can suffer irreparable damage, if not death, after bearing children when their bodies are not fully prepared for pregnancy. Logic identifies child marriage as an oppressive practice that has been justified through the misunderstanding and manipulation of Islam by pseudo-scholars to incorporate cruel cultural practices, most often to the expense of women.

However, when we examine what the Quran actually says about marriage, a very different picture emerges.

Want To Be Kept Updated On Our Latest Articles? Subscribe to our Blog, and Join us Today on our Facebook Page! 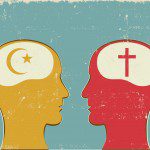 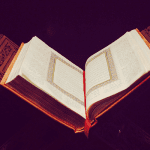 April 3, 2015 Non-Believers and the Qur’an: An Atheist Examines a Stupid Meme | Kile Jones
Recent Comments
8 Comments | Leave a Comment
"whats the very next verse after the compulsion one?.....exactlyyou know damn well abrogation exists in ..."
john smith Yes, You Are Taking Those Verses ..."
"In most/all illiberal Muslim-majority countries, it is."
Westsider ISIS Has Something to do With ..."
"Does the Qur'an tell us to flay him, stone him, quarter him, boil him, or ..."
Westsider ISIS Has Something to do With ..."
"Ma sha Allah, thanks for summarizing the Surah. This is very helpful. I ll comeback ..."
Dontseek Reply A Short Summary & Chapter Notes ..."
Browse Our Archives
Related posts from Quranalyze It