What this project is: This Ramadan, rekindle your spirituality and relationship with God by reading the Quran in a language you understand! To facilitate those who find reading the Quran for the first time daunting, we, at Quranalyze It, will be posting short chapter summaries to get you acquainted with the basic theme and content of a particular chapter.

It is important to note, however, that these summaries are no substitute to reading the Quran, and should be used as a bridge towards the Quran, or as an additional tool.

The chapter theme seems like an amalgamation of the themes expressed in Ch2-4. However, this time, with a focus on the messenger and his relationship with the believers and disbelievers. All in all, Ch 2-5 details the core of Islam, with pretty much identical themes and content within them. The call “Oh you believed” appears 43 times between Ch2-5, showing the practical overtones of these chapters.

Beginning with an appeal to believers to fulfill all obligations as sacred, it puts forward ordinances about food, cleanliness, impartial justice, and pluralism. Murdering an innocent soul, stealing, false oaths, intoxication, gambling, superstitions of all kinds, hunting within the forbidden months, and inventing lies about God are condemned.

Here are some excellent thoughts on Chapter 5 from the book Introduction to the Quran: An Existential Reading by Farouk Peru:

1. Ch 5 is the only chapter which mentions the perfection of the islamic system (deeni kamil) in 5/3. During this perfection of system, many negative things are sanctioned from us and those who seek to oppress will give up in doing so.

3. Ch 5 ends with the story of *isa* and the ‘table’ (the word ‘maidah’ refers to a state in which capacities are peaked). This symbolizes the system of Allah which is perfected in 5/3. In this perfection, the needs for self-actualization of all human beings are met and he is on course for the right judgment from Allah.

If you like the idea behind this project, and would like to read the summaries of the subsequent chapters in the coming days, then don’t forget to subscribe to our blog, so you could receive emails whenever we publish a new post! 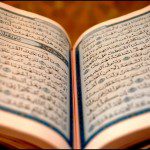 Blessings from Above: Dua'a and Quranic...
Grow Mama Grow
Related posts from Quranalyze It