Parents: It’s Time to Wake Up About Pornography, Sexting and Your Kids 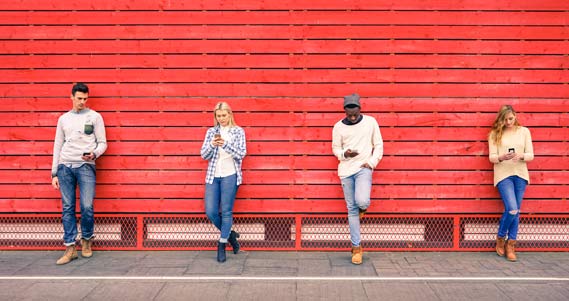 While speaking about sexual purity at my church several years ago, I told parents that if they’re going to let their children have unrestricted Internet access in the privacy of their own rooms, through computers, tablets, phones, or any other device they might as well buy thousands of pornographic magazines and stack them in their children’s closets and say, “Don’t ever look at those.” It amounts to the same thing.

After my message, a sincere Christian mother came up to me. She was offended by my warning to parents not to allow their children to have unmonitored Internet access.

“I can’t believe you said that,” she began. “My son has Internet access in his room, and I trust him! He’s a good boy.”

I told her, “I was once a seventh grade boy. I’ll tell you right now, you think you’re honoring your son by trusting him, but you are setting him up for a fall. You could hand him a gun, and his life might turn out better than if you just hand him over to the Internet.”

If this strikes you as an overstatement, you simply do not understand the devastating effects of pornography. The great majority of children, especially boys but also girls, who are allowed access to pornography will view it, either inadvertently or purposefully, and many of those will become addicted to it, ruining their lives and in many cases ruining their future marriages.

That pornography is “harmless” is a lie from the pit of Hell. Scripture says that Satan goes around like a roaring lion, seeking whom he may devour, and sadly, we are losing our daughters and our sons.

The New York Times tweeted this tag line to a recent article: “The longer you wait to give your children a smartphone, the better.” Brian X. Chen writes about how increasingly younger kids are being impacted by pornography and sexting:

Ms. Weinberger, who wrote the smartphone and Internet safety book “The Boogeyman Exists: And He’s in Your Child’s Back Pocket,” said she had surveyed 70,000 children in the last 18 months and found that, on average, sexting began in the fifth grade, pornography consumption began when children turned 8, and pornography addiction began around age 11.

In an article for The Atlantic, Hanna Rosin cites research about the wide-spread practice of sexting:

A recent study of seven public high schools in East Texas, for example, found that 28 percent of sophomores and juniors had sent a naked picture of themselves by text or e-mail, and 31 percent had asked someone to send one. …boys and girls were equally likely to have sent a sext, but girls were much more likely to have been asked to—68 percent had been.

…This year, researchers in Los Angeles published a study of middle-schoolers showing that those who sent sexts were 3.2 times more likely to be sexually active than those who didn’t.

A police officer friend told me that hardly a week goes by when he doesn’t get a call from a distraught parent who has discovered nude pictures of their daughter are being sent all over the school or across the country because she posed for a friend, or took the picture herself. Those images can never be fully recalled, nor the shame erased from memory.

Officer John Rasmussen, a school resource officer in my area, explained he often shares with families how the devastating effects of sexting and pornography knows no bounds.  “I’ve frequently found the youth involved come from believing families who have raised ‘good kids.’”

Christian parents would never have believed it if you had told them 25 years ago that one day most kids would be carrying around a little device that would allow them access to pornography and on which they could receive naked images sent by their classmates while the young person is doing homework, in bed, or sitting in church.

Hanna Rosin explains how Major Donald Lowe and his fellow officers at the Louisa County Sheriff’s Office have talked to kids about the consequences of sexting:

Lowe’s team explained to both the kids pictured on Instagram and the ones with photos on their phones the serious legal consequences of their actions. Possessing or sending a nude photo of a minor—even if it’s a photo of yourself—can be prosecuted as a felony under state child-porn laws. He explained that 10 years down the road they might be looking for a job or trying to join the military, or sitting with their families at church, and the pictures could wash back up; someone who had the pictures might even try to blackmail them.

“Locally we see a blackmail tactic used time and again.  It usually starts with ‘send me just one pic’,” says Officer Rasmussen. “And that first picture may not be considered too provocative by most, but the kid is manipulated with shame and fear that someone will find out. Coercive requests follow, like, ‘Send me more or I’ll send this one out to your friends and family.’ This can very quickly progress to, ‘Now meet me for “_______” (sex act) or I’ll share all the photos.’”

I’m a grandparent to five boys, the oldest of them 12. Like many of you, I find this information, and the related statistics, chilling. (And remember, it’s not just boys who are looking at pornography; young girls are too. Nor are girls the only ones participating in sending inappropriate pictures.) The reality is, if you have children in grade school and older, even if they themselves aren’t exposed to or involved in these practices, some of their classmates certainly are, and as the years go on, more will be.

So what can concerned parents do?

1. Realize your responsibility to protect your children. If your child has a smartphone or has access to a phone, a tablet, online gaming console, or a computer, they are vulnerable. As a parent you might wonder, “Do I have the right to interfere? Isn’t that being nosey?” Your job is to interfere, and to know what is going on in your children’s lives, as well as what happens when they’re at friends’ houses and at school. You need to protect them, just as if you were standing next to a freeway and would feel an obligation to put your arms around them and say, “Stay off that freeway.”

You and your spouse need to decide what age is appropriate for your children to have their own phone, as well as the capabilities their phone has when do they do get one. (Some parents concerned about being able to safely reach their children have provided a phone that can only make calls and text certain numbers.)

2. Start the conversations about the dangers of pornography now. Given the ever-younger ages of kids affected, there’s a great advantage in talking to your kids early—probably much earlier than you might think. Several parents I respect have used and recommended the book Good Pictures, Bad Pictures by Kristen A. Jenson to talk with their children about the dangers of pornography in an age-appropriate format. (The book also provides positive, practical steps for kids when they are inadvertently exposed to inappropriate images.) Older teens could benefit from the many purity-related resources available from ministries.  (For instance, see my article Guidelines for Sexual Purity and Dannah Gresh’s Seven Secrets to Purity for Every Teen Girl.)

3. Establish clear guidelines in your family. Install a pornography-filtering and accountability-reporting program on computers, tablets, and smartphones (realizing it can’t screen out everything). See this article for various options. Establish, and enforce, rules in your home about keeping electronic devices, including phones, out of private rooms. (Some families have a “drop basket” or a “station” where everyone, including parents, deposits their phones when they come through the door.) Require that computers and televisions stay in high-traffic areas.

4. Talk to your children about the great rewards and happiness of purity, and the destruction and unhappiness of impurity. Talk about how good sex can be inside marriage. Explain how sex is one of the best things God has made, but it becomes the very worst—the most devastating—when it is taken out of its God-given context. Scripture, especially in Proverbs 5-7, provides a great basis to talk to kids about the dangers of impurity and lust. (Some parents have gone through my book The Purity Principle with their teens.)

This is a battle for our children, with their lives and futures at stake. May Christian parents answer the Lord’s call to protect their children, and train them in the joys of purity. 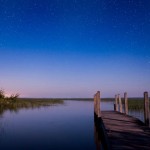 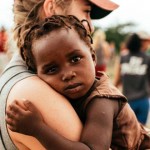 December 12, 2016 J. I. Packer on Having the “Christmas Spirit”, and the “Christian Snob”
Recent Comments
0 | Leave a Comment
"Cute dogs! One of greatest things humans created."
David Brevik Enjoying Maggie Grace, Then and Now
"I don't know.Your idea of heaven sounds pretty lame to me.Personally,I would rather keep growing ..."
oneworlddude Why Don’t We Often Focus on ..."
"My compliments to Lesslie Newbigin. Thank you for being RIGHT ON in your commentary thesis ..."
walter lamphere Sharing the Good News about Jesus ..."
"Thank God for Ravi. When he leaves this earth we will have many recordings and ..."
Kostya2 Ravi Zacharias and Hugh Ross Answer ..."
Browse Our Archives
Follow Us!

USA as a "Failed Social Experiment"?
Cranach
Books by This Author Books by Randy Alcorn 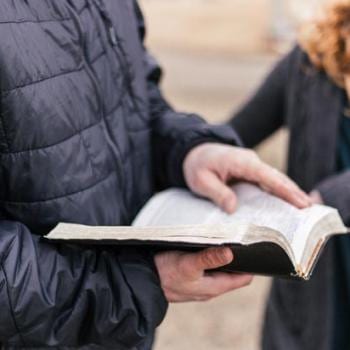 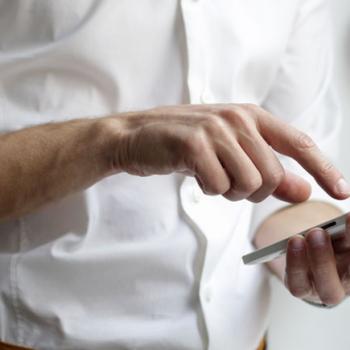 Evangelical
Freedom from the Tyranny of the Phone
Eternal Perspectives, with Randy Alcorn 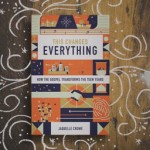 Evangelical
This Changes Everything: A Challenging and Refreshing Book...
Eternal Perspectives, with Randy Alcorn 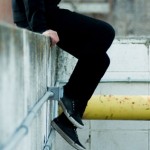