“Put me in, coach,” is a statement almost rarely uttered by track and field athletes.  Of course, we’ll put you in, if you’ve met the qualifying time.  There is little opportunity to play favorites when decisions are based on how fast the stop watch indicated a sprinter ran.  There’s an objective measure when jumpers or throwers get a tape measure used to judge their efforts.   Successful athletes may hold onto to the top spot with jealousy, while others look on with envy.  There is little wiggle room for subjective judgments since tapes and watches speak a convincing truth. 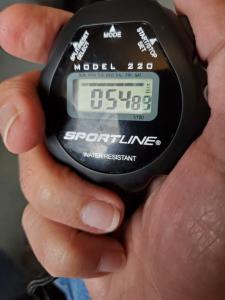 “Feigning Madness” and Other Poser Poses

Rarely do I look at the subtitles in the Psalms.  Sometimes there is mention of a choir master, or description of the setting.  But since I studied the subtitle of Psalm 34, I have begun wondering about the backstory.

Of David, when he feigned madness before Abimelech, so that he drove him out, and he went away. I will bless the Lord at all times…. (Psalm 34)

Each year we get a few student-athletes who have transferred from other high schools.  If they are from within our school district, or our region, they may have heard about our school. They may carry suspicions about our high school since it has a reputation as the “ghetto school” and is “blue collar”.  There’s an unarticulated competition as these new students think they may have to be tougher, smarter, better.  Being the outsider, especially when you’re a teenager, is hard.  Throughout the school halls, gym, and the track a lot of posing goes on.  Some “feigning madness”, some looking tough, some try on personas like clothes, trying to find the one that fits.  Often behind the persona, though, there is a person hiding the vulnerability and fear of being new.

When David fled Saul, (I Samuel 21:10-15) he entered the Philistines land.  The same Philistines who had a warrior named Goliath.  The same Goliath David dispatched with a simple sling.  It is here David flees for refuge.  But fearing the wrath of King Achish, David acts in such way that the that king’s servants call him “mad” (vs 14).  Pretending to be something that he was not, David hid his vulnerability, disguising his fear as madness. Reacting to David’s presence, King Achish,  left David to pass through to the cave of Adullam (1 Samuel 22:1-3).  At the cave, David gathered even more who felt vulnerable and feared King Saul.

Hooray for David? Not quite. In the Psalm attributed to this moment in David’s life, there is something that goaded at him, “keep your lips from evil and your tongue from speaking deceit” (Ps. 34:13).  David was deceitful with King Achish.  David relied on his own rouse to pass through Philistia. Even after feigning madness worked, David recognized that God alone would be his rescuer (vs. 17).  Success may not only be about results, but how we trust God to achieved them.

Does Everyone Posture and Pose?

I have never really liked David. King David was an impetuous, lying, scheming…the list could go on. When I hear people speak highly of David, I don’t get it. When people use the cliche, “a man after God’s own heart,” I don’t hear a statement of devotion.  Being after means being behind, never quite catching up, not on the same page. In David’s dealings with King Achish, King Saul, and his entourage once he ascends the throne was a life of posturing and posing.  Of “feigning madness”, of pretending to be something he wasn’t just to hide what was true and to hide his vulnerability.  However, if I am honest, which I am at times, I do the same thing.  I may switch-out personas, replace masks, try on new approaches, in part to hide my weaknesses.  I still don’t like David, I think he would be a deplorable neighbor.

Envy and Jealousy, the Haves and the Have-nots

Miroslav Volf in, Exclusion and Embrace, addresses envy and enmity stating, “the tendency of conflicts that are born under the conditions of inequality to breed jealously in the privileged and envy in the disprivileged” pg 115).  Quoting Zygmunt Bauman:

the most seminal impact of envy consists…in transforming ‘the ideas of the dominant’ in the ‘dominant ideas.’  Once the link between the privileged position and certain values has been socially constructed, the disprivileged are prompted to seek redress for their humiliation through demanding such values for themselves – and thereby further enhancing those values’ seductive power (Volf, pg 115).

Those who have acceptance, popularity, ease, power, or wealth hold onto to jealously, as if it is theirs and no one else should share it. Those who are outsiders, impoverished, and powerless envy those possessions as well as those who possess them.  Volf goes on to add,

The social impact of envy and enmity, singly and in combination, is to reinforce the dominant values and practices that cause and perpetuate oppression in the first place. Enmity and envy keep the disprivileged and weak chained to the dominant order – even when they succeed in toppling it. All too often, of course, they do not want to topple the dominant order; as Bauman says; ‘they demand a reshuffling of the cards, not a another game. They do not blame the game, only the stronger hand of the adversary’ (Volf, pg 116).

Back to Tapes and Watches

The measuring tape and the stop-watch are neither patronizing nor demeaning to an athlete. There’s not an attitude in the measurement. It’s just the numbers reflecting what took place. In some ways, that’s even kindness.  When I think of all the effort we make into being seen as one thing or another, rather than being seen as we are, the tape and watch speak a truth that lays down a challenge. But the challenge is to work toward a personal record (as we call it, a PR).  The tape and the watch can free us from trying to measure up with envy and enmity, as if our opponent was some one else.  It is as if, with the presence of the tape and watch, we, in Bauman’s terms, get another game, not just a reshuffling of the deck.

Off the track, what are our “tapes and watches”? What are those measures, standards, balances which guide us from the poles of envy and jealousy? For me, I keep returning to who I am in God’s sight. Most days, and most moments in my days, are not filled with a constant awareness of my belovedness in God’s eyes. There are too many standards elsewhere telling me different. From advertisers, to simply other people for whom my appreciation devilishly morphs into envy.  Amid the confusing array of bible verses emerge gems I hold to to remember what I am measured as being.  I am a friend of God. I am a child of God. 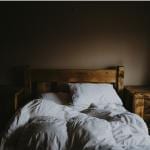 September 12, 2019
Don't Assume Things Will Get Better
Next Post 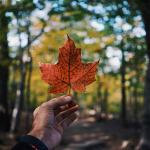 September 23, 2019 Time to Move to Canada, Yet?
Browse Our Archives
get the latest from
RDC: Reverend - Doctor - Coach
Sign up for our newsletter
POPULAR AT PATHEOS Progressive Christian
1 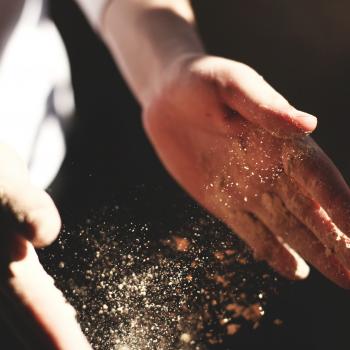 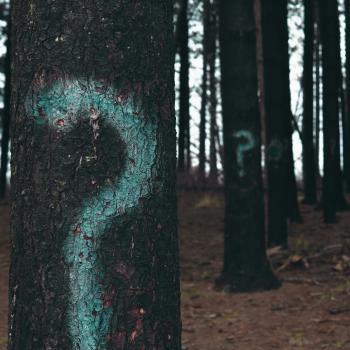 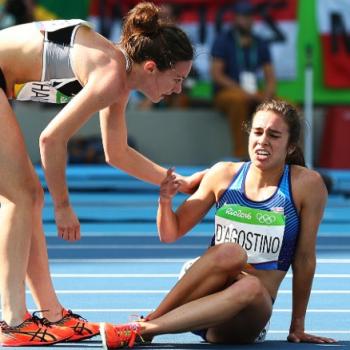 Finding the Courage to Emerge (a conversation with...
In this episode of the podcast, I speak with author Anita Grace...
view all Progressive Christian blogs
Copyright 2008-2020, Patheos. All rights reserved.