Harry Connick, Jr. : My Faith is ‘Backdrop for Everything’

Harry Connick, Jr. : My Faith is ‘Backdrop for Everything’ February 6, 2017 DeWayne Hamby

Harry Connick, Jr. is a renaissance man—a singer, musician, actor, reality television judge, and philanthropist. Since September, however, the New Orleans native has been blending all of that together in a “gumbeaux”-type experience for millions of viewers of his daytime talk show, Harry.

Connick first gained notoriety for his jazz-flavored music before landing acting roles in films such as Memphis Belle, Independence Day, Hope Floats, and more recently, New in Town. In 2010, he began mentoring on American Idol, eventually serving as a judge for the final three seasons. Harry is a new experience for the entertainer but one that he’s entirely comfortable in.

During a recent conversation with Reel Faith’s DeWayne Hamby, Connick explained the fun he’s having as a television host, what still makes him nervous, and how his faith and upbringing guide his life decisions. To hear the conversation, click the podcast embedded at the end of the article.

I’ve been watching your show and it’s pretty exciting. How much fun is it doing that?

It’s so much fun, DeWayne. What I love as an entertainer is spontaneity. I love the idea of not knowing what’s around the corner. I get to do that every day, not only with my band, but with celebrities, with everyday folks, it’s just so much fun because you never know what’s going to happen. That’s kind of where I live.

And you seem so comfortable in front of the camera and some people would be like a deer in headlights.

They’re in the wrong business, because I tell you what, those are some bright headlights, man. It’s funny, you know sometimes we have professional athletes on the show and I’m not a nervous guy, like I don’t get nervous in front of the camera. I always get nervous when I meet athletes, because that’s not what I do. If I had to shoot a three-pointer in front of some NBA player or wrestle with some MMA fighter, that’s just not what I do. Being in front of the camera is just such a natural place for me to be. I just feel very, very comfortable there.

That’s interesting to know, because you do so many things. As an actor, musician and now a talk show host, it feels like there are so many places of comfort for you, so to hear there’s still a place out there is interesting. This has to be more fun than making movies, right? Because movies is a lot of waiting around.

Movies is a lot of waiting around. In terms of fun, there’s no comparison. Now I love making movies, but it’s a completely different headspace. It’s almost like going on a vacation to the beach where you just sit around on the sand and get some sun, really laid back, or going on a snowboarding vacation, where you’re constantly active. Movies are incredibly fulfilling and very intense, but the fun part of it is different because for me, it lacks the spontaneity and the variety. It’s still great, but like you say, it’s just not as fun.

Your show and what we know of you as an entertainer, you do things that the whole family can watch. You did American Idol, now the talk show. Your music is family-friendly. Is it important to you to have entertainment that everybody can enjoy together?

It’s funny because I’m not setting out to be that, but that’s one of the backbones of the show. And when you say family-friendly, I think it’s important for people to realize what that means. We’re not talking about Mister Rogers, although I love Mister Rogers. You can be edgy and current and contemporary on a family-friendly show. This is a complex world we live in and there’s a ton of stuff you can do on television that you can watch with your kid. I think humor can be smart. I think what gets you into trouble is when you’re lazy and you’re irresponsible, two of which I don’t think I am. I think I’m very aware of what the show is and you can celebrate your family and your faith and community without preaching about it and making it everyday conversational and getting the same points across without even making it the forefront of what you’re trying to do. I think it’s great. I have three children and when they were young, you turn on the TV, I don’t want to hover thumb over the mute button the whole time. I just don’t like that. I like to be able to turn on the TV, you could watch TV back when I was a kid, you didn’t have that problem. There were shows on TV and the conversation…go back and look at the Mike Douglas show. That was a real talk show, my show is not like that. But this guy is talking to Muhammad Ali and he’s talking to Sly Stone. Some of these conversations got heavy but there was never anything you thought would be inappropriate and I think it’s very possible to do that.

I saw one clip of the show where you spotlighted a girl raising money for the homeless. How important is it to include causes in the show?

When I pitched the show, the very first idea that I had was a segment called ‘Leading Ladies.’ I grew up with an amazing mother, grandmother, tons of great aunts and female cousins. My sister, now I’m married, I have three daughters. Women are a huge part of my life. My manager, I’ve been with her thirty years. Strong, assertive women have always been great inspiration to me. So the very first thing I wanted to do was talk about amazing women. A part of that is for selfish reasons. I get to learn stuff. When I see these women come on the show, you sit there and listen to them and I go home and tell Jill, ‘You won’t believe these women I met today.’ I think my show has the potential to be inspirational like that and what an honor that is. It’s really important to me to be able to have people like that. Because here’s the deal, DeWayne, people watch TV and there’s so many good people in our country. A lot of them don’t know what to do. They want to help people and they’re not sure what to do. Well you see these 18 year-olds from Detroit helping out their community, maybe that might inspire somebody else, ‘You know, I think I can help here. I think I can do something.’ To be able to give that platform, that’s a big deal to me.

Can you talk a little about how your faith has impacted your journey as an entertainer?

It’s a complex question because I am a Catholic, a practicing Catholic. I’m not a perfect Catholic. I have a lot to learn. I question things at times and struggle with things at times. I know my faith and my decisions in the entertainment business overlap. There’s no question about that. I can honestly say whenever I make a decision to do something or say something or whatever in my business, it’s not that my faith drives those decisions or vice versa. It’s not like my life as an entertainer makes me make decisions with regards to my faith. Here’s the thing – no matter what your political opinions are or what your faith is, we all share, most of us share the same common values which are we want to provide for our families, we want to do good, we want to help people. I think most of us in this country are like that. We live in an amazing nation. The values that I learned as a Catholic, when I go to church and I listen to the priest, that’s what he’s talking about. Are my decisions a direct result of me thinking ‘Wait, should I do this as a Catholic?’ No. But it is the backdrop for everything and my values that I learned from my parents, I’m sure are the reason I make the decisions that I make.

I feel like I just, I do things that I’m comfortable doing. You have a gut feeling when something doesn’t feel right. And I’m sure that gut is a combination of how I was raised by my parents and my faith. I’m sure that’s what is, saying, ‘Hey man, I don’t think you want to be doing that.’ It’s complex, but I’m glad to be able to spend time thinking about it.

I imagine the show is taking most of your time, but do you have other things in the wings?

I’m not working on a record but I definitely have things in the wings all over the map. The show is taking up a lot of my time and DeWayne, to be totally honest, I’m having the time of my life, man. It’s true. People say, ‘Are you sincerely having that much fun?’ You can’t fake that, you really can’t.

Listen to DeWayne talk to Harry on The DeWayne Hamby podcast below. Subscribe to be notified of future episodes. 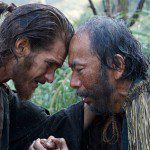 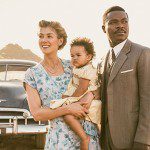 February 9, 2017 David Oyelowo talks ‘A United Kingdom,’ sacrificial love, and faith
Recent Comments
0 | Leave a Comment
Browse Our Archives
get the latest from
Reel Faith
Sign up for our newsletter
Related posts from Reel Faith