TRAILER: New preview of ‘All Saints’ releases, ahead of Aug. 25 release

AFFIRM films has released the newest preview for All Saints, arriving August 25. The film, starring John Corbett (My Big Fat Greek Wedding) is based on a true story of an intercultural community created at All Saints Church in Smyrna, Tennessee. The official film synopsis is:

ALL SAINTS is based on the inspiring true story of salesman-turned-pastor Michael Spurlock (John Corbett), the tiny church he was ordered to shut down, and a group of refugees from Southeast Asia. Together, they risked everything to plant seeds for a future that might just save them all.

After trading in his corporate sales career to become a pastor, Michael’s first assignment is All Saints, a quaint country church with a dozen members. It comes with a catch: he has to close the church doors for good and sell the prime piece of land on which it sits. While developers eagerly eye the property and the congregation mourns the inevitable, Michael and his family look forward to moving on to an established church where they can put down roots.

But when the church hesitantly begins welcoming Karen (kuh-REN) refugees from Burma—former farmers striving for a fresh start in America—Michael feels called to an improbable new mission. Toiling alongside the Karen people, the congregation attempts to turn their fertile land into a working farm to pay the church’s bills and feed its newest people.

Jeopardizing his family’s future by ignoring his superiors, Michael must choose between completing what he was assigned to do—close the church and sell the property—or listening to a still, small voice challenging the people of All Saints to risk it all and provide much-needed hope to their new community. 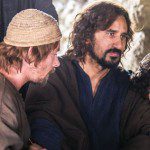 June 4, 2017
Cliff Curtis of 'Fear the Walking Dead' Was 'Blessed' to Portray Christ
Next Post 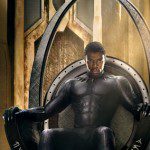 June 9, 2017 TRAILER and POSTER for Marvel's 'Black Panther' Releases
Recent Comments
0 | Leave a Comment
"Welp, I won't leave a spolier... but the final minute of last night's episode was ..."
𝓒𝓪𝓻𝓻𝓲𝓮✓ᵛᵉʳᶦᶠᶦᵉᵈ🇺🇸 𝐏𝐬𝐚𝐥𝐦 𝟏𝟎𝟗:𝟖​ Good Vs. “Evil” and the Unexplained ..."
"With fewer than 18% of American citizens of all ages going to church in any ..."
rationalobservations? Will Audiences Embrace Kanye West, the ..."
""There are things that you cannot prove but they exist."The good news is that G-d ..."
klatu Rob Schneider and Wife on the ..."
"This movie is 100% anti-religion. There's no other way to see it."
Ben Miller Review: ‘Smallfoot’ Not Anti-Religion but Anti-Groupthink
Browse Our Archives
Follow Us!