The Spiritual Redemption of ‘Spider-Man: Homecoming’

In the newly-released Sony Pictures film Spider-Man: Homecoming, the wall-crawling superhero receives his third modern reboot, which is being warmly received by critics and audiences alike. The film, starring Tom Holland, Michael Keaton, and Robert Downey, Jr., debuted at the top of the box office with a weekend domestic gross of $117 million.

Venturing away from the angst-ridden The Amazing Spider-Man, and its sequel, featuring Andrew Garfield, Homecoming opted for more of a classic summer popcorn movie formula, featuring plenty of fun, laughs, and thrills. Even in middle of the nonstop action, however, the film features a few spiritual nuggets that will viewers will take home, either intentionally or unintentionally. While not a faith-based film, Spider-Man: Homecoming has influence in important biblical truths in a few key areas that Christian and non-Christian viewers will notice.

SPOILERS follow….turn back now if you haven’t seen the film.

The Steward of Small Things

One biblical nugget is the overarching theme of taking care of the smaller things before moving on to bigger and better things. This is a common theme in society and the business world, but also was mentioned by Jesus in Luke 16:10:

Throughout the film, the hero’s dream is to join the Avengers. His goal is noble and his ambition is admirable, but it has made him blind to the fact that he’s not ready. Tony Stark steers him toward minding his own neighborhood before saving the world, a lesson that circles around several times. Even though the viewer can’t help but root for the teenaged Spidey to succeed, it becomes more and more evident that there is wisdom in the waiting.

Hand-in-hand with his desire to join the legendary superhero team is the ultimate and unpredictable choice Spider-Man makes in opting not to join when presented with the golden opportunity (knowing the call sheet for Avengers: Infinity War, arriving in 2018, we know this decision may be short-lived). He asks Tony if it would be okay if he just stayed put as a “friendly neighborhood Spider-Man.”

For now, Peter Parker is happy and satisfied, having truly figured out his own purpose, learning “in whatever state I am to be content” (Philippians 4:11).

Spider-Man’s main foe in the film, Adrian “The Vulture” Toomes (Michael Keaton) is driven by a sense of being wronged. During the first scene of the film, he is an average blue-collar worker providing for his crew and family. As with many modern villain interpretations, the audience sees the progression of a normal person into what once would have been a one-dimensional “bad guy.”

In the grand scheme of things, however, Toomes is not that bad of a bad guy. The one person he kills may or may not have even been on purpose. So in the final battle, it speaks volumes that he doesn’t suffer the same fate as many previous super villains. During the film’s closing moments, Spider-Man saves the life of the man trying to kill him, It’s a contrast to the vengeance-seeking Batman in Batman Begins telling his former adversary “I don’t have to save you.”

“But I say to you who hear, love your enemies, do good to those who hate you, bless those who curse you, and pray for those who spitefully use you.

There is a transformation that occurs when someone chooses to offer love to his or her enemies. It’s as otherworldly a concept as the supernatural abilities the fictional heroes are known for. But it’s an accessible super power available to anyone who can put aside the right to hate and need for vengeance.

During the mid-credits scene, Toomes, now in prison, is given the opportunity to strike back at Spider-Man by “outing” his identity to a gang of criminals. Having obviously been affected by the hero’s self-sacrifice and accepting of his own state, he bypasses the chance to aid the wall-crawler’s new foes.

Ezekiel 36:26 speaks on a turnaround like this: “Moreover, I will give you a new heart and put a new spirit within you; and I will remove the heart of stone from your flesh and give you a heart of flesh.”

In interviews, the filmmakers confirm that redemption is the motivation in Toomes withholding this information, rather than saving Spider-Man’s identity for his own future plan of revenge.

In this film, unlike other recent films such as Man of Steel or Ant-Man, the hero isn’t driven by the need for redemption or forgiveness. He’s a kid learning the ropes. The audience roots for him and instead sees the redemptive journey through its focus on Toomes.

Films and television shows centered on superheroes are in high demand now and overarching themes frequently touch on vengeance, guilt, sorrow, and tragedy. By focusing on fun and a few well-placed spiritual truths, Spider-Man: Homecoming, is a refreshing change of pace that will be remembered as one of the better representations of the Marvel comics character.

What did you think? Feel free to express your opinion in the comments. 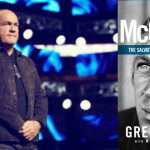 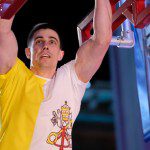 July 21, 2017 'Papal Ninja' Soars Again On 'American Ninja Warrior' Monday
Recent Comments
0 | Leave a Comment
Browse Our Archives
get the latest from
Reel Faith
Sign up for our newsletter
POPULAR AT PATHEOS Entertainment
1