REELigion | We're looking for religion in the movies. It's not hard to find.
Get newsletters and updates
Close
get the latest from
REELigion
Sign up for our newsletter

Get updates from REELigion delivered straight to your inbox

Dinner with Strangers: An Interview with Nathan Clarke

Nathan Clarke is one of the most impressive documentarians working on religious subjects today. I first discovered his work a couple years ago when I was researching African expressions of the prosperity gospel, a strain of Christianity that teaches believers to expect material riches and physical health as fruits of faith. In collaboration with Christianity Today, Clarke produced a very short film—all of 8 minutes and 46 seconds, embedded for your brief viewing pleasure below—about the prosperity gospel in Ghana. The film manages to be at once sensitive and direct, informative and inquisitive, as Clarke merges the roles of essayist and journalist in keeping with the best habits of the documentary tradition.

Clarke has produced a few similar short films with Christianity Today, and he’ll be making more for the magazine’s ongoing project examining Christians at work in American cities.

Clarke has also made documentaries on his own, including last year’s feature-length film Wrestling for Jesus: The Tale of T-Money, a frank, somewhat disturbing journey into the heart of an evangelistic wrestling ministry based in South Carolina.

I asked Clarke to answer a few questions about his role as a journalist making films about religion and his approach to telling nonfiction stories. After the exchange, you’ll find other short docs from Clarke’s idiosyncratic collection.

How would you describe yourself as a filmmaker? What are you trying to accomplish with your work?

On the most basic level, I’m trying to figure out how to tell a compelling story. How do I develop conflict without manufacturing it? (That would be reality television.)

Beyond that, however, I’m hoping the pieces I create do one of two things for people. The first is that they humanize the “other.” We live in a time when people who are different than us are easily caricatured and simplified through 140 character barbs that we lob from a distance. When you enter a person’s life either as a filmmaker or a viewer, many of the assumptions you have about the “other” begin to disappear, or at least get appropriately tempered.

Life in America would be a lot better if we regularly broke bread together around a dinner table and talked. Maybe in some way, my films give people that experience of a dinner table discussion with someone that the viewer would normally never have access to.

The other thing I hope to accomplish is to put a mirror up to the viewer and reflect back to them some sort of image that will cause them to ponder themselves. But what’s even more exciting to me is if that mirror can be like one of those ones that you find in a fun house that distorts your image. You see your reflection and know there’s something in it that resembles yourself. But it’s not how you picture yourself—something is off. You then have to do the work as a viewer of discerning what is genuine and what is distorted.

I guess what it comes down to is I want to make the viewer work a little.

How do you understand the balance between being an observer or investigator and being a storyteller?

As a documentary filmmaker, I am taking the immense complexities of life and relationships and boiling it down to something that is relatively simple and makes sense to a viewer in the space of three to eighty minutes. I like to think that the actual filming of a documentary is much more observational because I want to be open to all the possible directions a story could head. When I was younger and on location, I thought I knew ahead of time where a story might go. I’ve learned to resist that temptation and be open to what the moment will present. But once I’m editing, I’m thinking about developing characters and telling a story.

Perhaps in doing so, the final piece becomes as much a reflection of the filmmaker as the subject. So I try to ask myself if what we have captured reflects how I understand this person’s life.

What drew you to the “Wrestling for Jesus” project?

I’ll admit that when I first heard about what these guys were doing, I saw it as a curiosity. But when I met Timothy and some of the other wrestlers, I was taken by the community of men who gathered around this common mission of Wrestling for Jesus. As I began to hear their stories and see their lives, I saw how this mission in some way gave these men structure, discipline, and even hope. There was something universal in their attempt to try to pull themselves up by their collective bootstraps. Of course, in the end, it doesn’t work out the way Timothy imagined, but I can relate to that basic human desire.

What kinds of questions about religion are you trying to ask with your work?

Are the religious experiences of people real and authentic? And if they are authentic to that individual, does that immediately give them some sort of value or credibility (assuming that it doesn’t drive them to some sort of violence)? I’ve been around too many religious leader types to take things at face value. What appears to be a humble and loving leader ends up being selfish and arrogant when you peek behind the curtain. Likewise, I have seen how religious activity that I find puzzling and even concerning gives real value to people—especially those living with some degree of suffering.

What role do your personal religious commitments play in your work?

I believe that one of the most valuable things that each of us steward is our own personal story that we are in some ways writing throughout the course of our lives. This doesn’t mean that our lives have to be like a simplistic movie script (although I could use some Tom Cruise action sequences in my life), but rather, our experiences, thoughts, and actions weave together to form some narrative that hopefully reflects what we believe about life.

Therefore, if someone is going to trust me with their story that is of immense value, I better be really careful in how I treat it.

I guess that’s a way of saying that many of my religious commitments affect how I treat the people I film and collaborate with. That will probably ooze into the final product, but I am not asking the question, “How can Project X communicate this belief that I hold?”

You have created “corporate documentaries” for the likes of Christianity Today, but in some ways, the tone and scope of those films seems in keeping with your other work. Do you agree? How do you balance being a “documentarian for hire” with being a more traditional journalist-documentarian?

With activist non-profits at times, I feel like a “documentarian for hire”—I guess because I am. A lot of non-profits are in a little bit of a pickle. They want to use documentary to communicate their mission and vision; however, when given the choice between a messy and real story or the simplicity of their vision, they will almost always choose the nicely packaged vision statements. This is why a lot of non-profit video is filled with well-crafted statements and portraits of people looking longingly at the camera. I understand the appeal.

I’ve been fortunate with Christianity Today to be given a great deal of freedom. In fact, when I created a piece in collaboration with CT and another organization that told a balanced but raw story that the organization wanted to change it because it didn’t communicate its values, CT stood by what I created because it fit the journalist-documentarian mold that they value.

What projects are you working on now?

I am currently working on a series of short films with Christianity Today called “This Is Our City.” We are looking at how Christians are making “common-good decisions” for the flourishing of their city. We are spending time in six different cities; Portland, Richmond, Phoenix, Detroit, New York, and Palo Alto. I think it gives a very different picture of evangelicals than what [we hear in] our current political discourse.

April 11, 2012
Recent Comments
0 | Leave a Comment
Browse Our Archives
get the latest from
Entertainment
Sign up for our newsletter
POPULAR AT PATHEOS Entertainment
1

The Chosen -- season one, episode...
FilmChat
Related posts from REELigion

Entertainment
The Best Film I Saw at South by...
REELigion

Entertainment
Fear, Disgust, and "The Cabin in the Woods"
REELigion 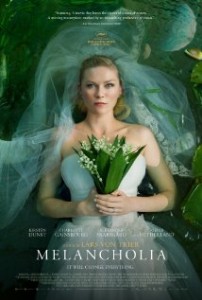