Hope for Christianity Coming from the Next Christians

“While some megachurches are flourishing in suburban Christian enclaves, the number of self-identifying Christians has fallen 10 points over as many years. Each year, the Christian church experiences a net loss in attendees and the waning political influence of the movement is now more than apparent.”

This decline in the number of Christians and churches is alarming to most evangelicals. The response by many (what Lyons calls the “old guard evangelicals”) is to engage in the culture war, some going so far as to claim that America was founded as a Christian nation and that we need to reestablish our Christian heritage.

Instead of looking backward to some mythical past, Lyons advocates looking forward to the opportunities that lie ahead. He writes, “But young Christians, it turns out, are far more optimistic about what the future might hold for the two-thousand-year-old faith.”

“Over the last several years, I’ve conducted hundreds of focus groups, interviews, and gatherings of young Christian leaders. I have tracked and compiled a list of their common characteristics—from the desire to create good cultural artifacts to a strong sense of calling—and these leaders’ optimistic outlook on the future has steamrolled me.”

Lyons gives a few real-life examples of the good work that the “Next Christians” are doing that are helping make Christianity a viable cultural phenomenon in our day. Then he states,

“Rather than strive for relevance or some amorphous ‘cool’ factor, they simply set out to accomplish good for the sake of the Christian Gospel. The only thing pragmatic about them is the way they try to solve pressing problems.

Additionally, they are far less interested in partisan politics. We are seeing more diversity in the ways young Christians define themselves politically, if they choose to do so at all. For example, when given the choice between ‘traditionalist / conservative,’ ‘centrist,’ or ‘modernist / progressive,’ almost all choose ‘centrist.’ In order to solve problems and make progress, young Christians are finding they often have to reach across party lines and work issue by issue.”

As I work with young Christians in my ministry, I have to give an exuberant “yes” to what Lyons is discovering about the Next Christians:

“As I’ve studied the next Christians, it’s apparent that they have a particular way of thinking, being, and doing that is radically different from previous generations. They are purposeful in choosing their careers, optimistic about changing social problems, and eager to infuse the world with beauty and grace.

‘Christian America’ as we’ve known it is no doubt coming to an abrupt close, and the jury is out on how the next generation of Christians will shape public perceptions or solve pressing global concerns. Only time will tell, but if you ask them, they’d tell you the future is bright.”

How optimistic are you about our ability to be change agents of unjust and systemic social problems?

How eager are you to take up the mantle of “image bearer” and create as our God creates with beauty and grace?

For more, read Gabe’s excellent book, The Next Christians: Seven Ways You Can Live the Gospel and Restore the World. 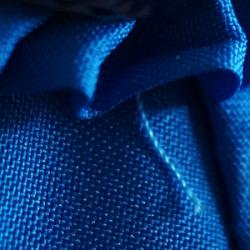