Happiness, Meaning, and a Theology of Work

This month at The Atlantic’s website, there is a fascinating piece on happiness written by Emily Esfahani Smith, “There’s More to Life Than Being Happy.”  After a wonderful introduction featuring the insights of Viktor Frankl, Smith looks at the findings of a recent study on happiness and meaning in life:

“…Researchers are cautioning against the pursuit of mere happiness. In a new study, which will be published this year in a forthcoming issue of the Journal of Positive Psychology, psychological scientists asked nearly 400 Americans aged 18 to 78 whether they thought their lives were meaningful and/or happy. Examining their self-reported attitudes toward meaning, happiness, and many other variables — like stress levels, spending patterns, and having children — over a month-long period, the researchers found that a meaningful life and happy life overlap in certain ways, but are ultimately very different. Leading a happy life, the psychologists found, is associated with being a ‘taker’ while leading a meaningful life corresponds with being a ‘giver.’

‘Happiness without meaning characterizes a relatively shallow, self-absorbed or even selfish life, in which things go well, needs and desire are easily satisfied, and difficult or taxing entanglements are avoided,’ the authors write.

[framed_box width=”150px” bgColor=”#C0FEFF” textColor=”#170093″ rounded=”true” align=”right”]”Meaning transcends the self while happiness is all about giving the self what it wants. People who have high meaning in their lives are more likely to help others in need.”[/framed_box] How do the happy life and the meaningful life differ? Happiness, they found, is about feeling good. Specifically, the researchers found that people who are happy tend to think that life is easy, they are in good physical health, and they are able to buy the things that they need and want. While not having enough money decreases how happy and meaningful you consider your life to be, it has a much greater impact on happiness. The happy life is also defined by a lack of stress or worry.

‘Happy people get a lot of joy from receiving benefits from others while people leading meaningful lives get a lot of joy from giving to others,’ explained Kathleen Vohs, one of the authors of the study, in a recent presentation at the University of Pennsylvania. In other words, meaning transcends the self while happiness is all about giving the self what it wants. People who have high meaning in their lives are more likely to help others in need. ‘If anything, pure happiness is linked to not helping others in need,’ the researchers write.

The study participants reported deriving meaning from giving a part of themselves away to others and making a sacrifice on behalf of the overall group. In the words of Martin E. P. Seligman, one of the leading psychological scientists alive today, in the meaningful life ‘you use your highest strengths and talents to belong to and serve something you believe is larger than the self.’ For instance, having more meaning in one’s life was associated with doing activities like buying presents for others, taking care of kids, and arguing. People whose lives have high levels of meaning often actively seek meaning out even when they know it will come at the expense of happiness. Because they have invested themselves in something bigger than themselves, they also worry more and have higher levels of stress and anxiety in their lives than happy people. Having children, for example, is associated with the meaningful life and requires self-sacrifice, but it has been famously associated with low happiness among parents, including the ones in this study. In fact, according to Harvard psychologist Daniel Gilbert, research shows that parents are less happy interacting with their children than they are exercising, eating, and watching television.

‘Partly what we do as human beings is to take care of others and contribute to others. This makes life meaningful but it does not necessarily make us happy,’ Baumeister told me in an interview.

Meaning is not only about transcending the self, but also about transcending the present moment — which is perhaps the most important finding of the study, according to the researchers. While happiness is an emotion felt in the here and now, it ultimately fades away, just as all emotions do; positive affect and feelings of pleasure are fleeting. The amount of time people report feeling good or bad correlates with happiness but not at all with meaning.

Meaning, on the other hand, is enduring. It connects the past to the present to the future. ‘Thinking beyond the present moment, into the past or future, was a sign of the relatively meaningful but unhappy life,’ the researchers write. ‘Happiness is not generally found in contemplating the past or future.’ That is, people who thought more about the present were happier, but people who spent more time thinking about the future or about past struggles and sufferings felt more meaning in their lives, though they were less happy…”

And this is precisely where the church does a great disservice.

[framed_box width=”350px” bgColor=”#ACFBFF” textColor=”#110058″ rounded=”true” align=”right”]For the most part, the church wrongly confirms that there is no meaning to daily work. According to many preachers, meaningful and God-glorifying work is the stuff that happens within the four walls of the church or as an extension of some ecclesiastical initiative.[/framed_box] We make Christians into clients who look to the church as a route to personal happiness rather than forming them into Christ-followers who can discern meaning in their every-day lives for God’s glory.

And this is especially true for a theology of work and daily life. I perceive that the vast majority of Americans either see no meaning in their work as it relates to God’s mission in the world, or they find great meaning in their work precisely because it is such an important component to achieving the happiness that comes from getting what they want.

For the most part, the church wrongly confirms that there is no meaning to daily work. According to many preachers, meaningful and God-glorifying work is the stuff that happens within the four walls of the church or as an extension of some ecclesiastical initiative. Christian service is too often framed as an alternative to work-a-day life, an escape from meaningless work into meaningful work. Church leaders correctly perceive that many people see no meaning to their daily existence but the ecclesiastical impulse is to answer the question of meaning over and against daily life, not to find meaning within it.

I see one of two typical strategies that churches use to help people find meaning in their daily lives.

One strategy is to simply avoid saying too much about daily work while offering therapeutic spirituality and opportunities for service. For some in the congregation, this creates the perception that meaning can be found in the spirituality found in church but not in daily work. For others, this just exacerbates a dichotomous life where meaning is found apart from God and God’s mission since the church has nothing to say about that which brings a sense of meaning (our work), which essentially supports the formation of idolatry.

The other strategy is to offer prophetic pronouncements against greed and selfishness—correctly challenging idolatries that give false meaning to life—while steering people to find meaning in participating in just causes like eco-justice, gun-control, pro-life, or poverty advocacy. In this strategy, false ideologies may be challenged but, once again, the answer that is offered is to pursue meaning over and against daily life, not to find meaning within daily life.

Until the church is willing to honestly wrestle with the meaning of work and daily life, the church will never be an effective expression of the Kingdom of God. 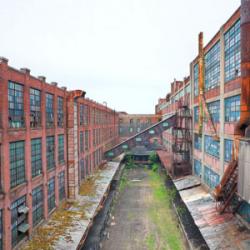 Faith and Work
Preach and Teach about Working Toward More Proximate...
(re)integrate
TRENDING AT PATHEOS Faith and Work