Is God More Pleased With My Work Than I Am?

My pastor was doing a short sermon series on work recently, and he said something startling.

“God,” he said, “is likely more pleased with your work than you are.”

How can God be pleased with something I know I mess up a lot? He’s pleased with all that mess, the mistakes, all the times I fall short? The confrontation with the boss? What about the person I had to lay off because my boss told me it would be good for my development? Could God really be pleased with that?

And if he is, would it make a difference in what I do?

My work, like the vast majority of us who work, is all about performance. I’m judged and rewarded on the basis of performance. That’s what the HR policy says, anyway. I perform well, and I’m rewarded. I perform poorly, and I’m penalized, or out on my ear.

Performance with a Twist

And it’s actually performance with a slight twist. It’s not so much “what have you done” but more “what have you done for me lately.” It’s not only about performance, but something rather ill-defined as “performance plus.” The expectation is always more, better, faster. Grow, improve or die. If you can’t handle the additional work, we can find someone who can – and likely more cheaply, too.

My pastor’s comment invaded my consciousness, and I initially dealt with it in the usual way: I decided he was wrong. But the idea lingered, until I realized he had a point, and he might have as many as three points.

First, our notions of work tend to be more cultural than biblical. We operate within cultural norms. Our systems and processes are cultural. In the great modern split of church and state, the workplace has sided firmly with the state. So it’s no surprise that our work is measured and judged based largely on cultural criteria.

Second, we have our own interior work ethics. My two brothers and I have talked about this – all three of us are prone to workaholism. So was our father. What is likely a natural desire to work and be productive, though, becomes an end in itself. We submerge all kinds of things in work – the desire for worthiness, recognition, affirmation, and self-esteem, to mention a few, all those things we hunger for and never can really do enough to achieve. That doesn’t stop us from working even harder.

Third, we admittedly have a rather short-term view, even if we live the fully allotted three score and 10 (or longer). We see the day-to-day; we can gain some perspective by looking backward but rarely apply that perspective to looking forward.

God’s view, however, is not cultural, personal or temporal. It’s eternal. And he sees what we don’t.

Some years ago, a friend of mine who worked at another company and was an elder at our church mentioned that he had been on a plane seated next to someone who knew me at work. I didn’t work with the person but I knew who she was.

“She talked a lot about you,” he said.

Warning bells went off. “She did?”

He nodded and didn’t say anything.

He smiled. “I didn’t ask her. She volunteered some comments.”

“She said you were very religious, especially for a company like yours.”

He smiled again. “She also said that you lived your faith in your work.”

Maybe there’s something to what my pastor said.

Image by Yannis. Used with permission. Sourced via Flickr.

This article was originally posted at The High Calling.

May 20, 2014
Playing It Safe Will Never Change the World
Next Post 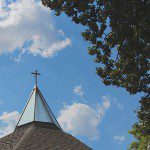 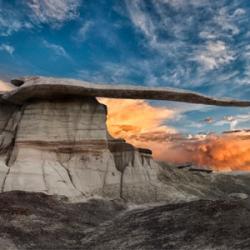