Are There Two Kinds of Grace? 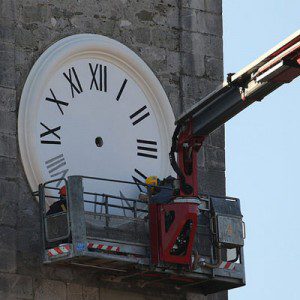 In the beginning, God created the heavens and the earth. As God created everything in the cosmos in an orderly way, we read in Genesis 1 that “God saw that it was good.”  After God made it all, we read,

Think about it. It was very good! How dare we think that our sin can nullify that which God has made!

But that is exactly the implication we get from many of our churches – that the creation is so evil that there is nothing that can be done about it. All we can do is save people from this disgusting existence and get them up to heaven. But as I wrote in an earlier post, A careful reading of the Bible will see that the original creation is corrupted but not unredeemable. Sin does not abolish God’s love for his creation.

“Evil does not have the power of bringing to naught God’s steadfast faithfulness to the works of his hands.” (Creation Regained, p. 57)

Grace that is Common (But Still Amazing!)

Neither does evil bring to naught the work of the hands of those created in God’s image!

Because of God’s bestowment of common grace, fallen humans are still capable of bringing the good, the true, and the beautiful into the world through our cultural endeavors.

What is “Common Grace?”

“Put simply, common grace responds to the question many have about our world: ‘How does the world go on after sin’s entrance and how is it possible that ‘good’ things emerge from the hands of humans within and without a covenant relationship with God?’ Common grace is God’s restraint of the full effects of sin after the Fall, preservation and maintenance of the created order, and distribution of talents to human beings.” (Vincent E. Bacote, “Introduction,” in Wisdom & Wonder: Common Grace in Science & Art, by Abraham Kuyper, ed. Jordan J. Ballor and Stephen J. Grabill, trans. Nelson D. Kloosterman, 2011, p. 26)

Theologian Herman Dooyeweerd warns that Common Grace must not be understood in such a way that we forget the awful and destructive consequences of the Fall and of human sin.

“In all this it is imperative to understand that ‘common grace’ does not weaken or eliminate the antithesis (opposition) between the ground motive of the Christian religion and the apostate ground motives. Common grace, in fact, can be understood only on the basis of the antithesis.” (Roots of Western Culture: Pagan, Secular, and Christian Options)

So there are two kinds of grace. Saving Grace, which determines our eternal destiny, and Common Grace, which brings blessing to us in our everyday lives through the work of our hands. Both are from God and He alone gets the glory.

Our work matters because the larger creation matters. What we do in our evangelism is kingdom work. And (this is what must be understood) what we do in our work is also kingdom work, if it is making the world more like the way God wants things to be, where people and creation flourish and there is joy in living the human life.

In the book He Shines in All That’s Fair, Richard Mouw looks in depth at the arguments for and against the doctrine of common grace. What do you think of his thesis?

“The underlying view I am endorsing here posits multiple divine purposes in the world. To state it plainly: I am insisting that as God unfolds his plan for his creation, he is interested in more than one thing. Alongside of God’s clear concern about the eternal destiny of individuals are his designs for the larger creation.” (Richard J. Mouw, He Shines in All That’s Fair: Culture and Common Grace, Eerdmans, 2002, p. 50)

Image by Lorenzo Magnis. Used with permission. Sourced via Flickr. 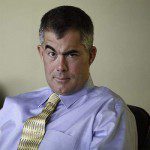 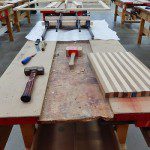 March 24, 2017 Jesus is More (But Not Less) than a Carpenter
Recent Comments
0 | Leave a Comment
"This is a very helpful graphic. Thanks Bob."
Brendon I am a Disciple of King ..."
"Hello?"
Dave Armstrong Apologetics Beyond Reason
"Dear Pastor Bob,I have written a respectful reply to your thoughtful piece:Dialogue: the Relation of ..."
Dave Armstrong Apologetics Beyond Reason
""11 And he gave the apostles, the prophets, the evangelists, the shepherds and teachers, 12 ..."
Craig Garriott A Caring Critique of Alan Hirsch’s ..."
Browse Our Archives
get the latest updates from
(re)integrate
and the Patheos
Best of Patheos
Channel
POPULAR AT PATHEOS Faith and Work
1 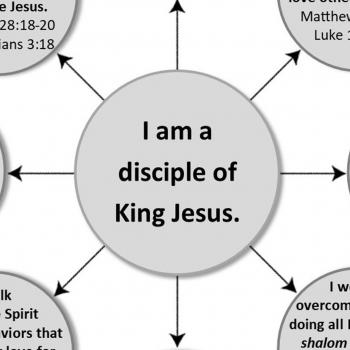 Faith and Work
I am a Disciple of King Jesus -...
(re)integrate 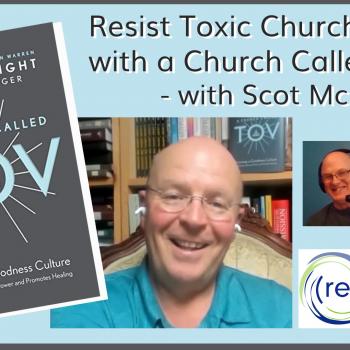 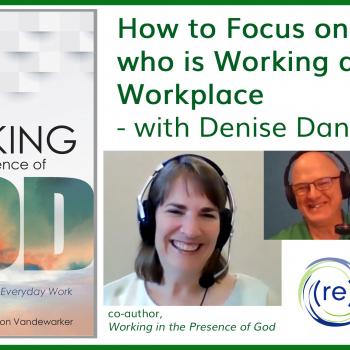