What Christians Should and Should Not Do During COVID-19

The Ancient History of Epidemics Has Some Lessons for Us

Today I re-read the chapter titled “Epidemics, Networks, and Conversion” in sociologist Rodney Stark’s essential book, The Rise of Christianity: How the Obscure, Marginal Jesus Movement Became the Dominant Religious Force in the Western World in a Few Centuries. I thought I’d get some insights into our current situation, and did I ever.

Imagine you’re living way back around AD 170. All seems to be going smoothly. The government has essentially squashed all opposition and you are experiencing the “Pax Romana” (“The Peace of Rome”). Your biggest questions about life seem to be answered by Greek philosophy. You’ve been doing your best to keep the gods appeased.

Then many of the people around you start getting sick. You hear rumors that there is a plague sweeping through the known world that is highly contagious, and many are dying. What do you think? How do you feel? Where do you turn for answers? Is there anyone who can help?

Starting in 165 and lasting 15 years, an epidemic of smallpox called “The Plague of Galen” took the lives of between a quarter to a third of the Roman Empire’s population. So many people died that Emperor Marcus Aurelius spoke of caravans of carts hauling the dead from the cities. Marcus Aurelius himself died from the plague. After that plague had gone its course, a generation later another plague, this time of measles, hit in AD 251. At its height, it was reported that 5,000 people a day died in the city of Rome alone.

What was the response of the government? Of the civic and thought leaders? Of the religious community? To whom could the people go for answers and help in a time of utter crisis?

First, the politics of Rome was not the answer. Rodney Stark quotes Hans Zinsser:

“Again and again, the forward march of Roman power and world organization was interrupted by the only force which political genius and military valor were utterly helpless—epidemic disease.” (p.74)

I think you’d agree that the politics of the Coronavirus is getting out of hand. In an election season, we Americans have a tendency to place a lot of faith in the candidate we are backing, and in spite of our high regard for our ability to think for ourselves, we are more susceptible to “group-think” than we are willing to admit. I’ve noticed through social media that those who watch Fox News have a very different take on the Coronavirus than those who watch CNN.

But here’s the truth: Political maneuvers for power and votes will not effectively deal with the issues surrounding this epidemic. As David Koyzis writes in Political Visions and Illusions, political ideologies are “inescapably religious,” and therefore idolatrous.

Certainly, government is a part of God’s good creational norms. God wants us humans to live well together in society, and the means for doing so is through government. So don’t hear me equating America with ancient Rome or saying all government is a bad thing. But it is a created thing, and thus it cannot be worshipped as if it is God himself. Not only is it idolatry, it is fruitless. We cannot put our faith in, nor seek our salvation from, political ideologies.

The people’s trust in the nebulous might of the Roman empire was embarrassingly made obvious because of these ancient plagues. Today, Christians should be different than those around us – we should not place too much trust in the false savior of any political figure or party.

What Didn’t Help: Religions and Philosophies

The Roman world had plenty of religion, but what did that pagan religion of Jupiter, Apollo, and Mercury have to offer? Stark imagines the thoughts of those ancient people as they suffered:

“If we are pagans, we probably already know that our priests profess ignorance. They do not know why the gods have sent such misery—or if, in fact, the gods are involved or even care. Worse yet, many of our priests have fled the city, as have the highest civil authorities and the wealthiest of families.”

Sociologists like Stark see a pattern with natural or social disasters: When these happen, it often causes that society to have a crisis of faith. “Typically this occurs because the disaster places demands upon the prevailing religion that it appears unable to meet.” The prevailing religion can’t explain why it happened, nor does it provide how to deal with what has happened.

The prevailing religion in America has been what sociologist Christian Smith termed “Moralistic Therapeutic Deism.”  This religion believes that God exists and created and ordered the world and that he wants people to be good and fair to each other. Good people go to heaven when they die (and most of us are good). The central goal of life in MTD is to be happy and to feel good about oneself. However, the God of MTD is not particularly involved in anybody’s life.

The COVID-19 epidemic perhaps will cause our neighbors to have a crisis of faith; MTD is woefully insufficient to provide meaning and comfort to an anxious population.

Not only was the Roman religion with all its various gods incapable of answering these questions, so were the prevailing philosophies. The Greek philosophies of the day didn’t offer much more help as the people watched helplessly as their loved ones died. They began to recognize that the Hellenic philosophies fell short in explaining why these things occurred, nor did these philosophies offer any comfort.

Philosophy’s ‘Natural Law’ had nothing to say about the meaning of suffering, and makes survival just a matter of chance. Much of what Plato and Aristotle taught made suffering meaningless because they taught that this tangible, physical life really has no value, and they all varied on what to think of an afterlife.

What Did Help: Christians Who Were Authentic and Sacrificial with their Lives

These early Christians had deep-seated beliefs, that instilled in them deeply-anchored answers, which created a deeper meaning for their lives.

Humans have always been meaning-seeking creatures. Why am I here? What am I supposed to do with my life? Where is my life going? To what end is my life leading?

Today, during this current epidemic, we should be asking these questions. And it should shake us to find that we have been living in light of our wrong answers.

Here is a major thesis of what Rodney Stark discovered in his research: Those early Christians had answers to these questions that were radically different from the rest of the Romans. They believed that the meaning of life is to love God and to love their neighbors. They found joy in serving others, even sacrificially doing so. They did not live in fear, for they were convinced that there was an eternity of life still awaiting them. But they still valued the gift of life and did everything they could to preserve it.

So, they did the unthinkable: They did not run away out of their cities to avoid people inflicted with the plague as so many others did. They stayed. They nursed each other to health. They nursed others in their communities as well. Many of them died in doing so. But they were not afraid. They sacrificially served.

Of course, it should go without saying that this made an incredible impact on the early growth of the Christian church. People saw a community of people who cared for their own, and who even cared for those outside their community. They saw the miracle of Christians surviving the plague and then helping others so that they too could survive the plague. They heard these Christians’ testimonies about the reasons for suffering and evil and what Christ has done about it through his death and resurrection. They saw a hope in these Christian people that was completely novel to them, manifesting itself with fearlessness in the face of death. They experienced a love that was real and amazing.

When all is said and done after the COVID-19 crisis, what will the non-Christians have to say about the Christians? Will this be a chance for us to do what those early Christians did, what sociologists like Stark call a “revitalization movement?” Stark says that the name “indicates the positive contributions such movements often make by ‘revitalizing’ the capacity of a culture to deal with its problems.”

Shall we be the movement that helps our fellow citizens thrive in the face of trouble, anxiety, and fear.

Image by Lorianne DiSabato. Used with permission. Sourced via Flickr.

March 30, 2020 Three Steps to Get Your Work Bearings During the Pandemic
Recent Comments
0 | Leave a Comment
"This is a very helpful graphic. Thanks Bob."
Brendon I am a Disciple of King ..."
"Hello?"
Dave Armstrong Apologetics Beyond Reason
"Dear Pastor Bob,I have written a respectful reply to your thoughtful piece:Dialogue: the Relation of ..."
Dave Armstrong Apologetics Beyond Reason
""11 And he gave the apostles, the prophets, the evangelists, the shepherds and teachers, 12 ..."
Craig Garriott A Caring Critique of Alan Hirsch’s ..."
Browse Our Archives
Related posts from (re)integrate 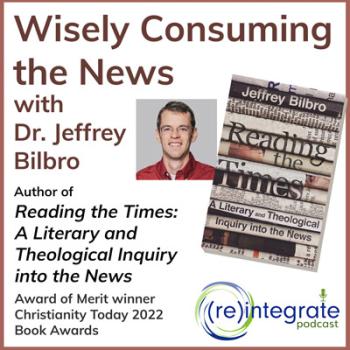 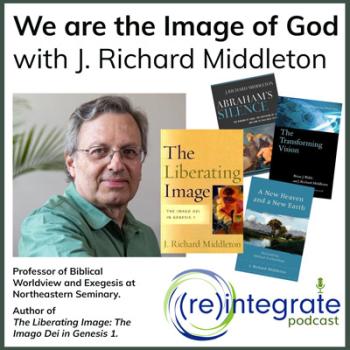 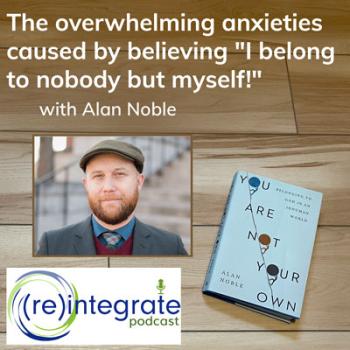 Faith and Work
The Overwhelming Anxieties Caused by "I Belong to...
(re)integrate 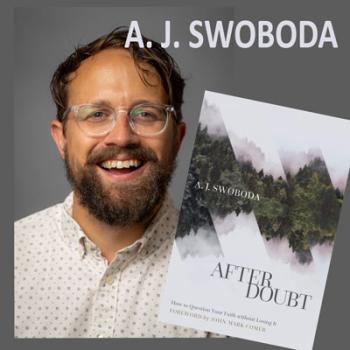 Faith and Work
Deconstructing Beliefs While Keeping Our Faith - with...
(re)integrate
TRENDING AT PATHEOS Faith and Work