As you got ready for work this morning, you thought, “Ugh! I have to work with that boss again today!”

There are many people placed in charge who are simply not ready or able to have such authority. And everyone who has to work for that person has to pay the price, day after day, including you.

I’ve had some bad bosses. One guy acted like his team was in the military and he was a drill sergeant – he actually thought he could motivate us by yelling at us. It just made me shrink up into the fetal position in my emotions, no longer even capable of doing a good job, let alone a better one.

Another boss acted nice and kind all the time, so much so that the higher-ups thought that he was a great guy. But he would subtly seek to get his way by being passive-aggressive. When he got upset with employees, he wouldn’t tell them straight up but would give them the cold shoulder. He would subtly belittle employees in public comments. He would do his own work poorly but then exploit the talents of his subordinates and take the credit for himself. He would play one employee with more influence against other employees with less.

What can you do if you have a bad boss?

1. Check to see if you are the problem.

I know that you’re convinced that your boss is at fault. But one of the things that makes believers in Christ different is supposed to be our willingness and ability to humbly admit that we are sinners and that we are often wrong and in need of repenting. We realize that our sin often blinds us to our own faults and, in our pride, we too readily blame others for the situations in which we find ourselves.

Ask a close friend to be honest with you about the situation in which you find yourself: Not just someone who will always side with you but who is trusted to tell the truth. Look in the mirror, and be honest about what you see there (James 1:22-25).

After honestly confessing our own faults, we can better deal with the issues of a bad boss. We can move on to #2!

2. Do not take it personally and don’t give in to resentment. 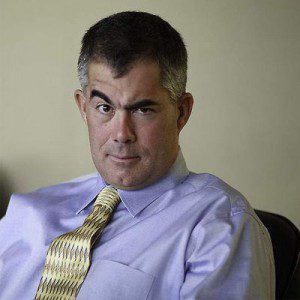 If your boss treats you poorly, realize that his or her unacceptable behavior has less to do with you and m

ore to do with what they are dealing with.

Non-believers with bad bosses often get bitter, allow themselves to seethe with anger toward this boss, and begin grumbling with other employees about how horrible this person is.

But believers love their enemies (Matthew 5:43-44), and overcome evil with good (Romans 12:21). Christ-followers are better capable of not taking a bad boss’s behavior personally, realizing that every single one of us has deep-seated heart issues that we carry with us at all times, and that these issues manifest themselves in sometimes ugly ways, even in the workplace. With that in mind, they are less likely to become gossips and busybodies (1 Timothy 5:13), and more likely to say only that which is helpful to the situation (Ephesians 4:29).

3. Help your boss set clear expectations, and then surpass them.

Sometimes, bad bosses need help to be better bosses. and they don’t even know it. Have a meeting with your boss and ask for specifics of what he or she expects from you. Have them state them very clearly and with deadlines. Be sure to write it down, and then give him or her a copy. It is difficult to plan if you do not know what is expected of you (Proverbs 21:5).

Once you know what you are to do, do it with gusto and excellence. Remember that your real boss is actually Jesus Christ, and you want to do a great job for him (Colossians 3:23-24). Let your good work act as a beacon of light in your workplace (Matthew 5:16). Of course, this will not guarantee that your bad boss will get off your back, but at least you will have done all you can to alleviate the problem.

4. Become a student of your boss.

You might find that certain things trigger the poor behavior, and you can work toward minimizing these. You might discover that their personality and yours are just not very compatible, and you can adjust your own expectations accordingly.

Try to put yourself in your boss’s shoes – then you will have a totally different outlook on this person. When Jesus looked at all the sinners with whom he had been living for years, he did not scoff at them or blame them for being such idiots. He understood what was really going on: they were harassed and helpless but were unable to know what to do about it. They were like sheep without a shepherd, and Jesus had compassion (Matthew 9:36).

Image by T.J. (Dr. Whimsy). Used with permission. Sourced via Flickr.
Post by Bob Robinson was originally for The High Calling, which is now hosted at the Theology of Work Project. 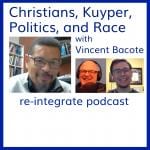 February 20, 2021 Christopher Wright: We Are a People Who Live and Work in the Public Square
Recent Comments
0 | Leave a Comment
Browse Our Archives
get the latest from
(re)integrate
Sign up for our newsletter
POPULAR AT PATHEOS Faith and Work
1 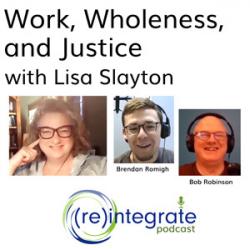 Faith and Work
Become a Leader Worth Following - with Suzi...
(re)integrate 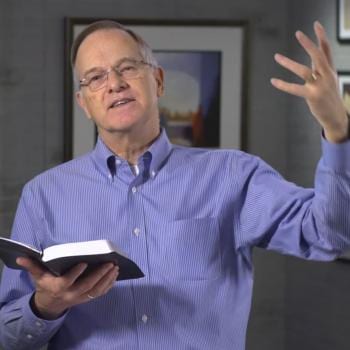 Faith and Work
Christopher Wright: We Are a People Who Live...
(re)integrate
TRENDING AT PATHEOS Faith and Work