Pope Francis and the Realities of Climate Change

Dear Pope Francis, I know you don’t know about climate change. I know because I worked in the business (as climate advisor to a U.S. government executive, pretty much the equivalent of a mid- level bishop in the Roman Catholic Church).  So, like any high level person, you are listening to your advisors.  But I think they may be leading you in a direction that is not the best one for you as the head of the Roman Catholic Church, nor for the rest of the world. I don’t know if they have the same kind of dirt-level environmental policy experience I do, so I am taking an opportunity to share my thoughts with you.  I am willing to discuss them with anyone in an open internet forum; I think that’s where some of the best mutual learning can take place.  In the humble spirit of your patron, Francis, let me share with you my humility about climate change based on my experience in the field of climate change at a regional level.

First, I don’t know that climate change is caused by greenhouse gases.  It seems likely, given the information we have.  But I am a scientist and so I like empirical facts, not models.  If models were so great, wouldn’t we be able to predict the economy (oh that’s right, climate models include assumptions about the economy, which we obviously can’t predict)?  But I’m not a “denier,” I’m an agnostic, as any good scientist should be. But the good news (let’s by all means preach the good news!) is that you don’t have to know for sure about anything to derive good public policy.

Second, I don’t know what is the right policy.  I do believe in subsidiarity. I believe that by small governments trying small combinations of policies, we will learn and ultimately derive the best policy.

Certain people proposed a policy option (international agreements and cap and trade) which did not meet with public support in the U.S.  I don’t agree with it either, and I don’t think you should.  There are four reasons.  The primary one is that solving problems with international groups goes against the Catholic social justice principle of subsidiarity.  Second, cap and trade uses markets, and you have pointed out that capital markets are not always the best way of allocating resources or solving problems. Third, each carbon reduction intervention may have economic winners and losers. Protecting the poor from negative consequences is best considered locally.  Finally, and most pragmatically, international groups really don’t have a good track record at working through things the countries disagree about.  Maybe we should assign them to work on helping migrants, and world peace, first and assign them climate change when they are successful.

In the U.S. we have an expression “that dog won’t hunt,” and cap and trade was never going to develop public support in the U.S. for many reasons, not the least of which was because people who lost great amounts of money due to financial market irregularities did not want to turn the environment over to the same questionable bunch of folks.  Something simpler, like a carbon tax with transparency over where the bucks were going, might have fared better.

Third, I don’t know that “we’re not doing enough.”  And I don’t think anyone else does either.  Because no one knows what we are doing, let alone can answer how much would be enough, given that a transition to a low-carbon economy is not going to occur overnight.  As a former federal government employee, I can safely say there is no one who defines what kinds of efforts will contribute to mitigation, and counts them up over individual people, local government, states, and federals.  So let me say again, explicitly, to know we are not doing enough, we’d have to know what we are doing already, and we don’t know.

We see more solar panels going up in our neighborhoods,  and more wind turbine blades going down our highways.  Are there “enough”? I think that some of the international experts aren’t aware of the myriad of different policy interventions that exist and are making a difference.  In my community, the people who figured out the business model so that people don’t have to use cash upfront to buy solar panels are climate change heroes. But other interventions need to be examined carefully from a Catholic perspective. For example, if people with solar panels are paid at the same rate for their contributions to the grid, and yet the energy company needs to function, then will poor people without solar panels have to pay more for energy? Real world interventions, even with noble intentions, are really complicated.

Finally, I don’t know whether you’re aware of the Hartwell Paper.  I would argue that the Hartwell Paper has a Catholic message. The Hartwell authors, a pragmatic bunch, state, “To reframe the climate issue around matters of human dignity is not just noble or necessary. It is also likely to be more effective than the approach of framing around human sinfulness, which has failed and will continue to fail.” They set three broad goals for climate policy, in their words:

1) to ensure that the basic needs, especially the energy demands, of the world’s growing population are adequately met. ‘Adequacy’ means energy that is simultaneously accessible, secure, and low-cost.

2) to ensure that we develop in a manner that does not undermine the essential functioning of the Earth system, in recent years most commonly reflected in concerns about accumulating carbon dioxide (CO2) in the atmosphere, but certainly not limited to that factor alone.

3) to ensure that our societies are adequately equipped to withstand the risks and dangers that come from all the vagaries of climate, whatever may be their cause.

You too could make your framing of the climate change issue around matters of human dignity and not sinfulness. I encourage you to do so, or at least to consider it.

Sharon Friedman was well-schooled in Catholic thought by the Sisters of Notre Dame, has a Ph.D. in genetics, and worked for 40 years in the field of forest policy and research. She was the Director of Strategic Planning for the Rocky Mountain Region of the Forest Service, and was responsible for developing mitigation and adaptation strategies for climate change on FS land in Kansas, Colorado, South Dakota, Nebraska and Wyoming.  Currently she is a student at Iliff School of Theology and a Channel Manager at Patheos.

September 29, 2015 Behavioral and Social Scientists: Witch Doctors of the 21st Century?
Browse Our Archives
Follow Us! 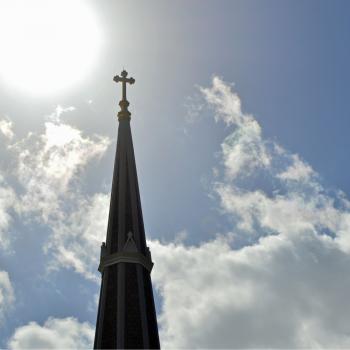 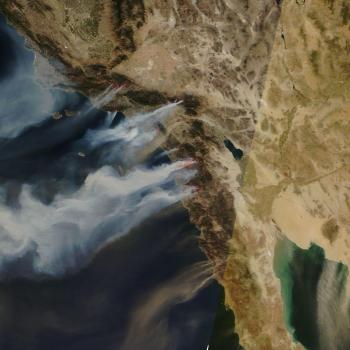