Has Science Made God Irrelevant? 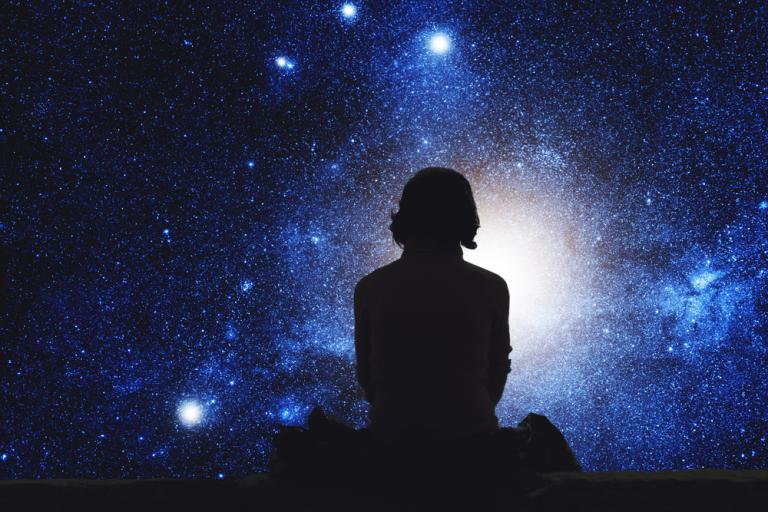 I once read a science fiction story about a galaxy-roving human race that had run its ancient God to ground in a garden on an abandoned planet Earth. Rather than supplanting God in wisdom and power, these men came off as aping the serpent in the ancient story: “We have outgrown you. We want to be liberated from you. We want to be like you, but on our terms.”

In much of the ancient and medieval worlds, the Creator was thought to be a grand clockmaker. The Sun rotated around the Earth, as did the Moon. The sky was a dome with fixed objects in it. Created things were as they’d been created a few thousand years earlier. And if not a clockmaker, many envisioned the Creator as a capricious Titan who demanded propitiation and abasement.

The estimated number of stars in the universe is a very big number, 1 followed by 29 zeroes. If each star (like our Sun) is represented by a grain of sand, the “hill” of sand would be 5 miles long, 5 miles wide, and 5 miles high. Or maybe 6 miles by 6 miles by 6 miles, but you get the idea: a huge hill.

Instead of an 8-1/2 by 11 paint-by-numbers universe, we have a vast and complex Sistine Chapel of breathtaking art.

Living creatures have evolved, and many have gone extinct, in the 3.5 billion years or so that life has existed on planet Earth, up to the present day when cognitive, reflective, creative creatures inhabit the world, creatures striving to decipher this world, other worlds, and the universe itself. Perhaps we’ll learn that life as complex as human life exists elsewhere, or can survive in poisonous (to humans), brutally frigid, or brutally hot environments, but we have no evidence that such complex life exists, and we know that Earth would be barren of human life if not-so-dramatic changes in our own planet’s environment were to occur.

We are often told that the more complex, strange, bizarre, and immense the universe is understood to be, and the more tenuous human life is understood to be, the more unlikely, unnecessary, or irrelevant is a Creator; but why should reason drive us to such a conclusion? Wouldn’t the static, predictable universe of the ancients, and of Newton, have less need for a Creator than this dynamic universe cosmologists believe to have erupted from a bubble of space smaller than an atom into all the stars and galaxies and planets, with gravitational waves that cascade through space, unimaginably squeezing and stretching space-time in the vicinity of colliding black holes and ever-so-subtly a billion light years away? Neutron stars, dark matter, and dark energy, dimensions we can’t detect (10 or so) that M-theory and Superstring Theory require for mathematical consistency, and time, space, and gravity that aren’t fixed at the extremes, as the film, Interstellar, metaphorically depicts.

Considering this cosmological magnificence and mystery, why are things we call miracles impossible? With all matter being composed of common fundamental particles (whatever we choose to call them), things such as water and wine, or leprous and “clean” cells, aren’t different in kind, but differ only in combination and organization. Thus, water could be instantaneously transformed into wine without contradicting today’s understanding of the universe.

Those willing to entertain the possibility that a Creator exists might wonder how any Being could get its arms around this massively complex and powerful universe? Or how could such a Creator care about one planet in a vast sea of planets, or one person amidst billions of people?  An ant living on a 100-acre farm, with plants, hills, trees, streams, machines, and houses, can’t conceive of “knowing” or farming this massive world, though the old farmer knows every square foot of the farm and everything on it…and loves it. And this farmer, for all his wisdom, is a mere human being. Perhaps what we’ve learned should modify our image of the Creator. Rather than a grandfatherly tinkerer, or an anthropomorphic Zeus, an awesome Being whose capabilities in relation to human beings, including the capacity to love, dwarfs the difference between the farmer and the ant? Who likes being compared to an ant, but if there’s a Creator of this magnificent and mysterious universe, this Being isn’t someone even galaxy-hopping humans are going to stalk and corral.

I’ve worked with water for four decades: physical properties, statistics, water in every condition and environment, but this information can’t begin to describe the colors, sounds, sensations, and beauty we experience when we see a gleaming lake beneath a bright sun, or a waterfall, or feel warm water flowing over our bodies. Even more so when we compare pages of physical data, vital signs, and chemical analysis about a human being to whom that person is.

The statement, “There is a God, and all doubt is damnable,” and the statement, “There is no God, and all faith is scornful” have more in common than what separates them. Scientists and theologians alike ought to consider what C. S. Lewis called chronological snobbery, thinking we have all the answers, that people in the past knew little or nothing, and people in the future will know no more than we do today.  As the physicist Neils Bohr said, “No paradox, no progress,” and as the theologian Augustine said, “My heart is restless, and shall not rest until it rests in You,” observations having more in common than what separates them.

Earth Day has come around again, but what are rain forests and pristine lakes on Earth, or on a million planets, without reflective, intentionally creative creatures to nourish and cherish them? And what of these intentionally creative creatures if we are only smarter ants, nurturing a planet for future generations of smart ants? Unless there’s something more than our four inches of sand, why is an Earth filled with life any better than Mercury, Mars, or Neptune? Because we are restless and wrestling with paradox we can cheer and support Earth Day while asking these questions.

Thomas M. Doran is an adjunct professor at Lawrence Technological University, a Fellow of The Engineering Society of Detroit, and the author of Toward the Gleam, Terrapin, and Iota.

April 29, 2016 60th Anniversary of the Red Sea Parting
Recent Comments
4 Comments | Leave a Comment
Browse Our Archives
get the latest from
Religion Now
Sign up for our newsletter
POPULAR AT PATHEOS Public Square
1 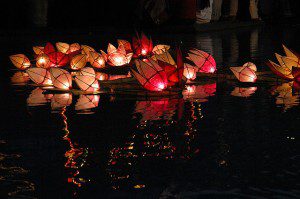 4 responses to “Has Science Made God Irrelevant?”