A Spectrum of Faith: Religions of the World in America’s Heartland

A Spectrum of Faith: Religions of the World in America’s Heartland June 9, 2017 Guest Contributor 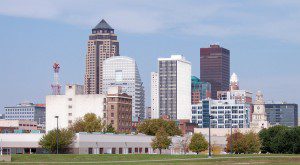 On a cold and windy night in November 2014, a forty-foot statue of the Vietnamese bodhisattva Quan Am began radiating her compassion to the residents of Des Moines, Iowa. She is, to my knowledge, the largest religious statue in our capital city and the second-largest one in our state. I found her and everything she symbolizes so remarkable that I wrote an op-ed for the Des Moines Register on the occasion of her dedication nearly three years ago. This is the story about how that op-ed led to the 2017 publication of a student-written, photo narrative about religion in Des Moines, which has thus far raised $20,000 for a local food-pantry network.

For fifteen years now, I have served as a professor of philosophy and religion at Drake University, a midsized, private university in Des Moines. For five of these years, I have directed Drake’s Comparison Project, a program in comparative religion that began with a lecture and dialogue series in comparative philosophy of religion and a digital storytelling initiative about local-lived religion. It was in the capacity of the digital storytelling initiative that I found myself at the Vietnamese Buddhist temple Tu Vien Hong Duc in the Fall 2014 semester, helping Drake students facilitate the creation of digital stories by the Temple’s youth. That was when I first learned about the statue and decided to write the op-ed. Little did I know that a freelance photographer, who had moved to Des Moines just two weeks prior, would read my op-ed, attend the dedication ceremony, and take photos of the statue. When Bob Blanchard later contacted me, asking about other photo opportunities, I offered a better idea: “Let’s write a picture book; I’ve always wanted to write a book about local religion but I don’t have enough words to fill the pages.”

The story about how our fledgling “picture book” project ultimately became a student-written, photo narrative is just as incredible. The very next semester a Drake University service-writing student who had been assigned to my Comparison Project relayed news of the project to her professor, Carol Spaulding-Kruse. It just so happened that Carol directed a community press that was looking for its next project. Bob and I applied, and the Drake Community Press took us on. Thereafter, students engaged in almost every aspect of the process, from planning and grant writing, to research and writing, to editing and videography, to layout and design, to marketing and publicity.

For me, the high point of the process was the course that I team-taught with Carol in the Spring 2016 semester. Fifteen of my religion students spent that semester “embedded” in fifteen local religious communities, while nine of her English students engaged in developmental editing of my students’ research. Over time, we collectively arrived at the form of each chapter: the identities, histories, spaces, and practices of each community. As for the content of the book, students labored to bring forth the stories, experiences, and perspectives of their religious communities, not to write encyclopedic overviews of religious traditions. The communities were consulted for input and feedback along the way; in the end, they all signed off on what was written and photographed. All this was in accordance with the Drake Community Press’s motto of “writing with.”

There was fun to be had along the way too! During the Spring 2016 semester we hosted a community-building event in which the student researchers displayed posters containing their preliminary writing, along with some of Bob’s photos. Each community brought food from its culture and offered music from its religion. The three-hour event didn’t end until a Sikh singer and drummer joined a Jewish klezmer band. We all danced in a large circle, until the interfaith band paraded us out into the crisp spring air, where we danced some more.

Two more community-building events later followed—the first, while Krista Tippett was on campus for Drake’s Bucksbaum Lectureship; the second, for our book launch at which Eboo Patel served as keynote. Even more amazing, though, was what followed the book launch. Immediately afterwards, we hosted a two-day “Iowa Interfaith Exchange” with over fifty sessions led by faith communities, interfaith college groups, and non-profits. A month later, The Comparison Project commenced its “Meet My Religious Neighbor” series of monthly open houses in places of worship around Des Moines. And later this summer we will begin our yearly interfaith camps for local youth. Our photo narrative is not an end, but a means.

If anything, there is an embarrassment of riches when it comes to religious diversity in Des Moines. Indeed, the most difficult part of the project was limiting the book to just fifteen religious communities that represented just six religious traditions. Tu Vien Hong Duc is just one of two Vietnamese Buddhist temples and one of at least nine Buddhist temples overall, most of which represent Southeast Asian ethnicities. By my count, there are as many mosques, one-third of which are Bosnian. There is also a surprising diversity of Eastern Orthodox Christian communities, one of which, the Copts, recently moved into a building formerly owned by our Orthodox Jewish congregation. Of course, Des Moines also runs the gamut of Jewish and Christian branches, denominations, and non-denominations. And the Hindu and Sikh communities each recently added an additional place of worship, the former of which is constituted by Bhutanese refugees.

If there is one central message to our project and book, it is therefore this—that religious diversity is not only alive and well in Des Moines but also a function of our rich history of welcoming refugees and immigrants. And if there is one central goal to our project, it is that of creating opportunities for engagement and dialogue. As Eboo Patel wrote in his foreword to A Spectrum of Faith: Religions of the World in America’s Heartland, Des Moines, Iowa has built a “city on a hill.” Perhaps your city has too.

Special to Patheos from Timothy D. Knepper, a professor of philosophy and religion at Drake University 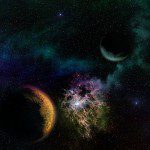 May 15, 2017
The Bible and Science Fiction: A Match Made in Heaven?
Next Post 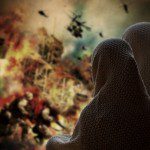 June 15, 2017 It's Time to Stand Up and Be the Church in the Refugee Crisis
Browse Our Archives
get the latest from
Religion Now
Sign up for our newsletter
POPULAR AT PATHEOS Public Square
1

Was Jesus white (and should art indicating He...
THE QUESTION: Was Jesus white? THE RELIGION GUY’S ANSWER: No. But in...
view all Public Square blogs
Copyright 2008-2020, Patheos. All rights reserved.