Purim At The Farmer’s Market: How Helping Others Lets Us Show Ourselves

Purim At The Farmer’s Market: How Helping Others Lets Us Show Ourselves February 24, 2021 Guest Contributor

The last many months have been hard for most people. We are hungry — for food, for human connection, for a sense of belonging and groundedness in a hurting world.

It is against this backdrop that Jews are preparing to celebrate the holiday of Purim, which this year begins on February 25th, but last year began on March 9th (2020). That means, for many Jews, last year’s Purim celebrations were the start of their experience of the global pandemic. It may have been the last time they were gathered physically with people outside of their household, or the first time that something that they had been looking forward to was cancelled because of the pandemic. For a friend of mine, it was the holiday that exposed her to the coronavirus, an illness whose symptoms she continues to experience to this day.

Now, I am watching many of us prepare for Purim with trepidation, and maybe a little more trauma.

While there is plenty of trauma in the story of Purim, the central theme of the holiday is actually joy. In fact, the entire month of Adar, the Hebrew month in which Purim falls, is supposed to be one of immense joy. This year, the joy of the holiday feels out of reach for many. I finally found my way to the joy of this season by focusing on another aspect of the holiday – the commandment to feed others.

In addition to feasting, and reading the Book of Esther, there is a sacred obligation on Purim to send gifts of food to friends, and to give food to those in need. As Purim neared, my friend Matt and I realized we wanted our Purim celebrations to include the fresh, lovingly prepared and locally grown, foods of our local farmers market.

We pitched the idea of running two programs through the farmer’s market. The first was one where people could buy the traditional gift bags of food (known as ‘mishloach manot’) to deliver to friends. The second (known as ‘maatanot l’evyonim’) was one where people could participate in the tradition of giving gifts of food to strangers struggling with food insecurity right here in our own west Toronto neighborhood.

As we developed the programs, I was clear that I wanted the people receiving “matanot l’evyonim” not just to receive food, but to do so with celebration and dignity. We decided that instead of giving out food boxes, we would give gift certificates so that people could shop at the market alongside everyone else. We prepared gift certificate codes that we could distribute to people who requested support through a simple online form. We listed both gift giving options directly on the farmer’s market online store, right alongside the fresh eggs, overwintered carrots, and heirloom variety seeds. We also added hamantaschen (traditional Purim cookies), and even capes and masks, to the menu. This meant that anybody who shopped through the market, Jewish or not, could choose to purchase a gift certificate and we would pass it on, on their behalf, to someone in need.

I decided to publicize both ends of the Matanot L’evyonim program – the “giving” and the “receiving” – side by side on Facebook. I posted about the program on some hyper local Facebook groups, as well as a few nearby Jewish ones, and our very active CareMongering group. The results were almost instantaneous. In less than 3 hours I got 22 requests for assistance. The requests were accompanied with gratitude for the support, and even with gratitude for teaching them a little bit about Jewish culture.

What I didn’t expect was the gratitude that started pouring in from people donating to the program. The Facebook comments were filled with enthusiasm for the idea, for making it possible to help out our neighbors, and particularly for having such a public platform in which to share this as a Jewish value.

One email we received, from Rachel, (a market regular who gave me permission to share this), summed up the sentiments we had been hearing:

“I wanted to drop a line to say that never in my life did I ever expect to see my farmers’ market include matanot l’evyonim. I was touched to see this recognition of Jewish community members and embrace of our holidays and celebrations. The thoughtfulness in the curation of and creativity in items included in the Purim section really impressed me and I wanted to share that with you. I feel touched and cherished. I can’t believe how lucky I am to live in the neighbourhood and call you my local market!”

What Rachel said really struck home for me. I don’t think that many people understand how strong the pressure to assimilate is, even in a multicultural city in 2021. This email reminded me that my experience of assimilation, and pushing against it, is not just on the personal level, but on the communal as well.

I saw how much it mattered to Jews in my neighbourhood to have our culture and values be seen and given space and honor, in such a public way.

Maybe it is subtle, but I thought back to one small comment when we were first discussing the initiative with our very supportive market team. Someone was wondering how the initiative would go and said “We have never done anything religious at the market.” I didn’t say anything at the time, but I immediately thought back to December, when we had “holiday boxes.” It was a well-intentioned comment, meant as a show of support for the initiative, but for me, those holiday boxes had been marking a religious celebration, based on a Christian tradition of gift giving. And removing the word “christmas” from them did not erase their religious significance for me.

What is so powerful about this initiative is that it gives us as Jews a chance to participate in our tradition in a meaningful and visible way — on its own terms while being integrated into our wider community.

This is the opposite of being masked. Which is all the more appropriate for a holiday that is about masking and unmasking, and telling the story of Esther, who felt she had to hide her Jewish identity in the palace until the moment came for her to reveal herself. While less dramatic, the ability to bring our Jewish selves and traditions (including the tradition to help others) into the community of the farmer’s market has been an unexpectedly powerful gift.

That I am helping this happen in my neighbourhood of downtown Toronto brings me immense joy this Purim. 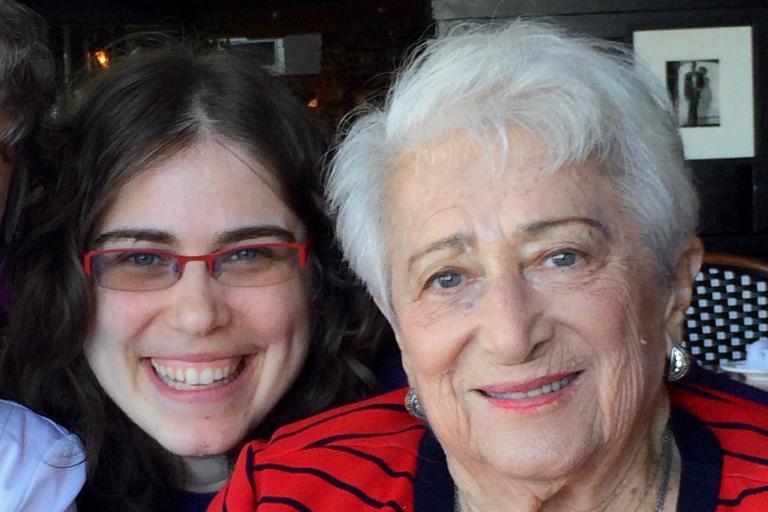 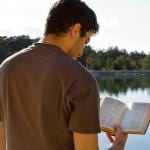 January 28, 2021
We Need To Re-Think Muslim-Jewish Relations in the U.S.
Next Post

February 24, 2021
Browse Our Archives
get the latest from
Religion Now
Sign up for our newsletter
POPULAR AT PATHEOS Public Square
1

Why parts of Good Friday worship...
The Conversation
Related posts from Religion Now