I am a pro-science, a Christian and I’ve been vaccinated.

Why do I feel the need to clarify that I am pro-science before stating that I am a Christian? It’s 2021. Isn’t everyone, even Christians, pro-science? Well, unfortunately no.

One of the largest religious groups in our country, also one of the most influential voting blocs over the last forty years, has been incredibly resistant to getting vaccinated against Covid-19.

Why is it that so many evangelical Christians have been resistant, if not outright refused, to get vaccinated? It’s an important question to ask as the Delta variant rages across the United States spreading rapidly among the unvaccinated.

According to research done by Public Religious Research Institute, back in March, 28% of white evangelicals were hesitant to get vaccinated and 26% refused. That’s a staggering number. Similar percentages are corroborated by a Pew Research poll. Thankfully these percentages dropped in June, according to PRRI, with 20% being hesitant and 24% refusing to get vaccinated.

While vaccination hesitancy has decreased since March, why is it that evangelical Christians are so hesitant to get vaccinated?

#1. Evangelicals are deeply influenced by their pastors.

Allegiance is often a double-edged sword for evangelicals. On the one hand they have a stated commitment to the truth, and yet, on the other hand, there are certain power dynamics fundamental to evangelical church culture that insulate them from being open to views outside their religious context. While this phenomenon is not at all unique to evangelicals, they are very susceptible to it, especially if they grew up in it. As a former evangelical minister, I have personally experienced this dynamic play out in the ministry. Let me explain.

Evangelicals are often taught they should respect authority, drawn from Bible passages like Hebrews 13:7. Pastors often use respect to suggest that the congregation should follow and implement the stated vision and mission of their church. But it also plays out in politics. If a pastor suggests their congregation votes for particular ballot issue or candidate, it is assumed that much of the congregation will do so.

With that logic in mind, if an evangelical pastor has openly spoken out against getting vaccinated, this has the potential of influencing many in their congregation. Because of this, there will tend to be a higher percentage of anti-vaccination sentiment.

Even if a pastor has gotten vaccinated, if he or she does not publicly talk about it at the pulpit or publicly encourage others in their congregation to get vaccinated, this will more often than not be interpreted as a stance of indifference to Covid or the harsh reality of the pandemic.

This is not to say all evangelicals do whatever their pastors say and do, but it is say that respect and loyalty to one’s pastor has often been interpreted as following that pastor’s advice or direction.

#2. Evangelicals are much more likely to distrust Democratic leaders and policies and embrace Republican ones.

Within the broader evangelical church culture across America, Democrats are viewed as liberals and worldly. Evangelicals often talk of the “liberal agenda,” which for evangelicals means any policy that rejects their moral values.

Pastors and leaders often publicly encourage their congregants to vote for “pro-life” policies (which nearly always refers to their anti-abortion stance rather than other pro “life” policies that Democrats move forward).

You would think that if a religious group or individual make a firm stance at being “pro-life” they would have supported mask mandates, social distancing and the vaccination effort against Covid-19, all proven to save lives. But ironically, this was not the case in large swaths of evangelical churches across the United States. In fact, many spoke against all three. Not all, but many.

Actually, it was mostly Democratic political leaders, at the national and state level, who urged for public health measures while Republican leaders worked against them all across our country for most of 2020 and 2021. Evangelicals, who typically vote for Conservative Republican candidates often interpreted these fights over public health measures as some sinister ploy of the Democrats because, after all, surely Republicans have the upper hand on “pro-life” issues.

#3. Evangelicals were much more likely to vote for, support and trust former President Trump.

Having a Republican President at the helm of this country only emboldened evangelicals, at least those who seemed to trust every word he said. If Trump downplayed the pandemic; many of them downplayed the pandemic. If Trump didn’t wear a mask; many of them didn’t wear a mask. Trump spent the majority of his public addresses, particularly in his rallies in the Spring and Summer, downplaying the pandemic and criticizing Democrats for supporting public health measures.

The irony of course is that our former president himself contracted Covid, and there were signs his health took a turn for the worse in November. As president, he had at his disposal, the best that medical science had to offer, unlike most Americans who are less fortunate. Of course, when Trump recovered (not withstanding his excellent care) this was fuel for many evangelicals who, like Trump, had downplayed the severity of the pandemic. In January, the former president received the Covid vaccine, but he didn’t spend any time in January publicly urging his supporters, including evangelicals, to get one.

#4. Evangelicals are more likely to support and tout personal freedom over government intervention, even if that intervention is for public safety in the middle of a worldwide pandemic.

Evangelicals, who often vote Republican, often support policies that push back on government influence in their personal lives. Since many evangelicals are more likely to trust and follow the advice of Trump and other Republican leaders who downplayed the pandemic, support of personal freedom over government restrictions (like mask mandates, social distancing or shutdowns) was a natural byproduct.

#5. Evangelicals are much more likely to turn to Fox News, OAN and Newsmax as news sources.

The last, and probably the most influential contributor, to the ongoing antivaccination sentiment among evangelicals has been their go-to new sources. Evangelicals are far more likely to get their news about Covid from far-right news media (like Fox News, OAN and Newsmax). Yet these same media networks were the leading contributors to misinformation surrounding the coronavirus pandemic over the last year and a half.

Not all evangelicals are anti-vax

There are of course plenty of evangelical churches and evangelical pastors (thankfully!) who have been vaccinated, encouraged their churches to do the same and have gone public on various news outlets and on social media to encourage many other evangelicals to get vaccinated.

So what’s the solution?

According to Public Religious Research Institute, “nearly four in ten Americans who attend a religious service at least four times a year (38%) say one or more faith based approaches would make them more likely to get vaccinated.”

Based on this data, evangelical pastors have an opportunity to make a real difference in encouraging vaccinations among those in their congregation. Whether that means talking about vaccinations from the pulpit, hosting a workshop at the church where local health officials come to inform congregants of the severity of the pandemic and how vaccines help to ensure the defeat of Covid as we move toward herd immunity, or perhaps creating an online forum where people could share their concerns and qualified professionals under the direction of the pastor could provide responses to those concerns.

The fight is not over. It’s time for evangelical pastors, individuals and churches to step up. It’s time to come together as Americans and defeat this virus.

About Peter E. Watts
Peter is an educator, author, blogger/vlogger, “unofficial” theologian and activist. He earned a Bachelor of Arts in Biblical Studies with a concentration in pastoral ministry from Life Pacific College (now Life Pacific University) and a Master of Arts in Teaching with a concentration in the Social Sciences from George Fox University. He is the author of Authentic Christianity: Why it matters for followers of Jesus. He and his beautiful wife Naomi are based in the Greater Seattle area. Find out more by visiting faithrethink.com. You can read more about the author here.
Previous Post

August 13, 2021
The Little-Known Jewish History in the Heart of Germany
Next Post 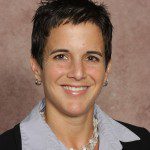