Doctor Who: The Macra Terror

The lost Doctor Who episode “The Macra Terror

” features that classic sci-fi trope, which had already appeared in Doctor Who prior to this, of a society that seems too perfect, and which in fact conceals a dark secret, as well as inevitably using mind control to keep people content. The scenario will likely also bring to mind George Orwell’s 1984, with its vision of a society with mandatory contentedness, omnipresent fake figurehead, and brainwashing.

The Macra are crab-like creatures who have in essence infested this human colony like parasites, and now live by manipulating the humans to provide for their needs. 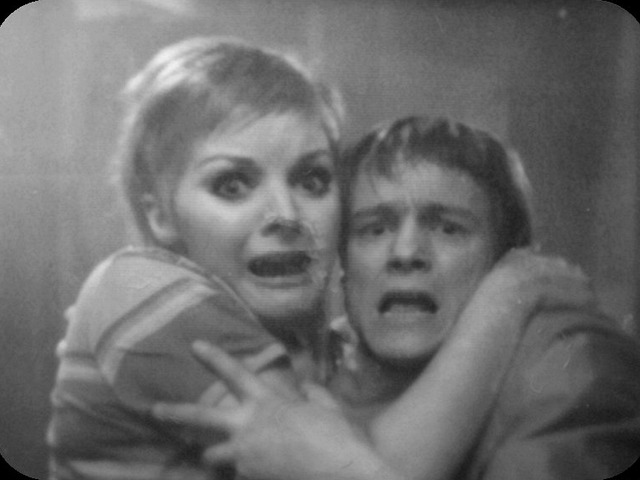 The episode works rather well as a parable of culture, and the ways in which we are conditioned to join in enthusiastic praise for our society’s norms and status quo, and to turn a blind eye to its problems. While in some societies (communist China and pre-revolution Romania come to mind) this may find more obvious expression, it seems to be no less true in other societies, including our own – whichever those may be. Singing helps generate patriotism and other forms of enthusiasm for the way things are, which our society defines as they way things are supposed to be.

The Doctor has a number of good lines, including his questioning of why the colony’s leaders want everyone to be the same, and his suggestion towards the end that “Bad laws are made to be broken.”

It is interesting to see that since the episode first aired back in 1967, the Macra, far from being neglected and forgotten, have appeared more recently in the post-hiatus series (in the episode “Gridlock”). They also feature in a forthcoming book, Doctor Who: Decide Your Destiny – Claws of the Macra

From the original episode, only snippets remain. Here is one:

Apart from such fragments, the options are to read the novel or listen to the audiobook

February 7, 2012
Ten Really Bad Reasons to Believe in a Historical Adam
Next Post

February 8, 2012 Creationism and Global Warming in a Nutshell
Recent Comments
2 Comments | Leave a Comment
Browse Our Archives
get the latest from
Religion Prof: The Blog of James F. McGrath
Sign up for our newsletter
POPULAR AT PATHEOS Progressive Christian
1