Doctor Who: Trial of a Time Lord: The Ultimate Foe

The fourth and final section of “The Trial of a Time Lord,” encompassing the last two parts, is known as “The Ultimate Foe.”

. In it, the Master appears as a sort of diabolus ex machina, not to reveal himself to have been behind what has been going on, but to reveal instead that the Valeyard is none other than the Doctor himself, an amalgamation of the Doctor’s negative aspects, supposed to have been created between the Doctor’s twelfth and final regeneration.

The trope of the negative side of a hero being separated out and seen as a separate individual is familiar from other sci-fi series, most famously perhaps in The Strange Case of Dr. Jekyll and Mr. Hyde

, but also unforgettably in “The Enemy Within,” an episode of Star Trek: The Original Series explored in Beth Danna’s chapter in Religion and Science Fiction

. There is also perhaps a similarity with the treatment of the Dream Lord in the more recent Doctor Who episode “Amy’s Choice,” in which the Doctor once again becomes his own accuser, although in this case more plausibly accusing himself of his own moral failures, rather than wishing to be free of his own moral principles.

When the Master reveals that the trial was aimed at covering up corruption on Gallifrey – the high council had traced a breach in the matrix to Earth (which was framed) and moved the planet in response, and to cover the matter up. Was the message that it was the BBC rather than Doctor Who that ought to have been on trial? 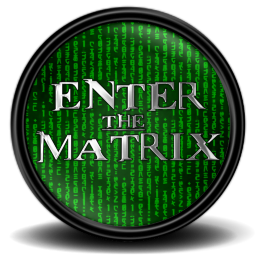 There are few religious or ethical explorations of any profundity. There is a mention of death as “the ultimate reality” and some exploration, however minimal, of the idea that there is some evil in all of us. Since the Valeyard survives at the end, perhaps one day they will bring him back to explore the topic properly. And of course, there is the Doctor’s willingness to sacrifice himself, when it turns out that he in fact knew he was in a matrix illusion – which might be usefully compared to how some view the sacrifice of Jesus, i.e. as the act of one who knew that death was not the end and so for whom it was not really a sacrifice at all. Also worth mentioning is the fact that, for all their godlikeness in certain respects, the time lords, said to be the oldest civilization in the universe, some ten million years old, are not consistently morally superior to others. This raises the question of moral evolution and progress, and what it is or is not reasonable to hope for in a species’ long term existence.

On a somewhat related note, here’s a comparison of how long the various Doctors played the role for.

March 11, 2012
Fred Clark Highlights the Ridiculousness of Left Behind
Next Post

March 12, 2012 A Beatles Retrospective from the Year 3009: The Perils of Historical Reconstruction Illustrated
Recent Comments
0 | Leave a Comment
Browse Our Archives
get the latest from
Religion Prof: The Blog of James F. McGrath
Sign up for our newsletter
POPULAR AT PATHEOS Progressive Christian
1