Chick-fil-A Coupon: Trade Your Homosexuality for a Chicken Sandwich

I thought for sure that there must be some good bits of humor out there related to Chick-fil-A (sorry, I meant “chicken restaurant that must not be named”), given the current controversies. But the web’s offerings were surprisingly few – barely an extra-small fries’ worth. But then I found the coupon below on a site called “Chick-fil-A Foundation”, which I think is actually from months ago, which seems like it is worth circulating now:

There is also another coupon on the site offering a free sandwich to traditional couples.

I think that satire is likely to be a more effective weapon in the controversy over Dan Cathy’s views and donations, and the broader social and cultural issue of gays and lesbians having the right to marry, than protests and boycotts.

And so where are the satirists? What are they working on, to bring painfully sharp witted insights to bear on this matter? Anyone come across any satirical treatments of this topic that are worth sharing? And what do others think? Is the struggle to change public opinion as well as legislation best waged through protests and boycotts, or satire, or some other means?

July 31, 2012 After the Exile: The Transition from Pre-Exilic Judah and Israel to Post-Exilic Judaism
Recent Comments
3 Comments | Leave a Comment
"That’s the point I made in the blog post to which this one was a ..."
James F. McGrath Why Jesus was Made White
"Whilst I get the point of this article and agree that Jesus probably looked like ..."
Lotharson Why Jesus was Made White
"to convert romans."
Brandon Roberts Why Jesus was Made White
"I don't know if it's necessarily helpful to argue that because later authors found something ..."
John MacDonald Revisiting the Empty Tomb
Browse Our Archives
get the latest from
Religion Prof: The Blog of James F. McGrath
Sign up for our newsletter
POPULAR AT PATHEOS Progressive Christian
1 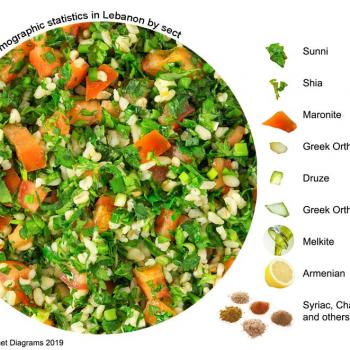