The God of the Bible and the Genome

I came across this quote from Francis Collins on Reddit: 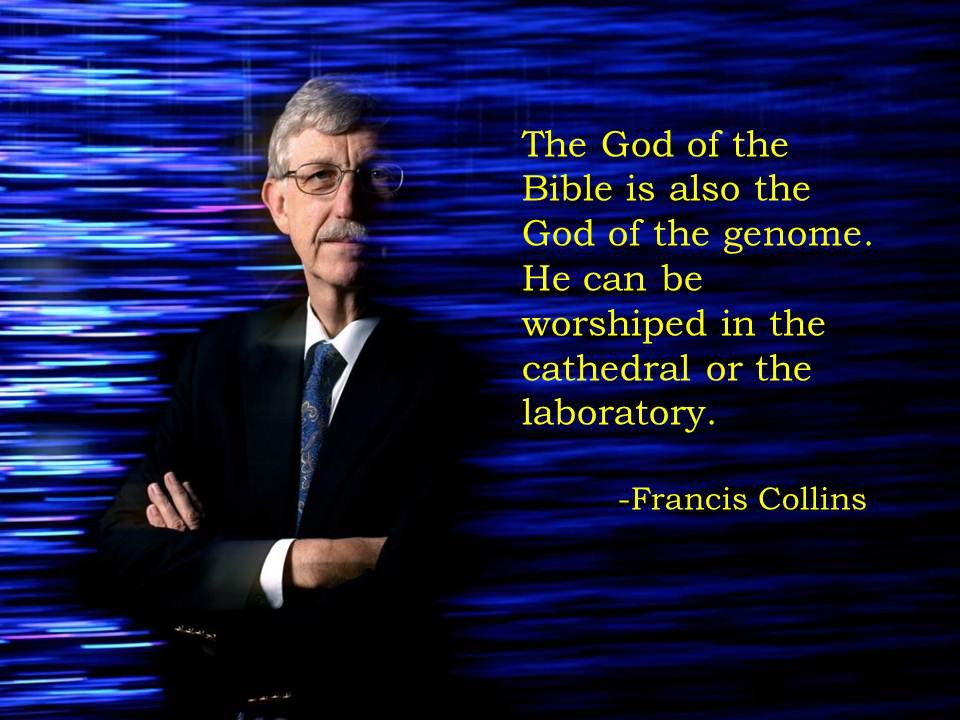 I am sharing it because I thought it might lead to some interesting discussion. On the one hand, Collins’ perspective is an important and helpful one, since it illustrates that it is possible for people of faith to embrace mainstream science.

And yet I don’t think that embracing of science can leave one’s faith unchanged, and that isn’t a bad thing. The Bible doesn’t know God as “God of the genome” because it doesn’t know the genome. And our greater understanding of nature and of human beings means that the God previously thought of as “nature’s God” and “the God of humankind” cannot simply be thought of in the same ways as previously when we understand those domains differently, or simply better.

I emphasized this point in my Sunday school class last week, in which we were up to Revelation 6, and so talked about the famous “four horsemen of the apocalypse” (on their treatment in the Left Behind series, see Fred Clark’s recent post). I soon found myself talking about the depiction of God in the Bible, and in some circles today, as one who hurls storms and earthquakes at human beings to inflict punishment upon them. Such a depiction clearly does not view God as all-powerful. If by the “God of the Bible” we mean “God as depicted in the Bible” then we can pinpoint the Bible on a trajectory. At least some of its writers are at the stage of taking all the separate gods that in a a polytheistic context are identified with or responsible for various natural phenomena, and rolling them into one. But there is a trajectory within the Bible which points beyond that, to a God who is greater than that, and not a being whose power is merely the ability to hurl either earthquakes or floods at human beings. A God whose weapons are natural phenomena, with earthquakes still happening along fault lines and hurricanes primarily along coastlines, is not supreme or ultimate, when thought of in a world in which we understand the actual and sufficient causes for natural phenomena.

And so I find myself both appreciating and pausing at Francis Collins’ words about the God of the Bible and the God of the genome, and the possibility of scientific investigation and understanding being an act of worship. For it is surely not a matter of simply taking the Bible’s depiction of God and repeating them in our very different context, but of noting the Bible’s trajectory, and finding ourselves appreciating our current perspective as one which may owe much to the Bible, but in light of the genome, and the Hubble telescope, and much else, also sees the need to go beyond what the Bible says, precisely because within the Bible we see a trajectory in its depiction of God, one that need not end where the Bible does.

And so then the key question becomes, “How must we think differently about God – the same ultimate reality that both the Biblical authors and we ourselves point to inadequately – when viewed in light of the genome and other scientific knowledge?”

How would readers answer that question?

August 25, 2012 Restoring Jesus
Recent Comments
65 Comments | Leave a Comment
Browse Our Archives
get the latest from
Religion Prof: The Blog of James F. McGrath
Sign up for our newsletter
POPULAR AT PATHEOS Progressive Christian
1

Silence is Not Always Golden: Class Participation in...
Classes start on my college campus three weeks from this coming Monday....
view all Progressive Christian blogs
What Are Your Thoughts?leave a comment
Copyright 2008-2020, Patheos. All rights reserved.